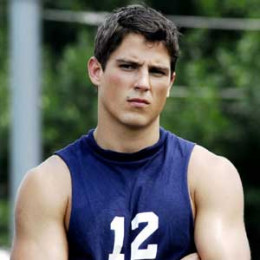 Sean Faris is American actor, producer widely recognized for his appearance in big screen movies like Forever Strong, Never Back Down, and The King of Fighters. Sean portrayed Ben McKittrick on the TV show The Vampire Diaries wich was aired for three episodes. He was nominated Young Artist Award for his best performance in the feature film, Young Ensemble Cast and won Young Hollywood Award.

Sean Hardy Faris is now famous as Sean Faris was born on March 25, 1982, in Houston, Texas USA. He was raised in a middle-class family by his father, Warren Stephen Faris, and mother Katherine.

At the age of 12, he moved to Ohio with his family and later attended Barbizon Modeling and Acting School in Cleveland.  During that time, he competed for International Model & Talent Association and was named the Junior Male Model of the Year. Soon after which he graduated from Padua Franciscan High School and relocated to Los Angeles, California to pursue his acting career.

Sean Faris after his graduation starred in different movies and TV series. He began his acting in 2001, with TV series Undressed, where he played the role of  Darren and the same year he debuted in three different movies Twisted, Pearl Harbor and The Brotherhood II.

He gained further recognition after portraying the role of William Beardsley in Yours, Mine, and Ours. For his 2004, movie Sleepover Faris was also nominated for the Young Actors Award at the 7th Annual Young Hollywood Awards.

Versatile actor Sean played in numerous movies such as Algorithm: Bliss co-starring Ryan Farrell, Forever Strong, Never Back Down, Ghost Machine, Lost for words, Adulterers while his TV Series includes House Blend Smallville, Life As We Know It, The Lost Valentine, Pretty Little Liars and so on.

The model turned actor, Sean first dated Amber Heard in 2007. The two co-stars met on the sets of Never Back Down. The pair were enjoying each others company and that clearly reflected in their on-screen chemistry. Unfortunately, this relationship didn’t last for more than a year when Amber Heard broke up with him and married another actor Johnny Deep.

Soon after that, he had a love affair with Breanne Racano for 3years(2009-2011). The pair alleged affair was the hot topic in the town. They were supposed to get married, but unfortunately, it ended in a breakup. In 2013, he was rumored to be dating Kate Upton.

Sean was again seen with Cherie Daly, a popular Television actress who performed in some of the shows like HBO's The Newsroom and ABC Family's Freedom, Pretty Little Liars. They started dating from April 2015. It wasn’t until May of 2015 they posted pictures of one another on social media.  Recently, the news sources reveal that the duo might start their life as a husband and wife very soon.

Sean Faris is a well-established actor of Hollywood Industry. He has a high profile life and lives a lavish lifestyle. As of 2017, Sean's current estimated net worth is around $1million.