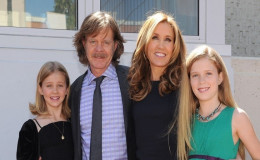 An American actor, William H. Macy is today living along with his wife, Felicity Huffman after dating for years and their two daughters.

Do you believe in love at first sight? Spending an entire life with such love is something like impossible, isn’t it? But today we have such an amazing couple who is still together since a long period of time after falling in love with each other at first sight.

The couple is none other than, the Hollywood couple, actor William H. Macy and actress Felicity Huffman. After several obstacles in their life, finally, they are together and living a happy married life along with their two children.

They not only blossomed their relationship but also helped each other to flourish their career as well.

So, if you want to know more about the relationship, married life and children of such an amazing couple then stay on our page.

Living a blissful married life with his wife, Felicity Huffman after several obstacles

Actress, Felicity, the wife of William was terrified while they were in a relationship for almost 15 years. Due to such reasons, they were in an on-off relationship. But she took a big step and now they are one of the successful and happy couples in the industry.

You took me home in 1985. You married me in 1997. You give me a thrill every time you walk through the door. Thank you for marrying me 20 years ago today. @williamhmacy

Though she was afraid of getting married, it was all because she came from a family with a broken marriage. In an interview, she stated about the fear,

‘’ I was so scared of marriage that I thought I would've preferred to step in front of a bus. I thought I'd disappear. Men's stock when they get married goes up. Women's stock goes down.’’

The pair who fell in love at first sight with each other after meeting at New York City’s Atlantic Theatre Company finally got married on 6th September 1997 in an intimate ceremony.

As of today, I've been married to Felicity Huffman for 17 years. Of my countless blessings, she's the greatest. pic.twitter.com/8OBGzM2BSX

Felicity, finally, was ready to get married after their 5 years of break up and the rest we all know. From that day to till today the couple is very happy and are blessed to have each other. This can also be proved by the statement of her,

‘’ You married me in 1997. You give me a thrill every time you walk through the door. Thank you for marrying me 20 years ago today.’’ 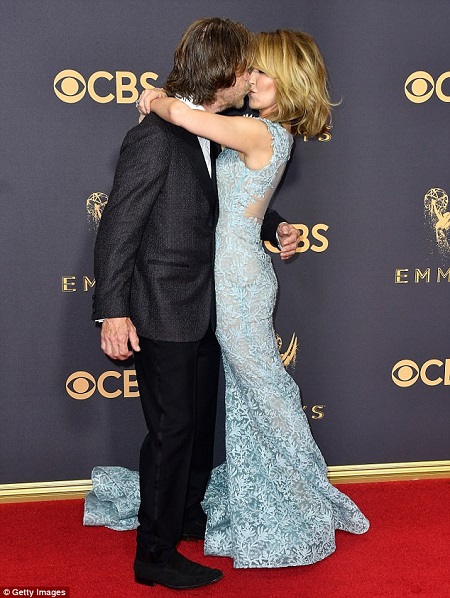 William and Felicity on the PDA on the Emmys red carpet, Source: Daily Mail

Today it’s been 20 years that they are committed to each other and their love towards each other has never changed.Due to such great chemistry, they became the second couple to receive Hollywood Walk of Fame after Richard Donner and Lauren Shuler Donner. 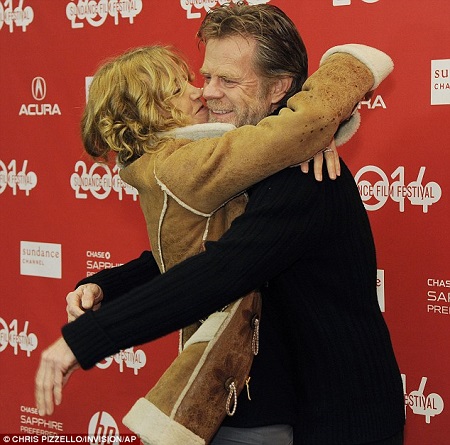 The pair with such amazing bonding is till today free from any types of rumors about their divorce and extramarital affairs. And we hope for the couple’s happiness and prosperity.

Many of William might know about his marriage with Felicity. But you might not know about his past relationship as he was already married in past and made Felicity as his second wife.

Before marrying his current wife, William was married with his first wife named, Carla Santos Shamberg in 1980. William was at his initial phase of his career when he tied his knot with Carla. 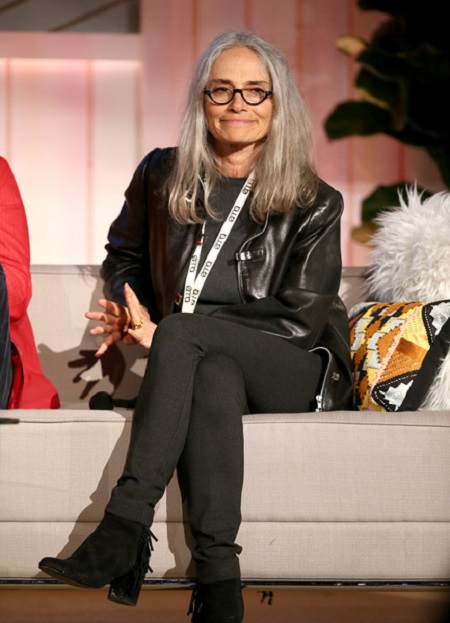 Carla onstage during 'The Impact of Storytellers on Our Planet' panel at the EMA IMPACT Summit, Source: zimbio.com

But unfortunately, the relationship did not last for long and got divorced after five years of relationship in 1985 for some unknown reasons. After their divorce, both of them moved on in their life and are today happy with their respective partners.

William H. Macy is a father of three children

William’s only son named, William H. Macy III was born from his first wife while they were in a relationship with each other. But only limited information is available about his son as well.

Moreover, William is also the father of two daughters who was born from his second wife, Felicity. The first one was born after three years of their marriage and named her as Sophia Grace.  Few years after the birth of their first daughter, Felicity became pregnant for the second time and gave birth in 2002 and named as, Georgia Grace. 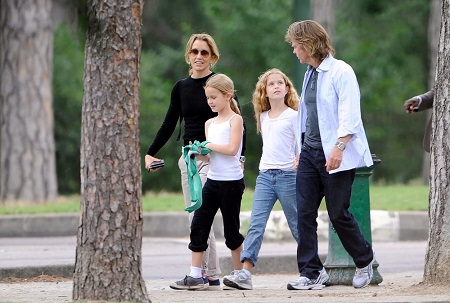 The family walking on the street, Source: zimbio

Furthermore, the couple welcomed their two daughters and very happy with each other. The proud parents somehow manage to take proper care of their children despite their busy schedule of work. 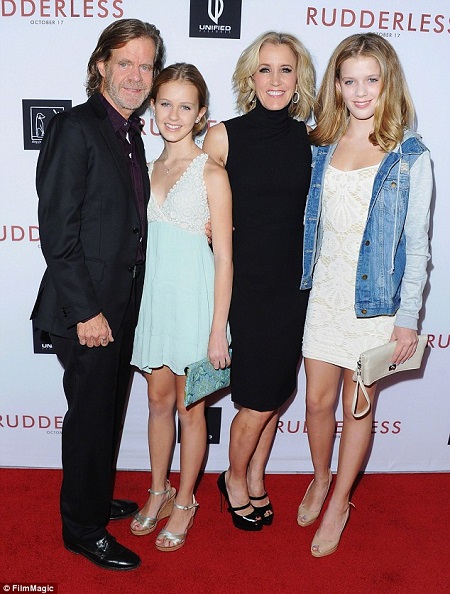 The family was spotted in many places together either in any events or in holidays having fun with each other. 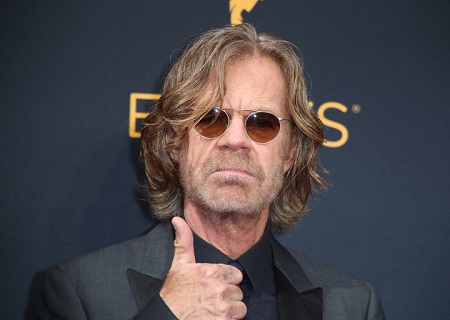 For more gossips and news keep following our page!!