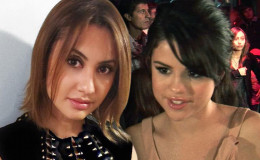 Everything fades away but Friendship remains!!!
Francia Raisa set up a perfect example of great friendship as she donated a very vital organ to her best friend Selena Gomez.

Due to her problem with the disease Lupus, Selena needed a donor. Well, she got one and that too from her best friend.

Francia and Selena showed the world the real importance of friendship. These days when best friends or what they call it, BFF's, are fighting over small things, the actresses remain in good faith with one another. 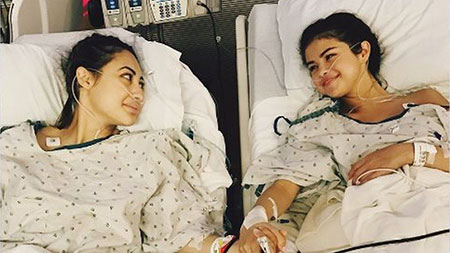 Selena and Francia after the successful completion of the transplant, Source: BBC

So many of might we aware that Selena was diagnosed with Lupus in 2015. She kept the information regarding her disease under curtains, and even her ex-boyfriend Justin Bieber didn't know about it.

While she was getting her treatment, she took a long break from her career as due to the problem, she was also suffering from anxiety, panic attack, and depression.

For those of you that don't know, Lupus is a disease in which the body attacks itself unknowingly. The disease mostly took its toll in her kidney.

I’m very aware some of my fans had noticed I was laying low for part of the summer and questioning why I wasn’t promoting my new music, which I was extremely proud of. So I found out I needed to get a kidney transplant due to my Lupus and was recovering. It was what I needed to do for my overall health. I honestly look forward to sharing with you, soon my journey through these past several months as I have always wanted to do with you. Until then I want to publicly thank my family and incredible team of doctors for everything they have done for me prior to and post-surgery. And finally, there aren’t words to describe how I can possibly thank my beautiful friend Francia Raisa. She gave me the ultimate gift and sacrifice by donating her kidney to me. I am incredibly blessed. I love you so much sis. Lupus continues to be very misunderstood but progress is being made. For more information regarding Lupus please go to the Lupus Research Alliance website: www.lupusresearch.org/ -by grace through faith

The singer was in a search for a donor and what sheer luck to find her best friend as her donor. Both of them are now blood sisters.

After she announced that the operation was successful, she posted an image of their operation and captioned a big heartfelt gratitude to her friend.

Selena has already recovered from her operation as she was recently spotted in New York. She is currently working on an unknown Woody Allen's project alongside, Timothee Chalamet.