Home Article American Attorney-Politician Tim Kaine Is In A Longtime Married Relationship With Wife Tim Kaine; Their Family And Children

American Attorney-Politician Tim Kaine Is In A Longtime Married Relationship With Wife Tim Kaine; Their Family And Children 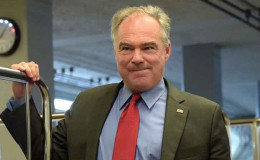 Couples that stay together for decades certainly carry a unique charm that makes them adorable. Tim Kaine is one such celebrity who shared wedding vows with his spouse in the mid-1980s with no sign of conflict ever since.

Couples that stay together for decades certainly carry a unique charm that makes them adorable. Tim Kaine is one such famous personality who shared wedding vows with his spouse in the mid-1980s with no sign of conflict ever since.

Kaine is mostly well renowned for his professional prowess. Today, in this section we'll talk in detail about his family life and kids.

Tim Kaine is married to his wife Anne Holton. The couple tied the knot on 24th November 1984.

Tim and Anne first met at Harvard Law School. After graduation, Kaine and Holton moved to Richmond, Virginia which happens to be Holton's hometown. 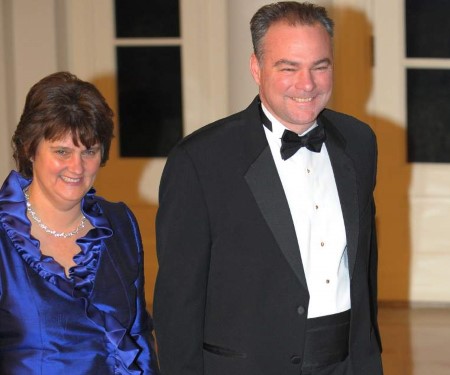 Holton worked as a judge for the Virginia Juvenile and Domestic Relations District Court in Richmond. She then served as the first lady of Virginia during her husband's term.

Later, Anne was appointed as Virginia's secretary of education by Governor Terry McAuliffe in January 2014. She held the position until July 2016 before stepping down after her husband was named as the Democratic vice presidential candidate.

The couple is actively involved as congregants of Richmond's St. Elizabeth Catholic Church, a mostly black congregation, for 30 years. In fact, the Richmond church hosted his wedding in 1984 and the baptism of his three kids.

Moreover, Kaine was a tenor for several years in the men’s choir. This was until politics prevented him from making weekly rehearsals.

The pair shares three children together, two sons named Nat Kaine and Woody Kaine, and a daughter named Annella Kaine. They were born in 1990, 1992, and 1995 respectively. Their eldest son Nat is a United States Marine. 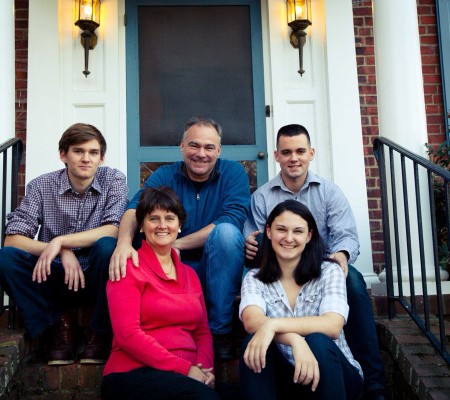 The couple is together for over three decades with no rumors of a conflict. It can be safely assumed this adorable duo is living a blissful married life. In fact, the entire family of five look delightful together.

Kaine was first elected to public office in 1994 after winning a seat on the City Council of Richmond, Virginia. He was then elected as the Mayor of Richmond in 1998 and remained in the position until he got elected as Lieutenant Governor of Virginia in 2001. 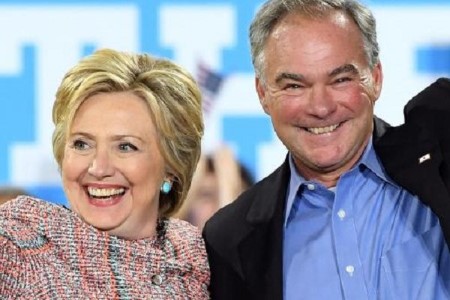 On 22nd July 2016, Hillary Clinton announced that she had selected Kaine to be her vice presidential subordinate in the 2016 presidential election. The 2016 Democratic National Convention subsequently nominated him on 27th July.

Despite winning a plurality of the national popular vote, the Clinton-Kaine ticket lost the Electoral College and subsequently lost the election.

The duo was defeated by the Republican ticket of Donald Trump and Mike Pence on 8th November 2016. He is currently serving as the junior United States Senator from Virginia since 2013. 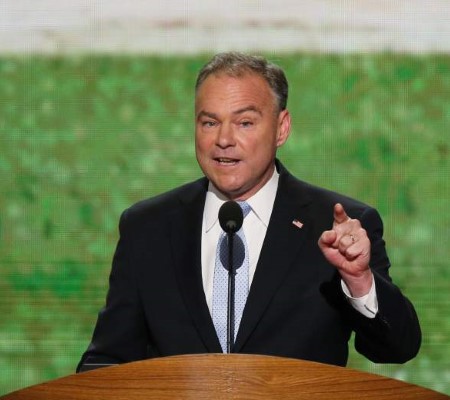