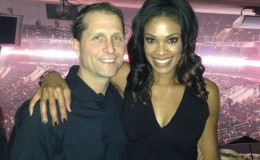 The American Basketball Coach Eric Musselman currently heads the University of Nevada, Reno. The former head coach of the Golden State Warriors of the NBA made a cut to the 2019 National Coach of The Year.

Despite his large fanfare and stardom, Eric relishes a sound and smooth relationship with his wife and children.

Many still wonder, 'Is the Ameican Basketball Coach Eric Musselman Married?','Who is the wife of Eric Musselman?'. Down below we've covered everything you need to know about Eric Musselman's married relationship including his voyage to becoming the National Coach of the Year 2019.

The American Basketball coach Eric Musselman walked down the aisle with the love of his life Danyelle Sargent on in 2009. 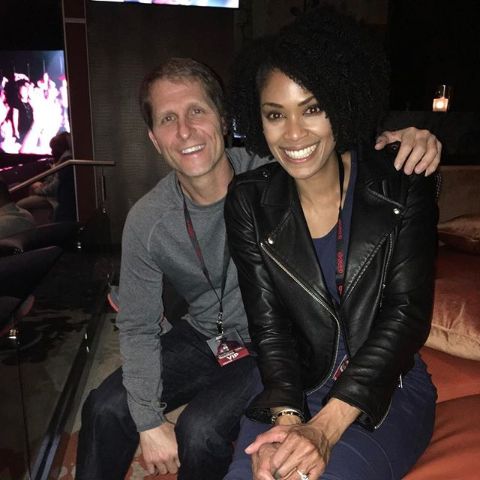 It all started after the former coach of Sacramento Kings, Eric met Danyelle when she moderated a panel on coaches, handling the media responsibilities. The man in the audience indeed fell in love at first sight with the sports reporter.

After dating a couple of times, Eric and Danyelle bonded strongly with each other. Subsequently, Eric took a big step in his life after getting hitched to the Florida State University alum, who worked for ESPN.

Nevertheless, the wedding details of them are still in the dark. Although, it is known that the pair vowed 'I Do' in a low key wedding ceremony with the presence of family and friends. 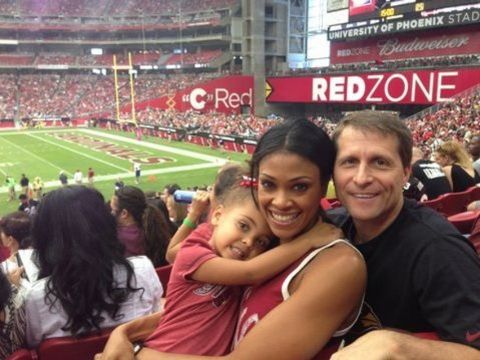 Danyelle and Eric Musselman with their daughter.
SOURCE: Reno Gazette-Journal

Well, it's been nearly a decade that the couple tied the knot and still going on strong and even crazier. Especially, the pair made everyone jealous of their romance while holding each other hands in public.

In the meantime, Eric and Danyelle got the opportunity to become proud parents of one child. Reportedly, the duo gave birth to a baby daughter Mariah Musselman, after a year of their nuptials in 2010.

Well, the 8 years old kid is already famous for interviewing her father.

"What's harder, waking me up or going into overtime?" @NevadaHoops head coach Eric Musselman's daughter Mariah interviews her dad ahead of the Wolf Pack's matchup vs. Cincinnati! #MarchMadness pic.twitter.com/ZZ24WhuZuE

However, he also fathers two children; Michael Musselman and Matthew Musselman from his past relationship, though, Eric remained cryptic opening about his previous wife.

Be that as it may, there are no controversy and an extramarital affair after they went down to the altar, that may hinder the chemistry between these lovely pair.

Together, the beautiful family relishes a blissful life at their home in Reno, Nevada. Well, we wish a long life journey with peace and prosperity to the Musselmans'.

Eric Musselman, 54, made a cut to the national coach of the year after getting selected with other 15 nominees. Reportedly, Eric got nominated for the special honor after the Naismith Award announced his name along with the name of different states coach. 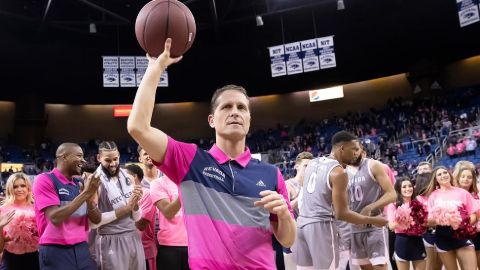 Most importantly, last year was an outstanding season for Eric. Nevada Wolfpack got ranked in the top 12 of the nation with a 14-game win streak and another 10-game win streak during the year.

Also, Nevada currently stands at the 25-2, which embarks the third-most wins throughout the nation while bagging second-fewest losses.

You May Like: Basketball Player Brooke Pumroy Was Reportedly Pregnant With Head Coach Tyler Summitt' Child; Is The Rumor True?

Looks like, this year is surely for Eric. Above all, he falls amongst the five coaches from a non-power conference to make it to the National Coach of the year. The fellow coaches are Buffalo's Nate Oats, Wofford's Mike Young, Houston's Kelvin Sampson, and Gonzaga's Mark Few.

Here's the full list of nominees for the National Coach of The Year 2019; 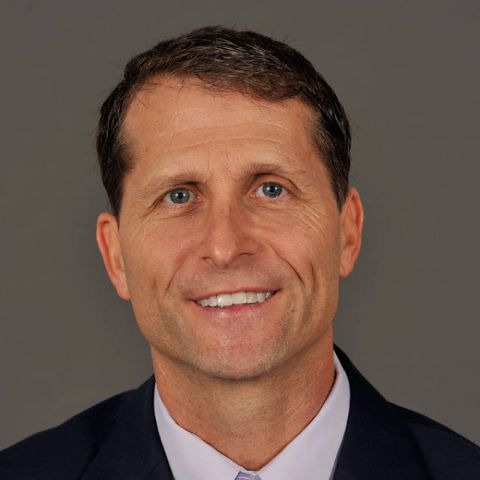