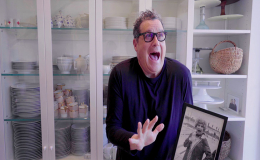 Living a joyful relationship is something everyone desires in life. Issac Mizrahi is currently enjoying such a healthy bond with husband Arnold Germer. Curiosity rises among fans to learn about their married life and you are at the right place to find out the information.

Fashion Designer Issac Mizrahi has had an exciting love life in the past. What does his past life comprise of? Let's dive into the article we have every detail for you!

The designer Issac who have designed clothes for A-list star Nicole Kidman married his partner of six years Arnold Germer on November 30, 2011. 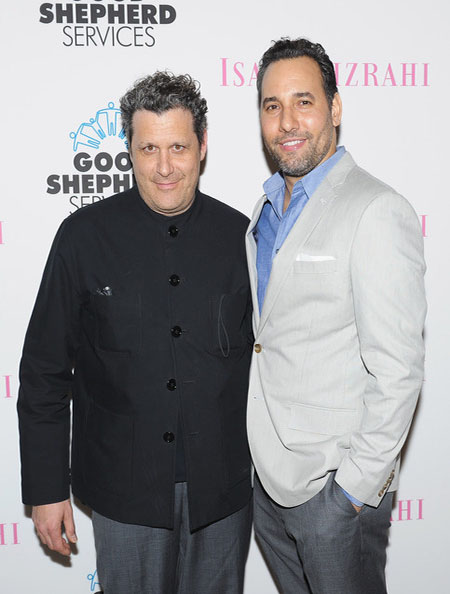 After New York passed the law legalizing gay marriage, many gay designers such as Jeffrey Costello, Robert Tagliapietra, and Micheal Kors decided to walk down the aisle.

Issac and his partner also get influenced by their colleagues and decided to give marriage a chance. However, they were overwhelmed by the preparation needed for the wedding:

"People have ideas. 'You have to have a series of parties. Vera Wang has to be called, that lady who makes the wedding cakes... Sylvia Weinstock -- like, start now!' So we were terrified and we decided to just elope to City Hall."

Issac and his beau avoided the hassle of wedding and exchanged vows and rings before a justice of the peace in City Hall in New York. They are not the only couple who married at the courthouse, many stars chose that option because of convenience. One of those couples is Dax Shepard and Kristen Bell.

Issac and his spouse kept not only their big day low profile but also their married life as well. They do not share details of their romantic life on social media sites. However, they are not afraid to speak out their mind when it comes to LGBTQ rights.

What about Issac Mizrahi's Past Affairs? Know about his Past Boyfriends

As mentioned above, Issac is very secretive when it comes to his love life. So, affairs if happened, remained away from the eyes of the public.

Isaac signing copies at his favorite book store, Three Lives & Company, this morning. It’s finally available! Get your copy of I.M. A Memoir. Link in bio.

The fans, however, got a glimpse of Issac's past life, thanks to APA marketing and communications chief Manfred Westphal. He reminisced about his love affair with Issac in nineties with The Hollywood Reporter(THR).

Manfred stated in the THR that, he was introduced to Issac by a common friend and maintained a relationship for two years. According to him, Those two years was a phantasmagoric moment in time full of love, laughter, art, culture, beauty, society, and, of course, fashion. He opened that during his time with Issac he got to meet celebrities such as Cindy Crawford

Friday night mood! What are your weekend plans, darlings?