Home Article American Internet Personality MatPat is Living a Blissful Married Life With his Wife Stephanie Patrick Since 2012. Know Details About Their Relationship.

American Internet Personality MatPat is Living a Blissful Married Life With his Wife Stephanie Patrick Since 2012. Know Details About Their Relationship. 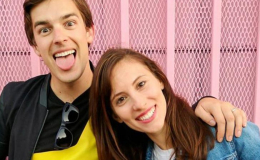 It is not easy to manage a happy love life while having a busy professional life but American internet sensation, Matthew Robert Patrick aka MatPat seems to take his married life side by side. He is happily married to his long-term lover and now enjoys a luxurious life.

American actor, writer, and former musical theatre performer, MatPat is full of glamorous career and adorable family life. What's the real story behind his successful career and his family life? Let's figure it out with the article below!

'Game Theory' writer MatPat is in a blissful married life with his girlfriend turned wife Stephanie Patrick since May 19, 2012, and shares a son Oliver Julian Patrick. He met his love life at Duke University where they were both working on the same project. 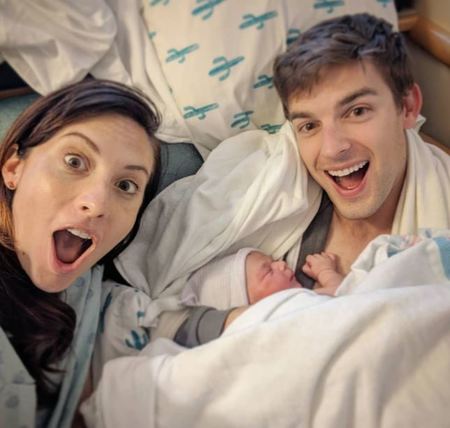 Everyone might be curious about their sweet and stable married life. The couple fell for each other during their time in the university where they worked for creating a 'Legend Of Zelda parody' which is called 'The Epic of Stew'.

You May Also Like: After Separating From Husband Of Nine Years, YouTuber Jaclyn Hill Is Dating Someone-Who Is Her New Boyfriend?

The proposal didn't take time to come as he openly proposed to her, made a video about their cute bonding and shared it on his official Twitter account. The lovebirds are enjoying their life to the fullest and recently celebrated their fifth marriage anniversary on May 19, 2017, with a giant cake. See the picture of their celebration! 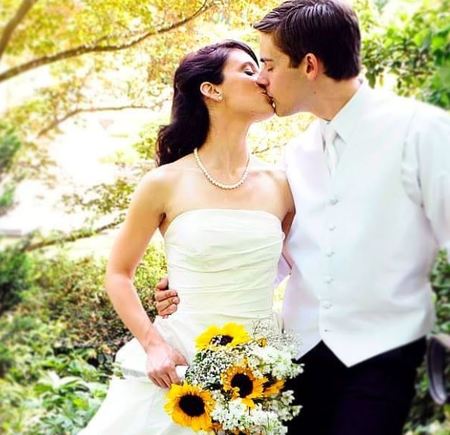 Matthew Patrick pictured with his wife Stephanie Patrick at their wedding in 2012. SOURCE: Instagram (matpat)

Their married life was blessed with the birth of a baby boy Oliver Julian Patrick on July 9, 2018, and MatPat could wait to share it on his social media. Moreover, he posted a picture with his wife and a newborn son and captioned it with the introduction of his boy.

Just enjoy the adorable journey of MatPat and Steph that's grown even stronger over the years from lovers to being husband and wife and parents:

The couple is pretty attached and is living a delightful married life staying away from conflicts and problems. We hope their love life to be joyous and stable forever. And, as of February 2022, there is no sign or news of MatPat and his wife having another child.

Internet Sensation MatPat Fame; His Career And Net Worth?

Famous MatPat began his career on the internet, creating a YouTube account in MatthewPatrick13 in 2009. He later created a new show 'Game Theory' which features him discussing the relationship between reality and gaming in terms of science, math, and culture. He kicked off his career with the show and went on to make some good earnings from it. 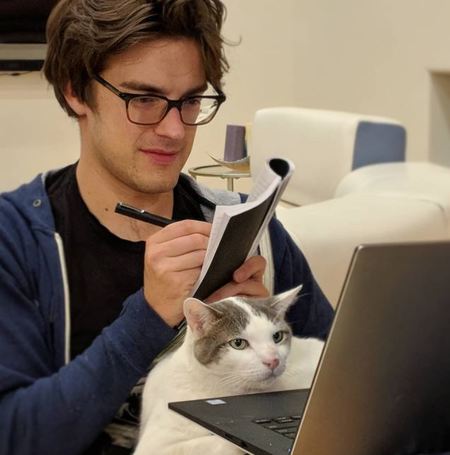 YouTuber Matthew Patrick worked on shows and films including Food Theory and A Heist with Markiplier. SOURCE: Instagram (matpat)

Looks like he's quite a famous personality, but how did he gain all the popularity? His career comprises lots of work, including writing, acting, and producing.

MatPat's YouTube earning alone earns him around 7k to 100k per month which makes about 1 million per year with an average of just over a million views per year. The Film Theorist for his other show 'Film Theory', has about 7.5 million subscribers. No surprise, it also makes about a million dollars per year.

Well, the popularity he holds is something that could boost anything he starts in his career. Plaudits to his ability to manage his love life and his career all along.