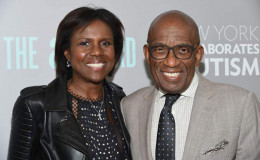 If there's any dedicated news reporter of the current generation then it would be none other than Al Roker. The guy has made Guinness World Record after broadcasting for 34-hours straight.

He is currently married to Deborah Roberts since 1994 and the pair shares two children between them.

Today in this section we're going to take a close look at their delightful marriage and see how the couple woke up every morning loving each other more and more.

Al Roker And Deborah Roberts-Match Made In Heaven

There are very few couples who rarely admit problems in their marriage and try to sort it out.

Al and Deborah's relationship is nothing short of compromises and failures but yet here they are living delightfully together for more than two decades now. 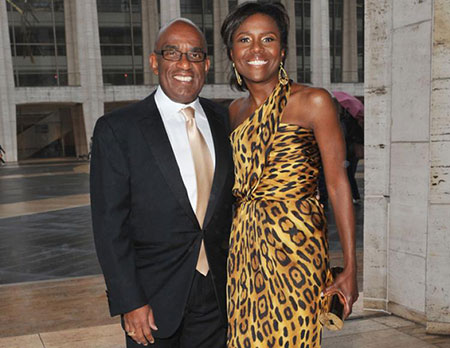 Roker and Roberts met for the first time in 1990 when Roberts joined NBC as a general-assignment reporter. She memorized the past days and told People,

"He showed me pictures of his daughter and talked about his family. I just thought he was a nice guy, and that was that."

They tied the knot on September 16, 1995, in a private ceremony with few of their relatives in the attendance at the St. Thomas Episcopal Church in New York. During the time, both Al and Deborah were already making a name for themselves in their respective career.

One step at a time. Taking this challenging, beautiful journey together.

Both of them made a name for themselves in the field of journalism. The duo first met each other in 1990, while working for the same news network, NBC.

In an interview with the Today Network, Al revealed his wife is very compassionate and always binds his family together. He divulged,

"She's a very compassionate person and I think has instilled that in our kids and a lot of it's rubbed off on me."

After the birth of their daughter, Deborah sacrificed her career, in order to look after their daughter. Feeling guilty about the decision, Al stated,

“Deborah decided to step back. Her career suffered some for it. You always feel guilty about that.”

You can see the amount of respect Al has for his wife and on the same hand, his wife is the main person who binds their small family of four. 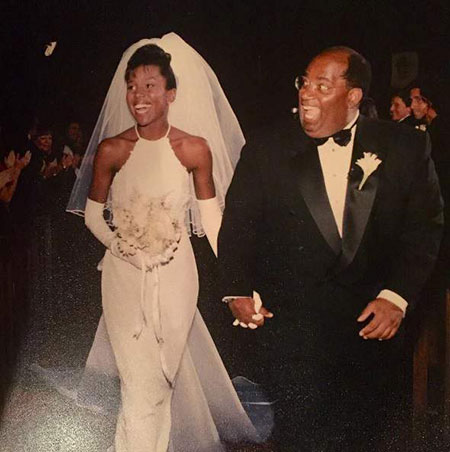 Al Roker and Deborah tied the knot in an intimate ceremony in 1995
Source: Heavy
The two celebrated 21st marriage anniversary in 2017. Roberts posted an amazing throwback image to their wedding day. She wrote on Instagram,

"Where did the time go?"
"Feeling blessed to call [Roker] my life partner."

The couple is quite open about the ups and downs of their two-decade marriage. These days, the couple lives with their lovely children on the Upper East Side of New York City.
As the lovebirds have miles to go together, we wish them all the very best for their future life.

It was the first marriage for Deborah whereas second marriage for the veteran Weatherman Al Roker. Al was previously married to WNBC-TV's producer Alice Bell. 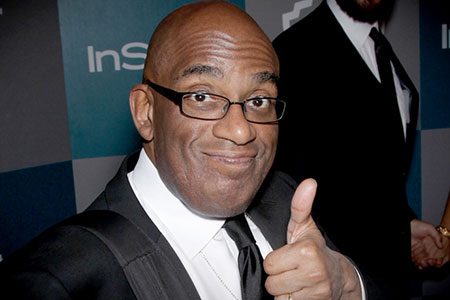 Al married Alice Bell in 1984 after meeting in the early 1980s
Source: Salon

The duo shares one daughter, Courtney Roker, born 1987. The pair filed for divorce in the early 1990s due to irreconcilable differences and their divorce finalized in 1994.

Al is a proud father of two children with Deborah. The pair welcomed their first child, an adorable girl named Leila Roker in 1998. She had issues with fertilization and that's the reason why they chose in vitro fertilization. 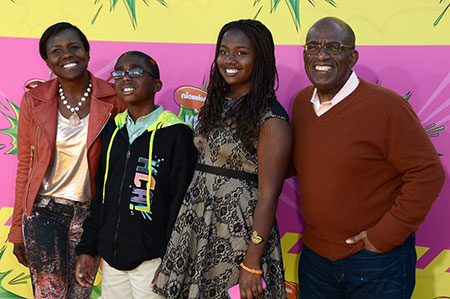 Al with his family, From L-R-Deborah, Nicholas, Leila
Source: Zimbio

Being a parent for the first time was a beautiful experience for Deborah. She was joyous after the birth of her daughter. Their happiness wasn't halting just yet as they welcomed their son Nicholas Albert Roker in 2002.

The family of four lives together at their house in Brownstone on the Upper East Side together with their dog, Pepper. 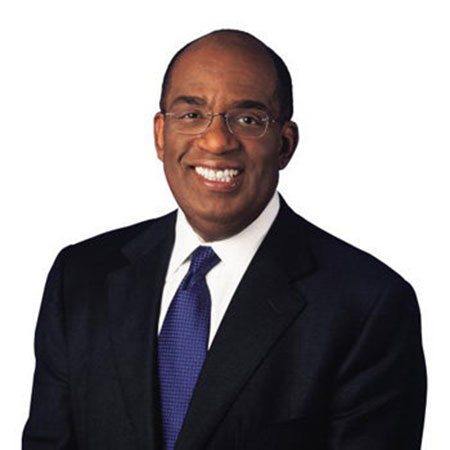 For all the latest gossip from the celeb world, make sure to follow us regularly.