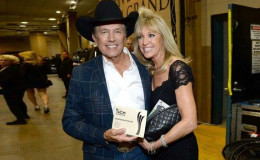 George Strait is living a happy married life with wife Norma Strait since 1971. The couple is blessed with two adorable kids.

There's nothing more precious on earth than getting love and support from the one you adore the most. George Strait, the most influential and popular recording artists of all time, is basically known for his neotraditionalist country style and cowboy look. Notably, he's the first and leading country artist who became famous during the root era of the Country music.

Beside his effective musical skill, let's talk about his personal life. Norma is the first love of the singer and no doubt, the last one. The happy couple has been together for as long as 46 years.

George Strait's Married Life With Norma Strait: Near To Celebrate Half-Century Of Togetherness

It's ironical how the person you probably didn't notice in past becomes the love of your entire life.

People fall in love, they remain happy for a certain time being and start facing some disturbance in their life that makes them fall apart. After some time lapse, they fall for someone all over again. 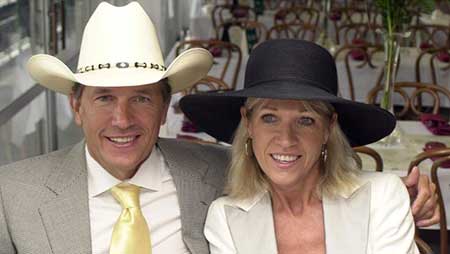 George Strait and his wife Norma Strait together
Source: Heavy

Many people around us including some of our favorite celebs have a long list of past affairs. But nothing beats falling in love for the first time and spending the entire life with the same person.

Strait, 66, mentioned in multiple interviews that Norma was the first girl he ever loved. Strait and his high school sweetheart tied the knot on 4 December 1971. They joined the US Army and shipped off to Hawaii the same year.

The couple welcomed their daughter, Jenifer Lynn Strait on 6 October 1972 and a son named George "Bubba" Strait Jr. in 1981.

Though everything was going on a perfect pace for the family, the couple suffered a devastating incident. Their first child Jenifer was killed in a car accident in San Marcos on 25 June 1986. She was just 13. 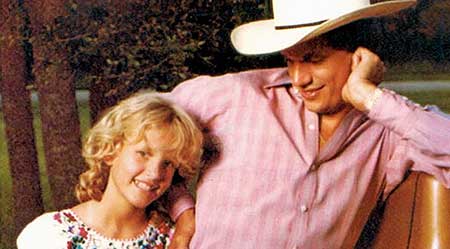 George Strait mourned the loss of his daughter in a heartbreaking song 'Baby Blue'
Source: Pinterest

George often ignored to talk about his daughter's death, however, in 2012, he told Peoplerait, that they were "blessed to have been able to spend 13 years with our beautiful daughter".

Norma is a loving and caring mom. She stayed at home until their son, Bubba started high school. She then joined George in his musical journey until his retirement.

However, Strait didn't let the tragedy go in vain. Instead, he created an organization named the Jennifer Lynn Strait Foundation that donates money to San Antonio children's charities.

"We do almost everything together."

We don't normally spot such an adorable couple these days as people often take instant decision to move on a separate path even because of a minor conflict.

Discover: Country Music legend Glen Campbell passed away at 81; He lost the battle to Alzheimer; See all the details here

The pair has taught that all it takes is mutual understanding, love, and support between the pair.

"Norma and I are so blessed that we found each other...and were able to do all of this together, experience this life together, to support each other through everything, good times and bad. We love each other and we still like each other. A lot!"

Strait and Norma have been together for as long as 46 years. Simply, we salute the evergreen couple for all they achieved!

Starting the musical journey from a country band, Strait contributed in many singles including "I Can't Go On Dying Like This" and "That Don't Change The Way I Feel About You".

After several unsuccessful trips to Nashville, he thought of giving up music altogether. His wife convinced him to give music one additional year. Well, her suggestion worked and as they the rest is history.

Last night's MusiCares celebration of @tompettyofficial was one to remember! Honored to cover "You Wreck Me", a song that made the Cowboy Rides Away set list, and one that still gets performed at the Strait To Vegas shows.

His first single 'Unwound' peaked on the Billboard Hot Country Songs chart in 1981.

His second album Strait from the Heart gained much critical acclamation. Though he was completely broken with the untimely demise of his daughter, it never affected his profession.

Don't Miss: American Country Singer Gary Levox Is Living Delightfully With His Wife and Two Daughters At Their Mansion In Nashville.

He was regular in giving hits one after the other including "Nobody in His Right Mind Would've Left Her" and  "Ace in the Hole". His album Ocean Front Property became the first ever country album to debut No. 1 on the charts.

George will be answering your questions live on Facebook today at noon Pacific! He’ll be joined by a very special guest host. Can you guess who it will be?

He released his self-named album in 2000 which reached no. 1 on Billboard 200 album chart. With the release of It Just Comes Natural in October 2006, he marked his 30th year in the industry.

His son, Bubba also helps him writing songs. Some of his recent works include a concert in Arlington titled The Cowboy Rides Away: Live from AT&T Stadium in September 2014.

You May Like: American Country Singer Brad Paisley Married Actress Kimberly Williams-Paisley in 2003, know about their Relationship

Apart from his musical career, he performed in many movies including The Soldier, Pure Country, and Grand Champion. 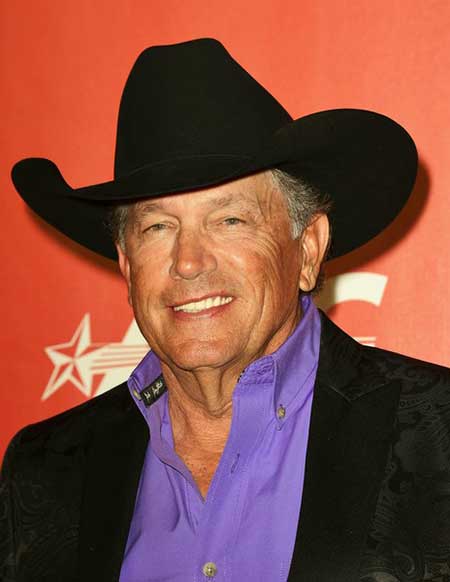