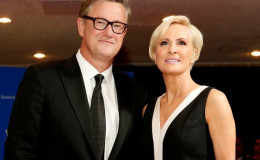 Divorced after 22 years of togetherness, Morning Joe's host Mika Brzezinski was soon rumored of dating her co-host as they were often spotted in public.

Hollywood rumors do get true in fact. Her fans are surprised with the news of her being engaged to hunky 55-year-old handsome co-host, Joe Scarborough. Scroll down to find out about the couple so far.

The duo is leading a happy life following their engagement in May 2017. Page Six confirmed the news that the couple was engaged during a romantic trip to France and Monaco in celebration of Mika's 50th birthday. 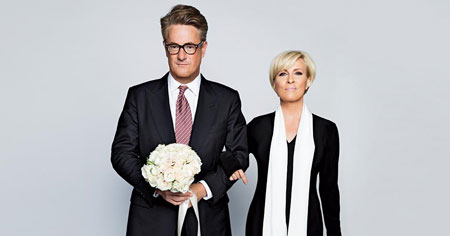 Mika got engaged to her co-host Jim Scarborough
Source: NYMags

“Joe got down on one knee and proposed old-fashioned-style with a ring. Of course, Mika accepted. They came back from the trip on Cloud Nine. There are no wedding plans as of yet, they are just telling their families the happy news.”

The duo secretly dated prior to their engagement and their relationship was confirmed in 2016 by an NBC insider as they were seen together constantly.

You May Like: MSNBC Reporter Chuck Todd Married To Wife Kristian. Wants His Kids To Follow The Jewish Religion. Find out more here

The couple always used to be by each other's side everywhere they went.

About their engagement ceremony, Mika was wearing a dark green dress and was all smiles holding onto her fiance's arms as he kept things simple with a plain dark suit and a red tie.

She is active on her Instagram and updates about her life regularly. Her last update was a picture of her daughters Emily and Carlie on top of a mountain in Capetown with a beautiful background of the town itself.

@emiliehoffer and at @meg_cals on top of Table Mountain in Cape Town— girls! Now that’s setting your sights high

So far, the couple is living a blissful life and are yet to announce the date of their wedding.

Mika was previously married to her husband of 22 years, Jim Hoffer. The duo wedded in October 1993 and are parents to two daughters, Carlie Hoffer, and Emilie Hoffer. 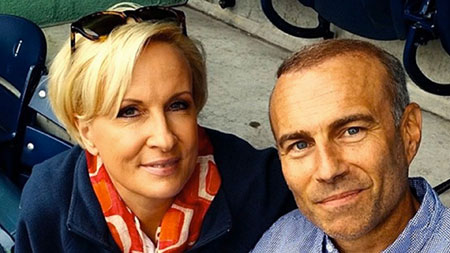 An MSNBC spokesperson confirmed about their divorce and said,

“Mika’s divorce was finalized in the past year. She’s really grateful that it was done amicably and in private. This has, of course, been a painful time for her family. So right now she is focused on her two teenage daughters, and on continuing to heal.”

The news of Mika's split comes 4 years after anchor Joe and his wife Susan parted away hinting Joe could be the one for whom Mika divorced her ex-husband. 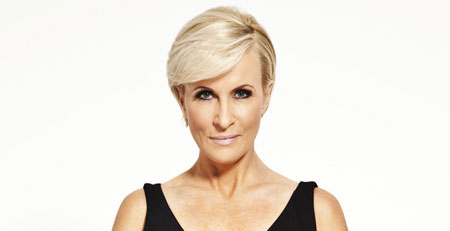