Home Article American Professional Basketball Player Kyrie Irving Has A Daughter; Is He Married Or Dating A Girlfriend?

American Professional Basketball Player Kyrie Irving Has A Daughter; Is He Married Or Dating A Girlfriend? 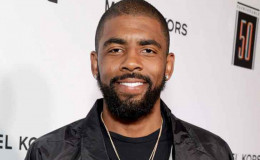 American basketball player Kyrie Irving is single at present. He was previously in a number of relationships. He has an adorable daughter with his girlfriend.

NBA star Kyrie Irving feels blessed to have an adorable daughter born in November 2015 from his past relationship. He has a long list of ex-girlfriends including his baby mama but don't you people wanna know who is he dating at present?

Well, if you have any questions regarding his current relationship along with his past affairs, just follow the path ahead!

American professional basketball player Kyrie Irving, 26, is still an unmarried guy. Despite the fact, he has a long list of dating affairs in past.

Currently, he's maintained his personal life far from the eye of fans and media. Hence, it's a difficult task to assure anything about his dating life. 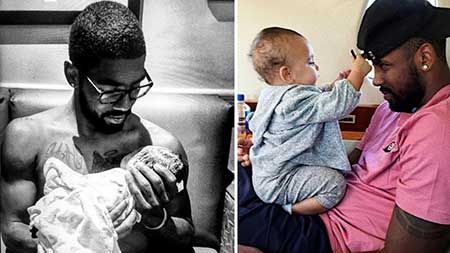 He and his then-girlfriend Andrea Wilson is living a blessed life with his daughter, Azurie Elizabeth Irving. She was born on 23 November 2015 and named after his beloved mother who died when he was a little kid.

"Azurie Elizabeth Irving, 35 hours of labor from her great mother and she came into the world to bring a shine to my world that I never thought was possible."

"I love you so much, and my heart grew the first time I felt your heart against mine. Mommy, I gave her your name because I know you will bless her and our family the same way you blessed me. I love you."

As we all know they are no more a couple, they came up with a custody arrangement where he pays $4,500 in child support. The proud father celebrated her first birthday and posted an adorable image of the baby girl via Instagram.

Best part of my life. My why. Happy birthday beautiful. I love you so much. Love, Dada.

She is already 2 years of age now.

Kyrie Irving's Past Affairs And Relationships

Irving and Andrea Wilson had their first encounter in 2013.

Though Irving is not dating anyone at present, he's enjoying every moment of his life with his lovely girl. The couple dated each other for almost three and separated after welcoming their baby girl.

After breaking up with Wilson, he dated singer Kehlani in November 2015. There were rumors that the 23-year-old singer cheated on him in 2016.

As we all know social media has great power to make someone popular or destroy someone at an instance, the cheating scandal went viral on social media that affected Kehlani's career.

She mentioned that she's not a cheater but Irving's fans never believed her words. As the news is still creating waves in the media, the basketball player finally took Instagram and convinced his fans not to hurt her on behalf of him.

"I'm sorry, I know this is long overdue. I have to speak on this simply because I owe it to you and you deserve the world to see you for you and how beautiful you are inside and out, and not for the attachment to an emotional moment in time where we both had to grow up and learn about our hearts and our souls in a world that judges and adds on fictitious pressure, SN: And also add that we are public figures now on this social media monster of a platform. I do not want any more negative energy towards her in any way."

"She did not cheat or intentionally hurt me, she actually did something extremely noble & respectful, but the fact that it's still a lingering narrative is really outdated at this point and as I'm hearing about what people are doing to try and intentionally hurt her on my behalf is bullshit."

He mentioned that he has no bad blood with her as she's good from both inside and outside. He explained,

"I'm hearing people are showing up to shows and being disruptive while she performs and when it starts affecting real-life progress, the shit has to stop. I am responsible as a leader to guide the young males who follow me in a positive way, & this is long overdue. We only try our hardest to be great humans and the fact that I can love her for how beautiful she is a privilege in its own right, I'm grateful."

After splitting from Kehlani he dated American producer and model Chantel Jeffries but their relationship was shortlived. The couple separated in August 2016. 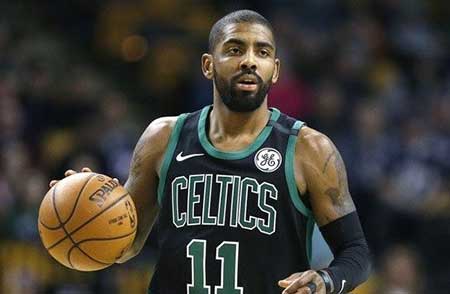