Girls Trip Star Tiffany Haddish Dating Anyone After Divorce With Her Abusive Husband? 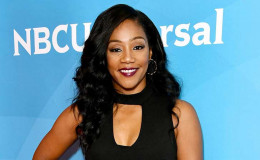 American actress and comedian Tiffany Haddish who was previously married to William Stewart. She is most probably dating someone special at present.

It's very sad but the fact!

Recent reports suggest that nearly 20 people per minute are physically abused by their intimate partner. Even some famous Hollywood celebs like Christina Aguilera, Halle Berry, and Madonna have also suffered terrible domestic abuse in their lives.

American actress Tiffany Haddish has added her name to the list. She has finally been separated from her abusive husband William Stewart. It's time to know whether she's found someone special in her life or not?

Girls Trip Star Tiffany Haddish Dating Anyone After Divorce With Her Abusive Husband?

It seems a new romance is brewing in Hollywood but you may not see the two A-listers together until the 2019 Academy Awards.

During a backstage interview with Kelly Ripa at the Oscars 2018, Tiffany Haddish joked about a dating pact with Brad Pitt. 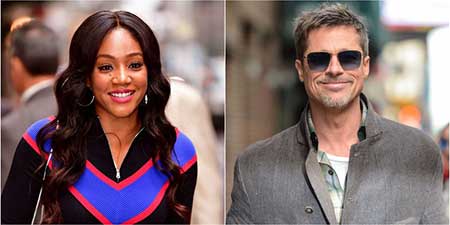 The big revelation came while Haddish was playing a rapid-fire round of 'Marry, Date, Ditch'. Then Ripa drew names of famous men from a bag. As soon as she drew Pitt's name, Haddish was so quick to respond,

"I just met him in the elevator! He said in one year if he's single and I'm single, we gonna do it, so you know what that means..."

"He do got seven kids. I don't know if I could deal with a man that's got that many kids."

The comedian said in a hilarious tone that she would date Pitt, marry George Clooney and ditch Javier Bardem.

Further, she added that she doesn't want any bad blood with Angelina Jolie.

"And as much as I would love to chitchat with Angie that is not what I want to be talking about."

The New York Post even made speculations that Pitt and Haddish will definitely be 'the hot couple of 2019'.

Let's see what goes next!

Haddish married and divorced her husband William Stewart twice. Sources reported that Stewart helped Haddish to locate her father. She described the day as 'one of the happiest days of her life'.

She first filed for divorce against husband Stewart in 2011. She suffered a "black eye, bruised neck, elbow, and back.

"We were in Montreal, Canada, when he choked me in the stairway of the hotel. I ran away from him. I ran because he was trying to make me stay in the room. But I wanted to stay in the lobby and talk to my fellow comedians."

She again filed for divorce in 2013. She claimed that she's physically abused by her ex-husband throughout their marriage. She revealed the things in her autobiography The Last Black Unicorn released in December 2017. 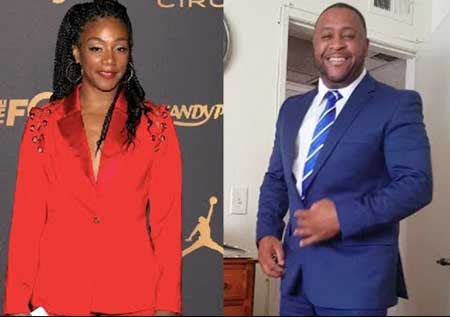 During a V-103 interview, Williams broke his silence. He denied the claims, and said he "married Tiffany, her issues and not the Hollywood lifestyle."

"I have never beat or hit or called a woman a 'MF' or 'B' while having a disagreement ever in my life. I never caused a miscarriage, I have documents to prove this. Tiffany advised me about a month ago about the book and she told me that I would be furious."

Haddish stated that she has no reason to speak lie about the physical abuse episodes. We never know who's lying at this point?

As the former couple has already separated years before we hope everything goes best between the two in their life. 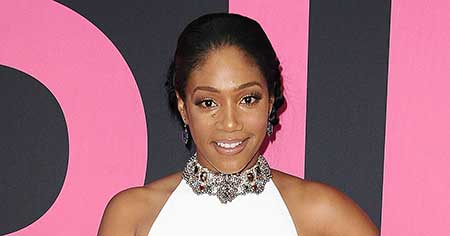