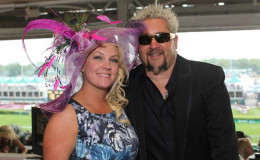 For some, beautiful gifts and roses work the most in a romantic life while for some, tasty food items do it all. Celebrity chef Guy Fieri did the same to impress the love of his life Lori Fieri.

The couple who first met in 1993 tied the knot two years later. The father-of-two is maintaining a perfect balance between his personal and professional career. Let's get details over here!

Guy Fieri and his lovely wife Lori Fieri have crossed two decades of their wonderful married life and no doubt, they will definitely cross the third one.

Fieri first met Lori in 1993 and it was more like love at first sight. Lori said that when she first met Guy, he had dark hair and wore a suit to work daily.

"When I first met him, he had no goatee. He had dark hair. He wore a suit to work every day. Now I look at him and I’m like, ‘Where’s that man I married with the whole clean look?"

He was running a restaurant in Long Beach, California when he realized that he's finally encountered his match. 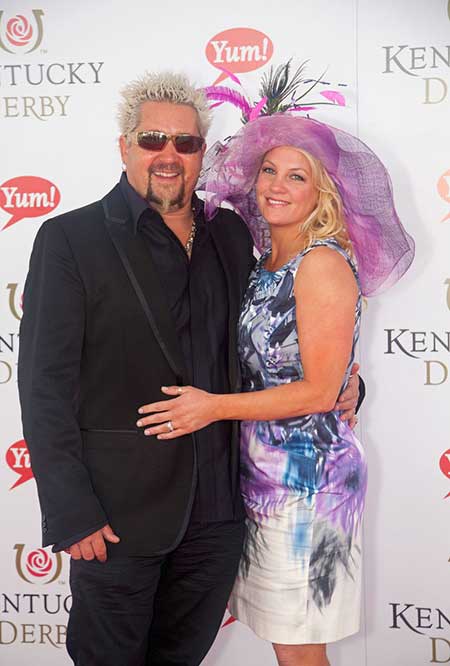 Guy Fieri and his wife attending an event in LA.

"Her friend had been let go from the restaurant, and they weren't supposed to be there. I was talking to her friend and saying 'Hey, listen, wait a few weeks before you come in,' and standing behind her is this blue-eyed, blonde girl giving me this mean mug."

The Guy's Grocery Games' host didn't propose his love the way normal people do instead, he cooked something for her.

"That was a long time ago. I don't remember what I made, but I do remember it was quite an epic time. The first time I cooked for her, she was just like, 'You made all this?' We both love food, so being able to cook, that was one of the things that impressed her."

Guy and Lori dated for some years and finally married in 1995. After one year of their happy marriage, the couple welcomed their first child, Hunter Fieri, 22 with their second son, Ryder Fieri, 13 in 2005.

Fieri's sons wrote an official letter to his father's fans in November 2015. The later was entitled "The Food Network is Killing Our Father". They mentioned how much their father's suffering while working on Food Network's Diners, Drive-Ins, and Dives.

Despite his extremely busy career, he manages time for his kids and wife. They often spend a quality moment together at different locations.

It seems the support and love of every member of the family plays a key role in their happy family life.

Guy Fieri's Career As A Restaurateur And TV Personality

He started gaining interest in food in his grade school in Ferndale by selling pretzels. During his studies in France, he even washed dishes.

Soon after his graduation, he started working as a manager of a Long Beach, California restaurant.

Annual family and krew trip to @disneyland ! So cool kids got to meet the @blackpanther and the #DoraMilaje

His own cooking show 'Guy's Big Bite' premiered on 25 June 2006. His second series, Diners, Drive-Ins, and Dives premiered in April 2007. The New York Times marked the series "not a cooking show as much as carefully engineered reality show".

Apart from it, he also appeared on other Food Network programs like Dinner: Impossible, The Best Thing I Ever Ate, and Ace of Cakes.

He has published a cookbook named 'Guy Fieri Family Food'. You can enjoy the following video of the star demonstrating the recipes of his cookbook with Access Hollywood Live's Natalie Morales and Kit Hoover:

He was one of the two team captains with Rachael Ray in the Food Network reality series Rachael vs. Guy: Celebrity Cook-Off.

Besides, he also performed in some movies and TV series including The Interview, Phineas & Ferb, and I Am Evel Knievel.

In 2017, he managed to work in Guy's Family Road Trip, Super Southern Eats, and On Your Marc. 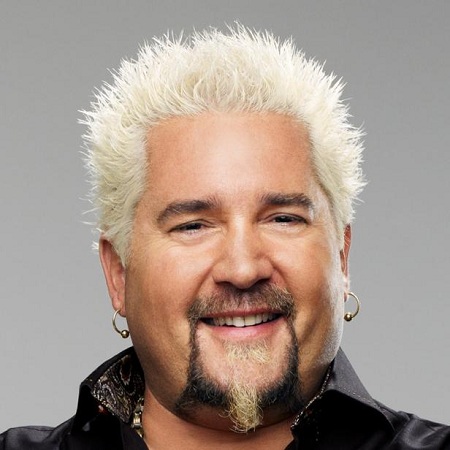