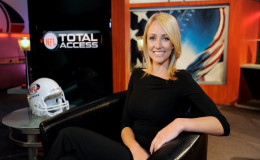 Lindsay Rhodes is currently married to Matt Rhodes. The couple got married on 19 February 2012 and since then they are together ever after. The couple is blessed with two kids.

Currently, a host and reporter for the NFL Network, Lindsay Rhodes is gaining a huge success in her journalism career. Lindsay who started her career as an intern has established herself as a successful sportscaster from her 17 years of dedication.

Lindsay is a married woman and despite being successful and busy, the journalist has been successful to balance her married life and busy professional life. Currently, she is married to Matt Rhodes.

Lindsay is currently living a blissful life with partner Matt Rhodes. The couple tied the knot on 19 February 2012 and is inseparable ever since.

Soon after her marriage, the sportscaster adopted her husband's last name and changed her birth name, Lindsay Soto into Lindsay Rhodes. 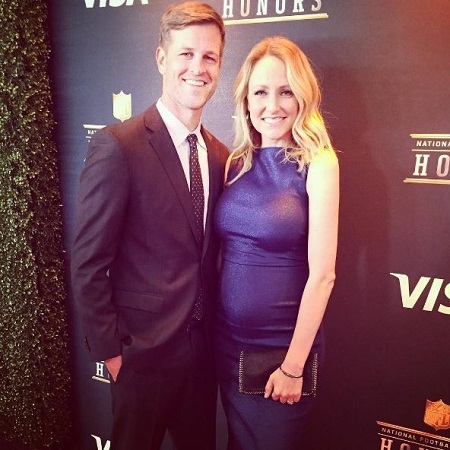 The couple is blessed with two children. They welcomed their first son in 2014 and second son, Clayton Lee Rhodes in May 2017. The proud mother took to Instagram to introduce her baby boy with all her fans on 27 May 2017.

In the cute shared picture, Lindsay appeared with her newly born baby and son. She announced the news of her second pregnancy on Instagram on November 25, 2016.

You May Also Like; Jeremy Vine's Married life with the second Wife after Divorcing the first one: See his Children and also about his Career

Lindsay hasn't revealed many details about her husband, however, the journalist sometimes posts about her partner on her Instagram account.

Lindsay is a proud mother and she doesn't miss a single chance to share the special moments she spends with her young ones.

Don't Miss:  Who Is Leslie Mouton' Husband? Know In Detail About Her Married Life And Children; Once Diagnosed With Breast Cancer

Lindsay's son has already started going pre-school and the proud mother immediately shared the snap of her son's pre-school day on her Instagram post on 6 September 2016.

On her next Instagram post, the journalist appeared carrying her baby boy and we can see in the snap how dedicated is she towards her child.

It is surprising how Lindsay has beautifully managed her both personal and professional life. We wish her and her family to be always happy and healthy. 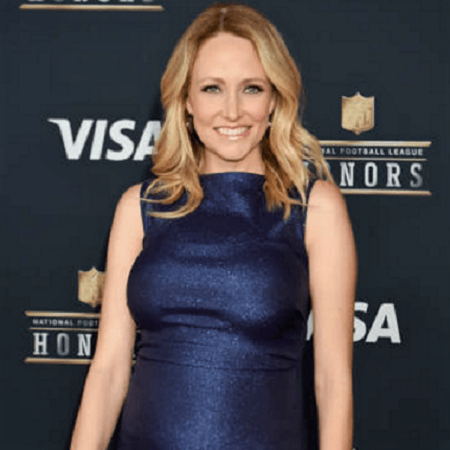