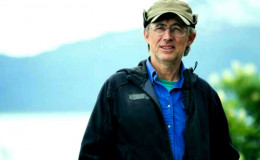 The American TV personality Otto Kilcher married relationship with his wife. Know about their children including his past relationship and dating rumors.

The American TV series Alaska: The Last Frontier made us familiar with most of the members of the Kilcher family. Otto Kilcher is one of them who is able to make a mark amongst the audience.

As seen in the TV series, Otto personal life isn't so smooth as his career. Otto suffered from two consecutive failed relationship in the past. However, he remarried the final time living blissfully with his wife. Know in detail about Otto Kilcher's married relationship including his past affairs.

The American TV personality Otto Kilcher is a married man for 22 years. After a failed relationship in the past, Otto hitched to his longtime partner Charlotte Irene Adamson. However, no detail regarding his marriage date is out on the media. 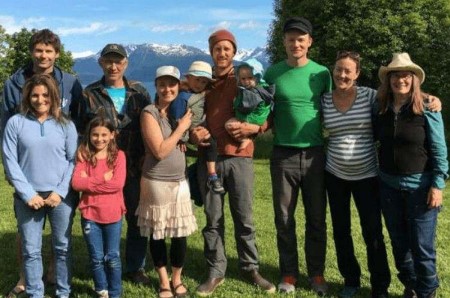 Otto Kilcher with his wife and family
SOURCE: Hollywood Mask

Initially, the lovely pair made out on a lovely time in the freezing laps of Alaska. Well, the duo also traveled to various places at the beginning of their married life. Even more, love gazed in the air after the pair welcomed their first baby boy August Kilcher in 1997. Nonetheless, the couple also looked after total three kids except August from their previous relationship until they grew up.

Otto's fans might wonder about when did it all happen? This started when Charlotte came to Alaska in 1978 to work as a wildlife biologist. In 1989, Otto met Charlotte during a volunteer work in South Central Alaska. The chemistry between these two bonded tighter after they spend most of their time together. Consequently, love sparked between these lovebirds which led them to marry.

Otto's private life is often captured by the media due to his success. Nevertheless, Otto well managed to keep his relationship with wife far from the spotlight. For instance, the pair gives a sudden kick to their fans by appearing on several programs and events together. Moreover, along with their children Otto and his spouse appeared in the series Alaska: The Last Frontier.

As of now, the pair shares a blissful relationship as a family. There are no any controversies and extra-marital affairs after the duo tied their knot. We just wish for a happy and long life endeavor for the enchanting pair and their kids.

Actor Otto Kilcher shares a long history with women. Firstly, before getting hitched to his wife, Otto remained in a married relationship with two other women. 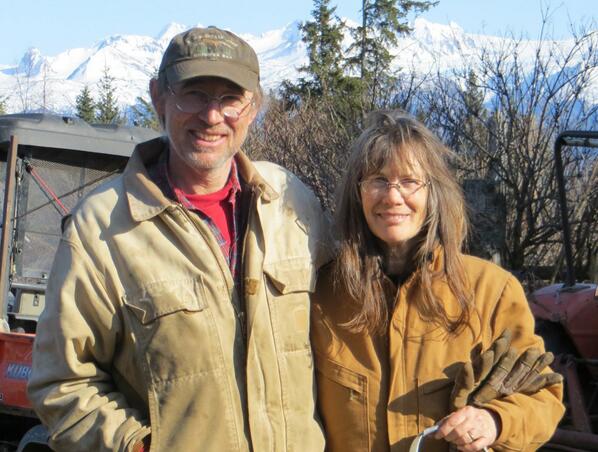 Otto Kilcher with his wife Charlotte

Initially, Otto Kilcher married his first love Olga Von Ziegesar. Above all, the fresh couple started a new journey with happy moments as many others. Yet, the duo didn't share any child. Nevertheless, the relationship of the newlywed couple came to a tragic end after the two parted away, several years of their marriage.

Also, Read: "Marriage is not a problem, getting married for the wrong reason is", Here are the Six Reasons Causing Divorce

Similarly, after Otto ended up his relationship with Olga, he came to be romantically involved with his next love Sharon Mckemie. Their bond became stronger after welcoming first child Elvin Kilcher on 6th March 1983. Furthermore, the chemistry tightened after the birth of their second child Levi Kilcher.

Can't put an ear tag in this one!

Unfortunately, like every other family, Otto and his relationship with wife degraded with uncertain disputes and misunderstandings. Thus, after a couple of years living in a husband/wife relationship, the duo parted their ways.

You May Read: Robert Joy rumored to be single after divorce from his ex Mary Shontkroff

No information regarding the actual reason behind Otto's separation is out on the media. But, Otto's eldest son Elvin came to be a known actor from his family TV series. In addition, Elvin married to the love of his life Eve Steller Matkin in August 2011.

As of now, Otto lives a blissfully married relationship with his wife, Charlotte in the cold surroundings of Alaska. The pair even parents Torrey, the son of Charlotte previous relationship.