American YouTuber Asmongold Dating a Girlfriend? Know About His Affairs and Rumors 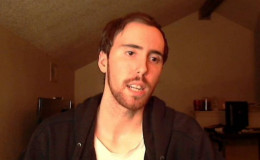 Zack Asmongold or simply Asmongold is a popular World of Warcraft online personality who is known for streaming gameplay in sites like Twitch and YouTube.

With over 70k+ followers on Twitch and over 300k+ subscribers, Asmongold is proving himself as a sleeper-hit streamer among other famous Twitchers. Yet this somewhat underrated online commentator is still hidden from most of his fans especially when it is about his dating life and other personal aspects. So let's know in more about this soon-to-be-famous Youtuber’s other side of life.

The widely popular twitch stars, Asmongold and Pink Sparkles are no more in a relationship. The duo parted separate ways after dating for a year and a half. The lovebirds confirmed their split on 12 December 2019.

Despite posting a lot of awkward snaps on socials, Zack never had any problem with her. Despite being contested by fans, they make their affair last for more than a year. The pair has even removed the pictures of one another on socials now.

Amid an unexpected turn of events, Piink Sparkles disclosed her relationship with the viral World of Warcraft streamer in a solemn string of Tweets. Pink cited that she is going through depression and is unhappy living with her beau in Austin, Texas for many reasons. She further decided to return to California and work on herself.

Asmongold’s Girlfriend: Know About His Affair

YouTuber Zack 'Asmongold' currently appears to be having quite a time with his girlfriend, Pink Sparkles. Asmongold's mistress, Sparkles is also a Twitch Streamer who owns around 70k+ followers on her self-titled channel Pink_Sparkles. Astonishing isn't it?

She can be often seen on Twitch playing and commenting on games like Fortnite, the League of Legends, and BFA. 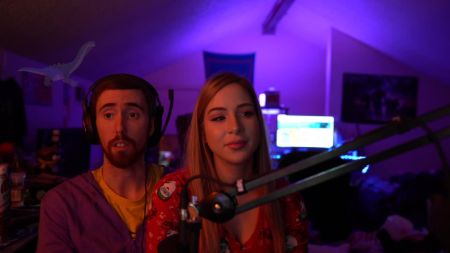 The rumors of Sparkles and Asmongold's relationship swirled along with many blogging communities in early 2018. Eventually, on August 5, 2018, the speculations all became a fact when Asmongold himself confirmed of dating Sparkles while chatting live with another Twitch streamer Mitch Jones.

As for Sparkles, she turned out to be even bolder in confirmation when she publicly confessed,

“Yes, the guy is Asmongold. You guys could have figure that out. Its really funny about that because everyone thought it was a meme. And I really don’t know why?? Like why???”

Last year in a live Q&A with the public, the duo confirmed that they first met through a messaging site. Furthermore, they also added that March 2019 will mark their first anniversary of being together.

“I kept commenting on her posts and like my comments on her tweets kept getting more likes than her tweets did and I thought if I did that she would DM(direct message) me a word”,

Asmongold revealed on what he did in order to grab Sparkles’ attention.

When a random fan asked about the date, Asmongold replied saying,

"I don't know how long it has been. It wasn't like the ninth grade or something to have been remembered...."

In late December 2018, Asmongold again posted an update on his love life with Pink Sparkles saying “I love being around but I also miss 18 hrs of playing video games.”

The twitch couple also claimed to have been enjoying the same shelter as Asmongold said on one of his videos that he enjoys making hot chocolate with her every night and that he also doesn’t feel lonely and depressed anymore.

There’s no denying Twitch streamer took the dormant gameplay into a whole new world of commercial eSports. They have been generating millions of revenue while doing so. Some have even gone all the way to philanthropy And Asmongold might be among the first to have done such a heroic act.

On September 24, 2018, the world of warcraft streamer Zack ‘Asmongold’ received a touching thank you message from a subscriber during one of his streams of WOW: legion.

Asmongold read the message aloud to his viewers, which revealed that he helped the fan get through their cancer treatment. However, he didn’t mention the name of his anonymous fan.

“Hey Asmond, I just want to say thanks for being you,”

While Asmongold can be seen being appreciative and humbled that he helped his fan, he is also seen indulging himself in some humor amidst the situation, making a fairly topical joke about the message.

“Just don’t open the chat, or it’ll come back. Appreciate it.”

Asmongold still streams on a regular basis uploading the respective videos on YouTube. He is seen featuring his candid opinions on Blizzard’s choices in regards to the WoW series and simultaneously providing strategy and tips for WoW players, because of which he is now known throughout the community for his edgy humor, reaction videos, and tournaments.

And while Asmongold’s reaction to his fan’s thank you note regarding cancer might have shown the people his soft side, Asmon still can’t be seen without his frivolous character on Twitch or YouTube.

Whatever the case, Asmongold’s became another example of the fact that virtual gamers aren’t as that much of a hermit only because they do not allow the world to see more of themselves. 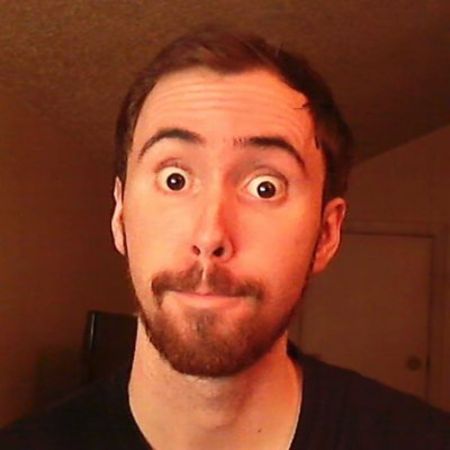