Home Article An Australian Actress Cate Blanchett is Married to Andrew Upton; Know about the Couple's Relationships including Family and Children

An Australian Actress Cate Blanchett is Married to Andrew Upton; Know about the Couple's Relationships including Family and Children 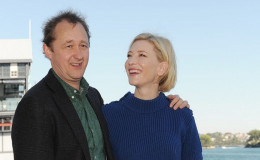 Cate Blanchett, an Australian actress and theatre director known for her role as Elizabeth I of England in Shekhar Kapur's 1998 film 'Elizabeth' is married to Andrew Upton, an Australian playwright, screenwriter, and director.

The star couple has been married for more than 19 years and also shares four children together. How is the relationship of the couple? What about their children and family? If you are curious to know then let us begin!!!

Cate Blanchett and Andrew Upton, Know about their relationship and children

Cate and Andrew met on the set of a TV show in 1996 but they did not immediately start dating. Cate during an interview said;

"We didn't like each other for a long time. We knew each other socially and we didn't really get on".

They, however, started knowing each other and eventually for each other. 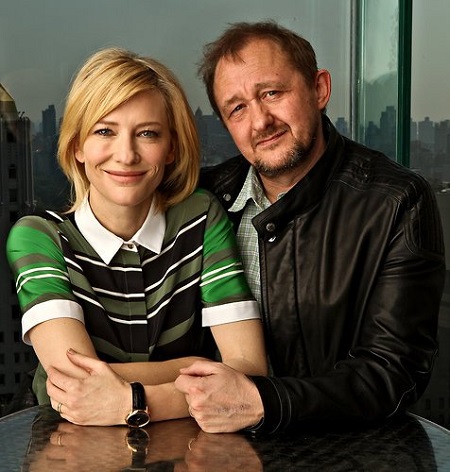 Once they got along it did not take much of a time for them to fall in love. In one of her interviews with the popular host, Ellen Degeneres, Cate revealed that she and Andrew got engaged just after a couple of weeks. She said:

"Actually after three days,'He turned to me, we were in bed, as you are after three days, and he said. “Cate.” And I thought s**t he’s gonna ask me to marry him and I’m gonna have to say yes."

"He turned to me, we were in bed, as you are after three days, and he said. “Cate.” And I thought s**t he’s gonna ask me to marry him and I’m gonna have to say yes".

Cate also revealed how Andrew proposed her for the marriage.

"I cooked him the worst meal,' she recalled. 'I somehow decided that to stuff a trout with walnuts and goat’s cheese would be a good idea."

"He ate it and then he asked me to marry him so clearly he was I don’t know hallucinating. He realized I couldn’t cook."

The couple married on 29 December 1997 and the rest is history. Here's an Instagram post of Cate celebrating Valentine's Day 2019 with her darling husband!

In honor of Valentine's Day!

The duo celebrated the 21st anniversary and there is no doubt that they are living a blissful life with no divorce rumors. 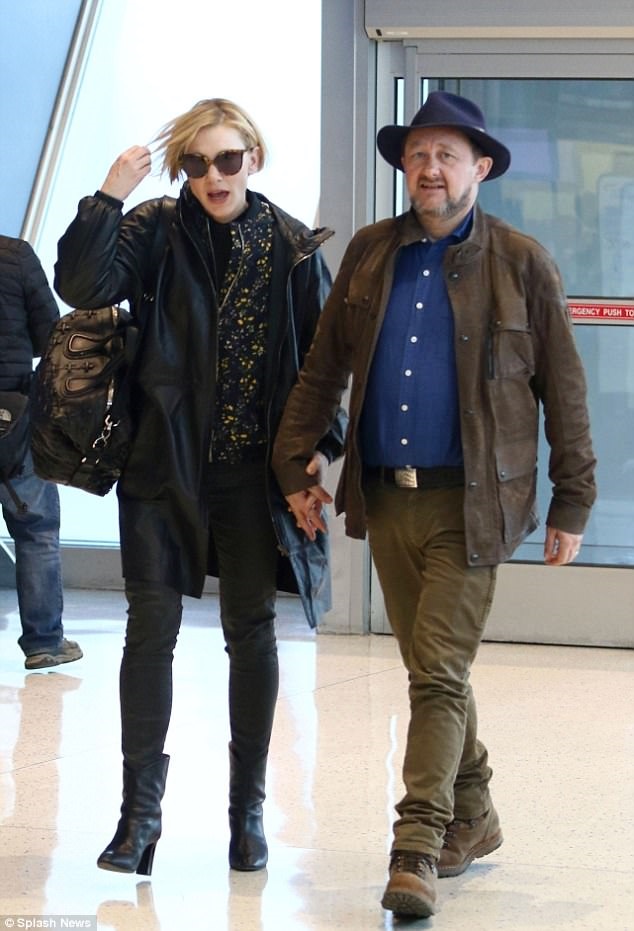 The couple also enjoys the love of their four children: 3 sons and 1 daughter. The couple first welcomed their baby boy, Dashiell John Upton on December 3, 2001, and following the 3 years later they welcomed another baby-boy, Roman on April 23, 2004. 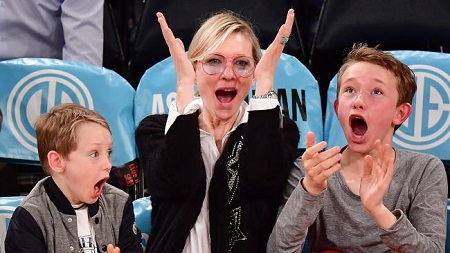 Cate and her sons Dashiell and Roman
Source: News

Similarly, on April 13, 2008, another baby-boy, Ignatius was welcomed in the family. Also, the dream of Cate to adopt a baby girl came true, when and Andrew adopted 7 months old cutie, Edith Vivian Patricia Upton in March 2015. 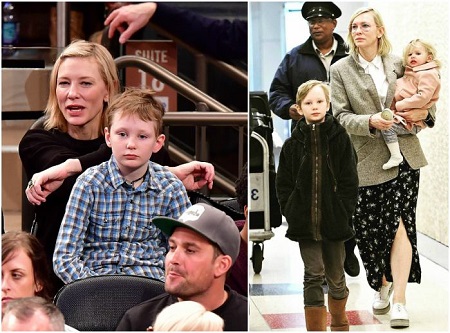 The family currently resides in East Sussex, England. The 'Cinderella' actress on her Interview with OK! magazine in 2016 said that she and Andrew have no desire to raise more than 4 children and their house is full of happiness:

"No, I don’t think we have any more rooms left in our house. We’re surprised by how quickly our boys have accepted our little girl. They treat her like one of the family and that’s really been beautiful for us to see." 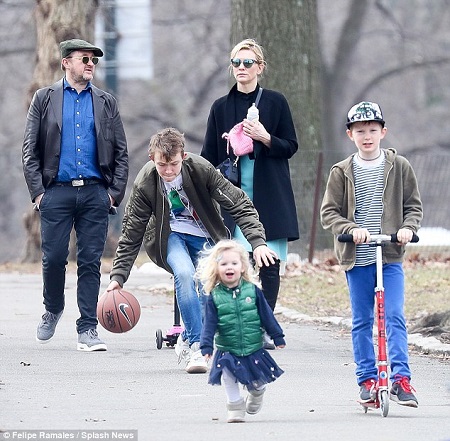 Love to this beautiful family!!! 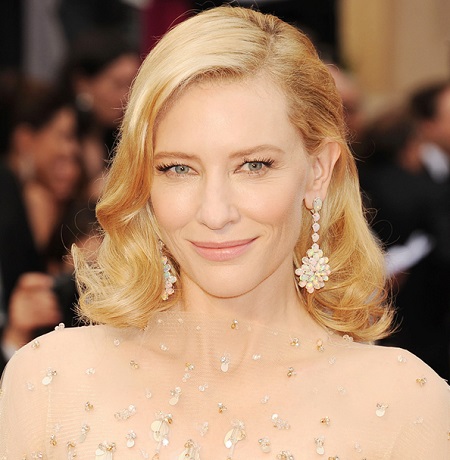