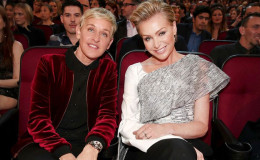 The party will go all night as Ellen DeGeneres is celebrating her ninth year marriage anniversary with spouse Portia de Rossi.

Can't believed it's almost a decade since she married her beloved. During that time same sex marriage wasn't legalize in many states of the United States.

So how is the couple going to celebrate their wedding anniversary?

There are not many couples in the Hollywood who enjoys a long-term marriage life because let's be honest here, celebs these days are not faithful as they used to in earlier times. 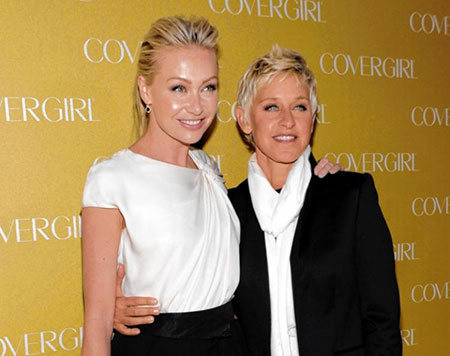 Ellen and her wife of many years Portia is a prime example of two souls, who have persevered through all problems and still standing together.

To honor their 9-years of a holy bond, Ellen shared a throwback picture of them both. In the picture, the pair is wearing white gowns as they got married.

@PortiadeRossi and I got married 9 years ago today. Being her wife is the greatest thing I am.

She captioned the image,

“@PortiadeRossi and I got married 9 years ago today. Being her wife is the greatest thing I am.”

The duo tied the knot on August 16, 2008, after dating for a while. Singer Joshua Radin, who played the wedding song in their wedding also shared a picture on his Instagram account.

#Repost @joshuaradin ??? Nine years ago today, these two incredible women got married and asked me to sing some of my songs to them while they were celebrating their most special day. It's still one of the most fun things I've ever done. Happy anniversary @theellenshow and @portiaderossi

The singer showered his affections on the couple and wished them all the best. The duo is a living example that love isn't bound by gender.

During 2008, when the pair exchanged vows, same sex marriage was like a far fetched thing. But the pair broke the traditional rule and came out on top. 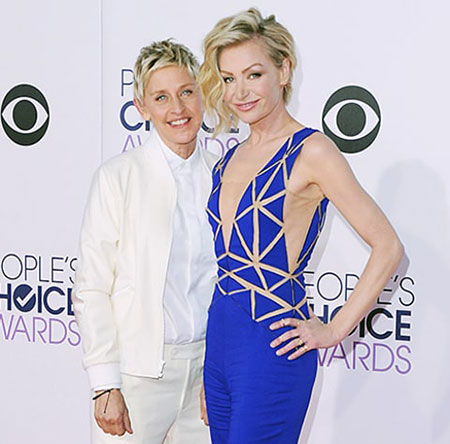 The pair attending the People's Choice Awards in Los Angeles, Source: US Weekly

The couple first met each other in while they were attending a social function. De Rossi was the one who immediately fell for the reality star.

Although at first, they faced a lot of criticism because same-sex marriage was banned at that time.

Be that as may, the couple's marriage is still standing and we wish them to stay like this for many years to come.