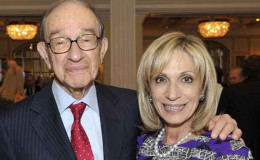 Working on the same network for 40 years with same energy, dedication and enthusiasm may not be possible for some but NBC News' Andrea Mitchell has proved that it can obviously be it one serious want to. NBC News is currently celebrating Mitchell's successful 40 years in the network. She's getting best wishes and congratulations from all over the world and it's quite a proud moment for the broadcasting network as a whole.

Working at the same network for 40 years with same energy, dedication and enthusiasm may not be possible for everyone but for NBC News' Andrea Mitchell it is possible. NBC News is currently celebrating Mitchell's successful 40 years in the network.

Besides her successful career in NBC News, Mitchell is living a happy married life with husband Alan Greenspan. The couple has been together for more than 20 years. Let's get more details of this lovely pair in today's session!

Mitchell, 71, is living a blessed life with husband Alan Greenspan. He is an American economist who served as Chairman of the Federal Reserve of the United States.

Currently, he's serving as a private advisor. Also, he's active in providing consultation for firms through his company known as 'Greenspan Associates LLC'. 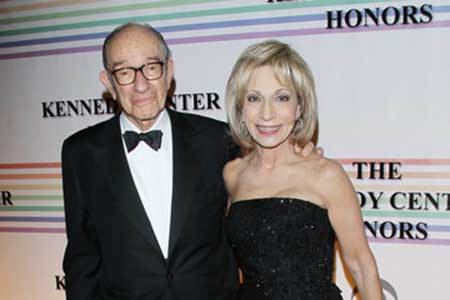 The heavenly couple tied the knot on 6th April 1997 and they have happily crossed more than two decades of life together. The wedding ceremony was made official by Justice Ruth Bader Ginsburg of the Supreme Court.

Mitchell and Greenspan had been close friends for more than 12 years before they turned their relationship into something beautiful. Greenspan proposed the gorgeous lady on Christmas. During an interview with the New York Times, she disclosed how it all occurred,

"It was rational exuberance. I was completely surprised because we’d never really talked about it. We’re very comfortable and very happy."

As Mitchell, Greenspan was previously married to Canadian artist Joan Mitchell in 1952. Despite their huge age difference of 20 years, the couple has managed to live a happy life together.

As there are no rumors of divorce or extra affairs, we are pretty sure that they still have a long way to go together.

Mitchell was previously married to Gil Jackson. The pair tied the knot in 1970 and divorced after five years of living together. 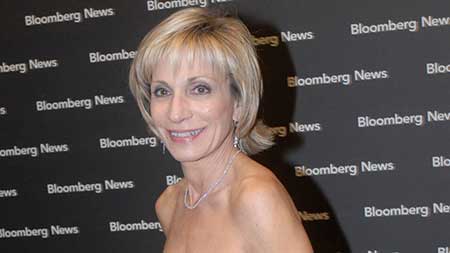 Both Mitchell and Jackson maintained their relationship far from the eye of public and media. Many things between the two is a mystery including the exact reason why they broke up.

NBC News Celebrating 40 Years Of Andrea Mitchell In The Network

Mitchell has been working in the NBC News as a journalist, reporter, commentator, and anchor since 1978. It's difficult to believe but NBC News is celebrating chief foreign affairs correspondent Mitchell's four decades in the network.

At the end of her work on 31st July 2018, there was a special surprise planned for her. She received a video tribute from several influencers, politicians, and fans.

MSNBC's Katy Tur honored Mitchell on 30th July on MTP Daily and called her 'a mentor'.

Just enjoy the blessed moment on MSNBC and be the part of it:

She also received many blessings and well wishes from her fans and famous TV personalities. Let's have a look at some of them:

Smart, kind, generous and so much more .@mitchellreports congrats on 40 years and thank you for inspiring and encouraging so many of us to be and to do better every day. #40moreAndrea https://t.co/2ywirHCgxG

Congratulations @mitchellreports on 40 years of doing the hard, necessary work of keeping the American people informed. We need your voice now more than ever.

Come for the barrier breaking/news breaking/back breaking inspiration, stay for the hairdos -- right @mitchellreports? This is an amazing testament to a legend. WATCH! https://t.co/tiuUcs6QqU 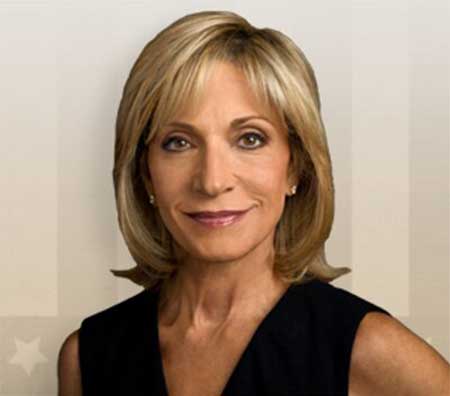