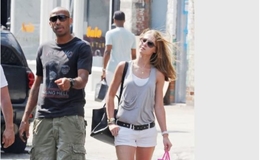 Thierry Henry and Bosnian model Andrea Ragacuc met in 2008 and were then spotted on various vacations and outings together. Despite their long-term romance, and the lovebirds never spoke anything about transforming relationships into marriage. Or, are they planning in secret to marry shortly?

The Bosnian model Andrea Rajacic received media exposure after coming into a relationship with her sweetheart Thierry Henry. The lovebirds started dating after Henry's divorce in 2008. Despite not being a married couple, Andrea welcomed two beautiful kids - a son Tristan Henry in 2012 and a daughter Tatina Henry in 2015. 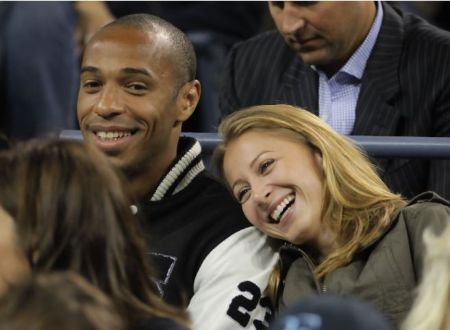 In the past, Thierry Henry was married to the English model Claire Merry in July 2003, and the couple had their only kid Tea Henry in the May of 2005. But Henry & Merry finalized their divorce in 2008 after Henry paid a divorce settlement of £10 million.

After the heart-breaking split, Theirry looked impossible to move on, but Andrea Rajacic coming into his life changed everything. Henry became happy once again. The lovebirds often get spotted by paparazzi enjoying romantic dates and outings by those who click their pictures together. 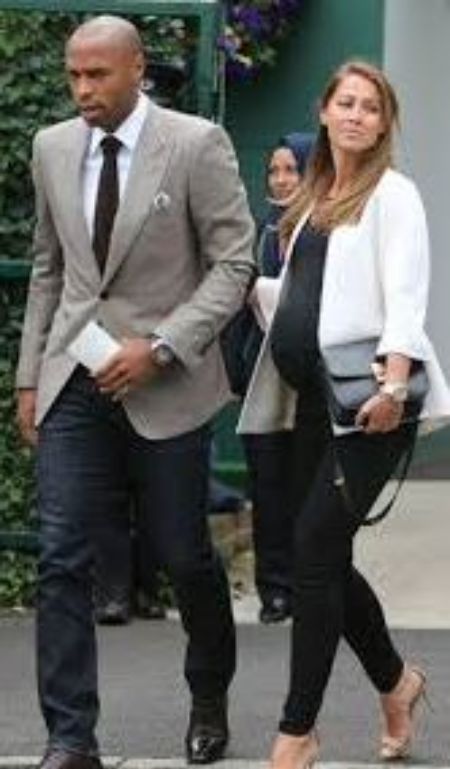 In addition, French football icon Thierry Henry and girlfriend Andrea Ragacic attended Roger  Federer's US Open quarter-final match against Sweden's Robin Soderling on the Arthur Ashe Court at the Billie Jean King Tennis Center. After the game, both left to Vila Pacri at an Italian restaurant in the Meatpacking District, New York City, on August 6, 2010.

Likewise,  Rajacic flaunted her baby bump in a form-fitting white dress on their way to watch the tennis game in Wimbledon. in July 2015, with her beau. In the same year, Andrea later gave birth to a third child, Tatiana Henry.

More about Andrea Rajacic - Net Worth

Andrea Rajacic, best-known as Bosnia's actress & model, was always aspired to become a model since her childhood. Later, she successfully paved her way to the successful modeling & ramp-walks.

Check out the video of Andrea Rajacic's boyfriend Thierry Henry's wonder goals for Arsenal below.

At present, Andrea & Henry resides in a lavish apartment at Soho triplex located in Crosby Street. The property sits on 5600 square feet, having 4500 square feet of outdoor space. When it comes to Thierry's net worth, it's estimated at $130 million earned. Most of the earning come from his club's salary, bonus, and brand endorsements. Andrea relishes a lavish lifestyle with her family.

Despite sharing blissful romance for years, the duo never discussed taking their lovey-dovey relationship to the next step. Not being a married couple doesnt seem to bother their affection & love. Are they planning in secret to marry soon? The question remains unanswered.