Home Article Who was Anne Heche? Who was She Married to?

Who was Anne Heche? Who was She Married to? 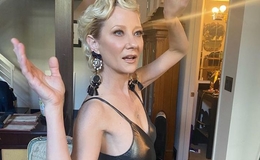 An acclaimed actress with multiple accolades under her belt and a proud mother of two, Anne Heche was just one of the many Hollywood actresses who've long entered their post-fame stage, dabbling in multiple domains in sight to keep hold of their little relevance left. In recent years, Heche had been passionately co-hosting a beloved podcast, Better Together with Anne & Heather, with Heather Duffy, and had even ventured into writing and directing, all while still carrying on with her acting career.

Anne Celeste Heche was born on May 25, 1969, in Aurora, Ohio, to her father, Don Heche, and her activist mother, Nancy Heche. A turmoil-filled childhood, which later turned grim following her father and brother's death, Heche had no choice but to accept an acting gig that fell on her lap. She made her debut in the taboo-breaking NBC soap opera Another World and subsequently rose to fame, sticking to the show for four years. Heche tragically died after a fatal vehicle collision in a neighborhood of Los Angeles earlier this year.

Anne Heche's Lovers Throughout the Years!

Heche's life has been explored to its minuscule details since the horrible accident on August 5, 2022, that put her on life support until her death on August 11. And so it appears the actress's life wasn't all that different from many other high-profile stars, only more heartbreaking when inspected from empathetic eyes. Heche garnered ample fame in her five-decades-long career and suffered a proportionate amount of misfortunes, including publicized battles with mental illness, addiction, and homophobia. 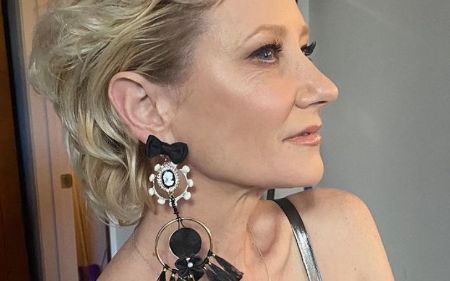 Also contributing to her string of plights were her relationships with many well-known figures that didn't work in her favor. The Emmy-winning actress dated Fleetwood Mac's Lindsey Buckingham for a year during her earlier years in the industry. She was with the Grammy-winning musician Steve Martin for three years, from 1994 to 1997. Heche's romance with Martin wasn't well received as the duo shared a staggering age gap of 24 years. Anne later revealed that Martin had everything she wanted in a partner, but she wasn't ready to commit at the time. 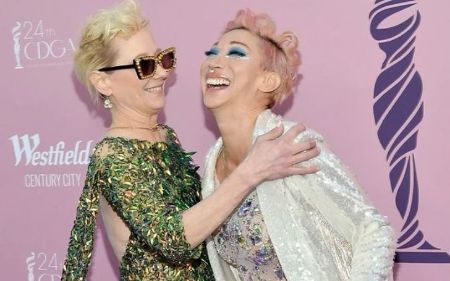 After her split from Martin, the Wag the Dog actress famously confirmed her relationship with comedian Ellen DeGeneres, and all hell broke loose, well, at least for Heche. Initially dubbed and endorsed as the world's first gay super couple, Heche and Ellen soon realized the more at stake. The couple held it on for over three years amid overwhelming media scrutiny and announced their split in 2000. Heche later claimed that her relationship and breakup with DeGeneres derailed her career.

The Six Days, Seven Nights star explained how she was blacklisted by Hollywood, adding, "I didn't do a studio picture for ten years. I was fired from a $10 million picture deal and did not see the light of day in a studio picture." Heche, however, never labeled herself as lesbian or straight, for that matter. A prominent but still a television actress at the time, it wasn't long before Heche's involvement with A-listed celebrities started earning her a marred reputation.

Anne's last publicly known boyfriend was her Hung co-star Thomas Jane, who she dated from 2019 to 2021. "While Anne and I are no longer an item, today's tragic news was devastating to me and to all who love her," Jane said upon hearing about Heche's accident. The fluid actress briefly dated the co-creator of Nurse Jackie, Liz Brixius, in 2018. "Anne doesn't like to label relationships. But whatever they call it, Anne and Liz make a great couple," a source said. Abashed as a publicity hound and someone who slept her way to fame in the past, Heche had her share of her low-key romances, including a marriage.

Who was Anne Heche Married to?

Although Heche dated many and was involved in a few romanced rumors, including with skincare mogul Peter Thomas Ruth, the Another World fame walked down the aisle only once. Heche started dating Coleman "Coley" Laffoon shortly after her split from DeGeneres in 2000. The duo had met on the sets of Anne's directorial Ellen DeGeneres: American Summer. The duo's romance was a whirlwind as they tied the knot within a year of dating in 2001. 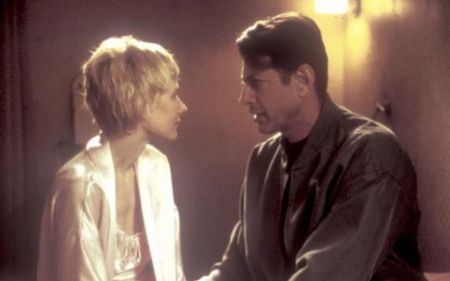 After their low-key wedding on September 1, 2001, Heche and Laffoon welcomed their son Homer Heche Laffoon in March 2002 and called it quit in February 2007. "I loved her, and I miss her, and I'm always going to. Homer is OK. He's grieving, of course, and it's rough — it's really rough," Laffoon said in a heartfelt tribute to his ex-wife. The Another World actress didn't marry again but didn't steer clear of serious relationships either. Heche built another family with her next boyfriend, James Tupper, whom she dated from 2008 to 2018. 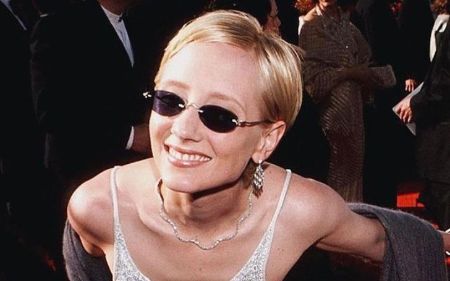 The couple met on the sets of Men In Trees in 2006 and started dating in 2007. Heche and Tupper welcomed their son Atlas in 2009. The pair announced their separation in January 2018, and the promised amicable bond soon turned hostile when the two took it to court for custody of their son. Tupper faced much backlash after he alleged the late actress had left her estates in his name despite having no will to prove.