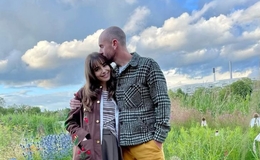 Inside Lily Collins and Charlie McDowell's enviable relationship: The pair are happily married since 2021! All Details Here

Known for playing the titular role of Emily Cooper, an adventurous, optimistic, and warm girl, in Netflix's hit series, Emily in Paris, Lily Collins is an actress and model. Though Collins' career gained momentum only in recent years, with the rom-com series and other highly-acclaimed flicks like Inheritance, Extremely Wicked, Shockingly Evil, and Vile, Mank, and Okja, Collins has been around for a while and has starred in many hits, including Love, Rosie, Stuck in Love, and The English Teacher.

Lily Jane Collins was born on March 18, 1989, in Guildford, Surrey. Aged 33 now, Collins is already a Golden-Globe nominated actress and has also branched her career into producing. The Emily in Paris star comes from a showbiz family. Her father is Academy-winning musician Phil Collins, and her mother, Jill Tavelman, an actress and architect. Lily's half-siblings, Simon Collins and Joely Collins, are musician and actress. Lily married her longtime boyfriend, Charlie McDowell, in 2021.

Collins' 26.8 million Instagram followers would know how happily married she is with McDowell, 39. Collins describes herself as a grounded and easy-going person. In her 2017 memoir/self-help book, Unfiltered: No Shame, No Regrets, Just Me, Lily pens her relationship with herself. "No relationship is greater than the one I have with myself," she writes. So, when Collins decided to delve into the romantic aspect of life, it was only natural that she finds someone who would appreciate her as she is. And for The Blind Side actress, it was Charlie who pledged to love her honestly and share in her trials and tribulations. 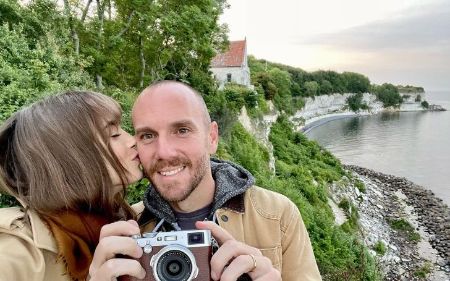 As apparent from her social media pages, the married pair are a fun-loving, adventurous duo and often hit the road nonchalantly. It was during one of such many road trips that McDowell got down on his knees and asked Collins to marry him. "I've known he was "The One" since the very beginning," Collins gushes while talking about their dreamy proposal, which happened during their trip through the American Southwest. Recalling the moment, Collins describes it as "a surreal moment that you just replay over and over in your head."

Collins and McDowell enjoyed a brief dating bliss before taking things to the next level. The pair sparked dating rumors in July 2019. The twosome met on the sets of Collins' 2019 starrer Gilded Rage, where McDowell holds screenplay credit. The Emily in Paris fame says it was love at first sight. "I knew the second I met him that I wanted to be his wife," the actress shares. After short swirling rumors, Collins made her relationship official in August 2019. Sharing a few snaps of her and McDowell, Lily wrote, "always got your back." 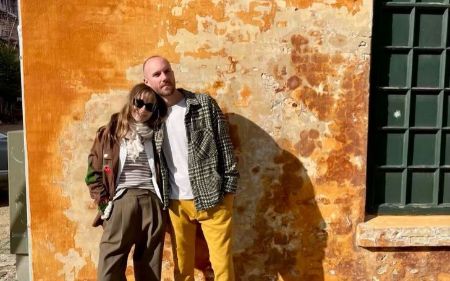 There's no such thing as hasty marriage when you know you've nabbed the right person. Collins announces her engagement with McDowell in October 2020 and walks down the aisle with him a year later. "I've been waiting my life for you, and I can’t wait to spend our lifetime together," Collins wrote in her post while sharing a gallery of pictures from the proposal. The twosome tied the knots on September 4, 2021, at Dunton Hot Springs, Colorado. Lily captions her post, "On September 4th, 2021, we officially became each others' forever. I love you beyond @charliemcdowell, who also penned a heartfelt note for her new wife on his page.

Collins may be the better-known star of the two, with several credits and Emmy and Golden nominations under her belt, but McDowell is a star in his own right. A native of LA, McDowell is a director and screenwriter. Best known for directing the 2014 comedy thriller The One I Love, which starred Mark Duplass, Elisabeth Moss, and Ted Danson, Charlie also comes from a family of celebrities. His father is English actor-producer Malcolm McDowell, and his mother is actress Mary Steenburgen. 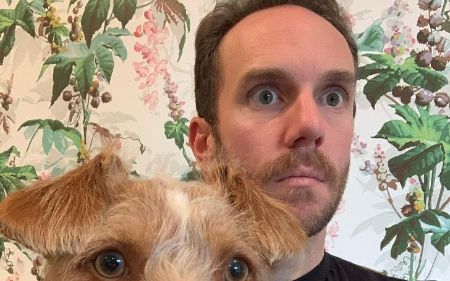 McDowell is best known for directing The One I Love.  SOURCE: Instagram

McDowell made his directorial debut with The One I Love, which received raving reviews from critics and audiences. He next wrote and directed the 2017 sci-fi film The Discovery, a Jason Sequel and Rooney Mara starrer. McDowell's other credits include Legion, On Becoming a God in Central Florida, Silicon Valley, Dear White People, Dispatched from Elsewhere, and Tales From the Loop. McDowell and Collins have worked on several projects, including Windfall and Gilded Rage.

Here's a video of Collins gushing about her husband.

Before finding his forever ever after in Collins, McDowell dated Game of Thrones actress Emilia Clarke. The One I Love director started dating Clarke in October 2018, and the duo's romance fizzled out in 2019. Clarke has since been rumored to be dating actor Matt Smith.

The Emily in Paris star has been as busy in her love life. Collins's dating history includes a number of A-listers, including Zac Efron, Chris Evans, and Nick Jonas. Collins' earliest known boyfriend (celebrity boyfriend) is Twilight fame, Taylor Lautner. The Blind Side actress dated the heartthrob after working with him in the 2010 film Abduction. But the duo's romance was so short-lived that it ended before their movie's premiere. "At the Abduction party,. it was awkward. They barely said a word to one another," a source said. 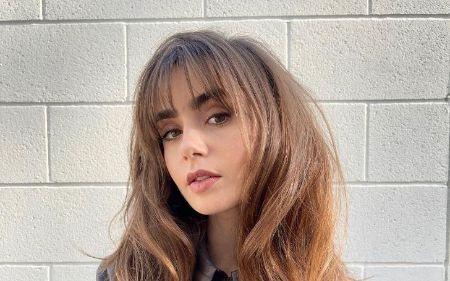 Collins had a fling with Baywatch actor Zac Efron in 2012. Their short romance was followed by a more serious relationship with actor Jamie Campell Bower, who Lily dated on and off for two years from 2012 to 2013. Collins had a few more flings, including with Thomas  Cocquerel, Chris Evans, and Nick Jonas, before crossing roads with The One I Love director. "Its so nice to be able to finally say that I’m a wife, [but] sometimes it makes me feel very old," says Lily.