Ariana Berlins disclosed her engagement with boyfriend Jimmy Rotstein via her Instagram posts. They have been together since 8 years.

Facing a tragic road accident in past Ariana Berlins's finally recovered as she is one of the accomplished stunt performers this time.

Ariana berlins recently got engaged to her longtime beau Jimmy Rotstein in August 2017. The guy is all over in her Instagram posts!!!

They'll marry soon in the coming days. Let's know about her more in today's section!

Ariana Berlins: All Set to Get Married to Jimmy Rotstein

Ariana and Jimmy have been in a wonderful relationship for 8 long years and there's merely any change in their love and care. 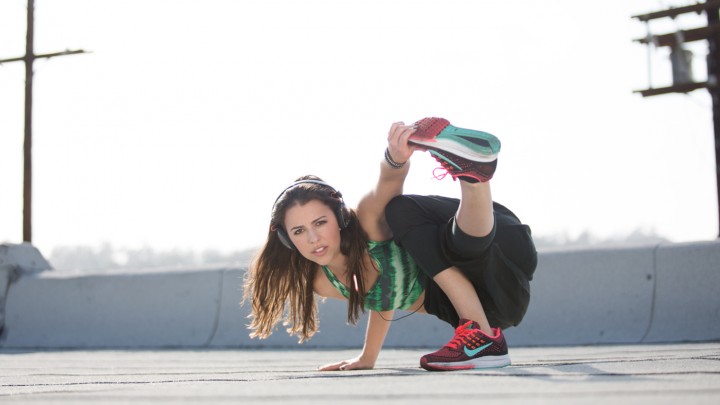 Earlier this year on 17 August, Ariana shared an Instagram post with her soulmate where she disclosed that a lot has changed in eight years yet nothing has changed at all.

A lot has changed in 8 years. Then again, a lot has not. #throwbackthursday

Her Instagram is almost covered with a number of lovely pictures of the couple sharing their romantic moments.

Furthermore, on August 20, 2017, Ariana flaunted a beautiful engagement ring on her finger; also kissed her beau.

Looking at these posts we can simply call them an example of true love.

As the couple is already engaged, it's apparent that the duo is on the verge of getting married soon in days that follow.

Let's congratulate the couple with lots of best wishes for their future life.

As soon as she recovered from the drastic accident she started break dancing and became one of the youngest members of the San Diego break dance troupe Culture Shock.

It's literally a tough task getting back into gymnastics training, she remained in dance and performed at SeaWorld San Diego. She met UCLA Bruins gymnastics head coach, Valorie Kondos Field.

That was the transition phase of the star. Without any time wastage, she returned to the gym and regained her gymnastics skills.

She is a four-time All-American and one of UCLA's most persistent athletes ever.

Apart from athletics she also proves herself the best in acting. She was a stunt performer for one episode of Three Rivers in the year 2009. Katherine Moennig, Daniel Henney, and Justina Machado are some of the distinctive characters in the American television drama.

She performed stunts in a number of TV series including NCIS: Los Angeles, Shake It Up!, 90210 and Make It or Break It.

Also appeared as a stunt double in Switched at Birth, The Fosters, Greek, and Honey 2.