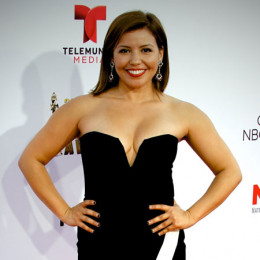 Justina Machado is an actress, noted for her portrayal in the HBO drama series Six Feet Under,as Vanessa Diaz. She is the recipient of a Screen Actors Guild Award for "Outstanding Performance by an Ensemble in a Drama Series". While attending the Lane Technical College Prep High School, she performed at the Latino Chicago Theatre Company. She is of Puerto Rican descent.

"Queen of the South" actress is not married to this date. Neither, she do have any kids from her relationships. She had an affair with some big names of the Hollywood industry.

Machado has tons of fan followers around the world. And, she might have been receiving lots of love proposals on daily basis. However, she has remained quite in terms of her relationship status as for now. It is not like she isn't interested in men. We have records of her past affairs.

Machado is currently in a relationship with award winning director, producer and actor Emanuel Gironi. Seems like, the duo kindled romance in 2015 while they were photographed outside of Wrigley Field. 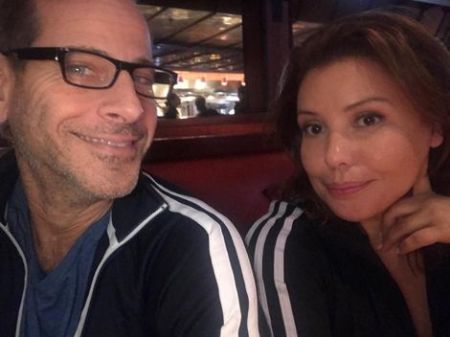 Justina and her partner even celebrated a birthday together. A year and a half later, the lovers reignited their bond as she mentioned Emanuel her love in an Instagram post.

NYPD Blue star was spotted dating Christian Svensson in 2002. Unfortunately, their lovey dovey affair could not end in a marriage. Besides, the curly-haired said she has briefly dated a guy, Aaron in 2000s.

How Rich Is Justina Machado?

Justina Machado, 47, has an estimated net worth of $1 million as of 2019.  She earned big amount of income from movies like The Call, The Purge: Anarchy and Final Destination. The average salary of an actress is $49.707-$55.590 per hour. She's worked alongside Alexz Johnson, Ali Larter, and Haley Webb.

Some Interesting Facts of Justina Machado