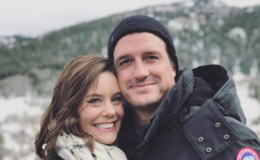 Ashley Williams is an actress from the United States. The 43 years old actress is best recognized for her role in The Jim Gaffigan and Good Morning Miami.

Ashley Williams is an actress with a net worth of $1 million from the United States. The 43 years old actress is best recognized for her role in The Jim Gaffigan and Good Morning Miami.

Williams has been featured in many tele-movie over the years and has done more than 150 episodes of television additionally, including The Hallmark Channel, Lifetime Television, and ABC Family. She has also worked in the studio and independent movies, Off-Broadway, On-Broadway, and regional theater.

Who Is Ashley Williams' Husband?

Ashley Williams is married to her husband, Neal Dodson. Dodson is a producer. He executive produced Another Cinderella Story, Hollidaysburg, Jonathan, Love On A Limb, Never Here, and Periods. Neal has co-produced Hateship and Loveship. He has featured and produced in the Starz documentary filmmaking television series The Chair. 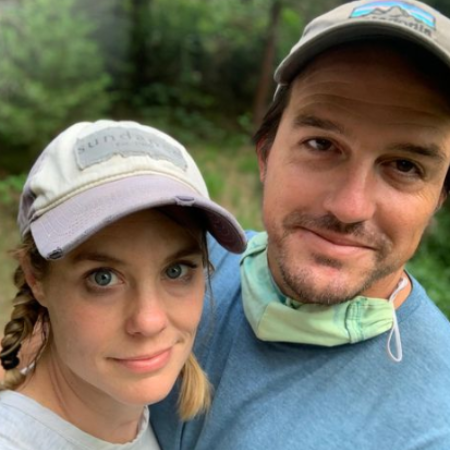 The lovebirds tied the knot in 2011 at Brad Paisley's Farm after getting engaged in 2009. The couple was romantically involved since 2003. 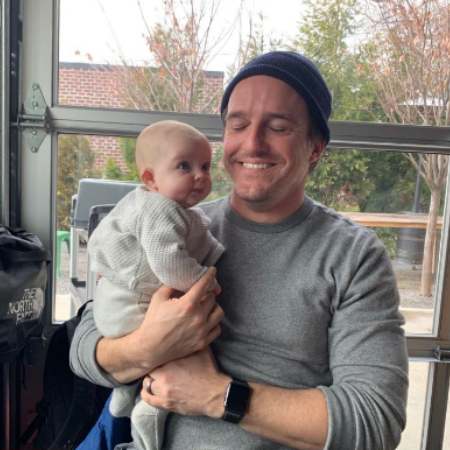 As per People, Odie was born in Los Angeles on Wednesday, May 17, just like his father's birthday. "This time, I gave birth in the hospital at Cedars-Sinai Medical Center," Williams tells People. "It's been a very crazy year, and that's where I felt most comfortable giving birth this time around. It was different from home birth, my doctor Jay Goldberg, was awesome because of his confidence and ease."

Ashely's son's name was from a great-grandfather of Neal. Odie's middle name is a nod to the protagonist of the children's books One Morning in Maine and Blueberries For Sal by Robert McCloskey. They were favorites of Ashley's mother, Jane.

Williams told that she employed the services of Blyss Young, a monitrice. As she describes, the monitrice services are fairly new to the birthing scene, and it is a certified midwife and a verified doula so that you can make a wise decision.

"Receiving a monitrice meant that I had more knowledge when I arrived at the hospital," Ashely adds, saying she highly suggests using a monitrice/doula. While we were at home, Blyss was able to confirm when my water had broken, examine the child's heart rate during early labor, and even make sure of dilation then we went to the hospital."

"Blyss is a game-changing source of centering love, guidance, and expertise," said Ashley. "We felt grateful to have her. She kept me grounded and guide me through the kind of birth I wanted to have." She first made her baby bump appearance in January with a belly-hugging red lace dress while she attended the Hallmark Channel and Hallmark Movies and Mysteries Winter 2017 TCA Press Tour event in Pasadena, California, with her sister Kimberly Williams-Paisley.

Before the event, Ashely tweeted the good news, telling about how Gus made a wish that didn't quite come true. She joked "Great news! Gus requested a pony, but he's getting a baby brother instead. Smaller poops. #babydodsonsequel #comingspring2017."

Williams' happiness came after 8 months after the People revealed in a blogger wrote an essay for Human Development Project. "I standing in front of you trying to normalize my miscarriage. And I would like to hear about yours," she said to the readers who have miscarried. "You are not damaged and you didn't do anything wrong."

Ashley continued," I invite you to join me in the building of a vocal army of the 25 percenters who can change miscarriage in the social sphere. When I was bleeding out of shorts, I was right next to you at Whole Foods. I am fine now. I've made it. I'll try it again once I am healed." 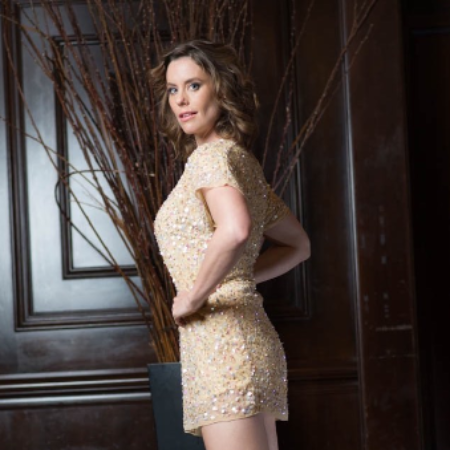 Williams is Kimberly Williams' younger sister and sister-in-law of Brad Paisley, a country music star. In Rye, New York, she attended Rye High School. Ashley got her Bachelor of Fine Arts from the Boston University College of Fine Arts School of Theatre in May 2001.