Home Article Audrey Murdick enjoys blissful Marriage life with Husband Jeff Dunham; They are a Parent of a Twins

Audrey Murdick enjoys blissful Marriage life with Husband Jeff Dunham; They are a Parent of a Twins

Audrey Murdick enjoys blissful Marriage life with Husband Jeff Dunham; They are a Parent of a Twins; See her Wiki, Bio, and Net Worth

Fitness fanatic and nutritionist, Audrey Murdick, as many of you don't know is in a beautiful and stable relationship with her husband, Jeff Dunham.

Not many people are able to balance between their professional and personal life but Audrey seems to do it with ease. Not only that, the pair is a proud parent of twins.

Today in this section, let's take a close look at their marriage life and know the secret to beautiful married life.

Audrey Murdick-Married To Jeff Dunham Since 2012

She is widely famous for being a nutritionist and have a wide variety of customers which includes some of the biggest names in the entertainment industry. 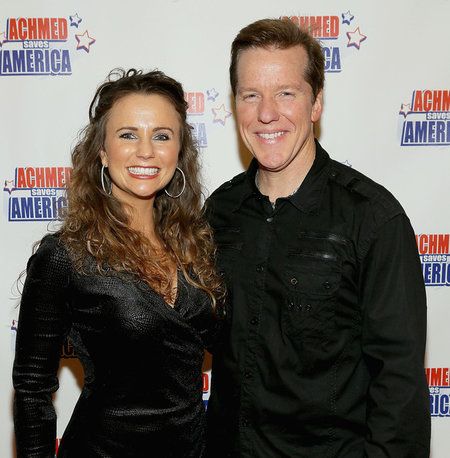 Audrey and Jeff tied the knot in 2012 after getting engaged in 2011
Source: Zimbio

That explains how she is still able to remain fit despite being a mother of twins. We all have heard the saying that if you can make a lady laugh, then she will be head over hills for you.

Same things happened to Audrey when she first met Jeff Dunham, a ventriloquist, producer, and stand-up comedian. According to her, Jeff is a really funny guy and that's why she fell for him.

Wouldn't it be nice if we didn't have to worry about gaining ANY weight from now until January 2nd?? It is possible! Check out my post: "My #1 Tip on How To Prevent Weight Gain During the Holidays" Link in Bio! www.AudreyDunham.com

“Indulgent food lover and pastry chef at heart! I am also the proud wife of a funny man, Jeff Dunham, mama to twin boys and step-mom to three grown girls. My goal is to simplify all topics Food, Cooking, Health, and Stress related.”

Even though she is a stepmother to three girls from Jeff's previous marriage; two biological  Kenna Dunham and Ashlyn Dunham and one adopted Bree Dunham, she proudly calls them her own daughters. She and Jeff got engaged during the Christmas Eve of 2011.

TA DAAAA! @audreymurdick and I are now married and I'm the luckiest guy on the planet! #jedreywedding2012 Off to honeymoon! 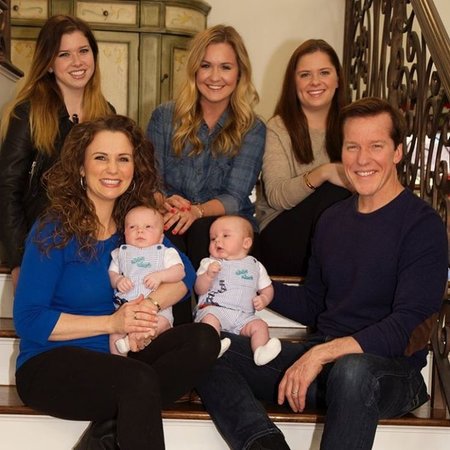 Audrey and Jeff with their twins and Jeff's daughters from previous marriage,
Source: Pinterest

Well, at the very least, he will be keeping his wife smiling even in the worst of situations. The pair welcomed their twins, in October 2015.

Jeff himself pulled his two kids out after the doctor successfully cleared their heads. Speaking of the experience, Jeff said,

“Mama Audrey and both boys are happy and healthy and doing well. Born two hours apart and no C-section needed. I was literally right there, and after the heads were clear, the doctor let me pull the little guys out the rest of the way. Life doesn’t get any more beautiful and amazing than that.”

The family of four is one of the happiest families around. The two little nuggets have their father around whenever they are feeling sad.

The pair named their two kids James Jeffrey and Jack Stevenson. The baby boys arrived just a day before the pair celebrated their third marriage anniversary.

Thanks to his expertise in comedy, Jeff is able to keep his family together. 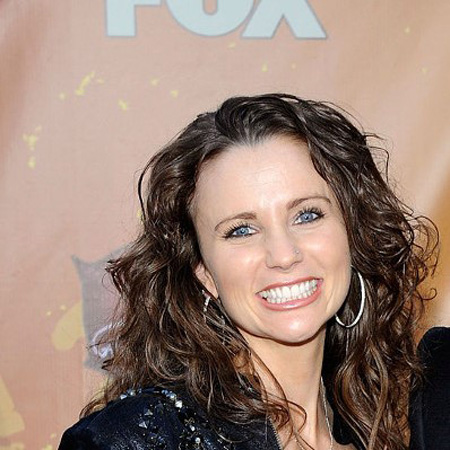