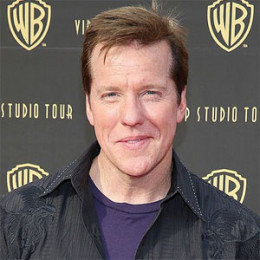 Jeff Dunham is the stand-up comedian and ventriloquist who is the first person to win the Ventriloquist of the Year Awards Twice in 2008. He has also appeared on numerous television shows including The Tonight Show, Sonny With a Chance, Late Show with David Letterman and others.

Slate called him "America's favorite comedian". He is the top-grossing standup comedian in North America and also in Europe.

He has been called America’s favorite comedian by the online magazine Slate and according to the Pollstar, the concert industry publication, he is the top-grossing standup act in North America.

Jeff Dunham was born on April 10, 1962, in Dallas, Texas. He was adopted by real estate appraiser Howard Dunham and his homemaker wife Joyce when Dunham was three months old.

In 1970 at the age of eight, he became ventriloquist when his parents gave him a Mortimer Snerd dummy for Christmas and an accompanying how-to album. When he was in grade four, He made a resolution that he wanted to be a ventriloquist and best one ever.

He practiced for hours in front of a mirror, studying the routine of the American actor, radio performer and the comedian Edgar John Bergen and the how-to record Jimmy Nelson’s Instant Ventriloquism.

When he was in grade six he began to attend the Vent Haven Convention in Fort Mitchell, Kentucky. Then he started performing in school, church and during his job at Six Flags.

He attended Baylor University right after he finished his high school. However, his weekend was quite busy, he had to travel to various places within the country for various performances.

He began performing as a teenager. He performed in various venues such as in church, school, and during his job at amusement park Six Flags. From his middle school years, he started to perform in banquets attended by local celebrities Roger Staubach and Dallas Cowboys.

While he was at the University, he used to entertain people by giving a private show on weekends.

He was seen in The Tonight Show four times than he again moved back to perform in the clubs. He was voted for the Funniest Male Standup at the American Comedy Awards in 1988.

In 2003, he appeared on Comedy Central Presents which presents his first solo appearance on Comedy Central. He released his own comedy DVD, Jeff Dunham: Arguing with Myself which later was aired in the Comedy Central having 2 million viewers and selling two million DVD in 2005.

In 2007 he appeared in the Larry the cable guy feature film Delta Farce as the Amazing Ken.

He signed a deal with Comedy Central, after which he worked on his own television series named The Jeff Dunham Show in 2009. 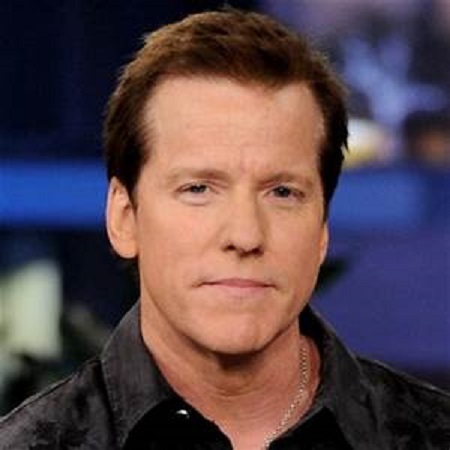 Later, he taped to Jeff Dunham’s Very Special Christmas Special at the Pabst Theater in Milwaukee, Wisconsin and also premiered on Comedy Central which was watched by 6.6 million people. The special premiere was the highest rated telecast in the Comedy Central’s history.

Moreover, in September 2011, he worked on his next comedy specials Jeff Dunham Controlled Chaos which was premiered on Comedy Central, Minding the Monsters premiered in October 2012, All over the Map, premiered in 2014 and Unhinged Hollywood premiered in 2015.

American ventriloquist and comedian Dunham has a net worth of $140 million as of 2018. He is one of the highest paid comedians in the world. He earns $15 million- $30 million per year. 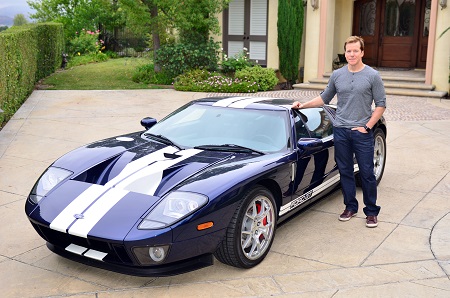 Forbes ranked him as the third highest-paid comedian in the US after Chris Rock and Jerry Seinfeld. He was one of the highest-earning comics between 2008 and 2009 as he made $30 million within the time.

Jeff Dunham is a happily married man. He married a competitive bodybuilder and personal trainer Audrey Murdick and blessed with twin boys James Jeffery Dunham and Jack Steven Dunham. They got engaged on 25 December 2011 after they started dating from 2009.

They tied a knot on 12 October 2012. There are not any rumors regarding their divorce as they are spending a happy life.

As stated on his Instagram profile, he's a 'Happy Husband and Proud Father'. 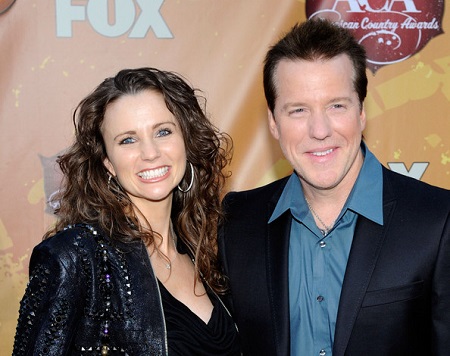 Previously, in May 1994 he was married to Paige Brown and they adopted a one and a half years old child named Bree. Later the duo was blessed with two daughters Ashlyn and Kenna in 1995 and 1997 respectively. Unfortunately, the pair divorced in 2008 due to their personal reasons.

He became a father of altogether five children. Three from his first wife and two from his present wife.

Who needs toys on Christmas when you can have a big box full of styrofoam peanuts!? #merrychristmas and #happyholidays everyone!

He spent a quality time with his wife Murdick and children and posted images via Instagram.

Two times Ventriloquist of the Year Award winner Jeff Dunham has drawn praise from the Dallas Morning News for his technique and timing. The Hollywood Reporter accused his character of being racist caricatures, homophobic and sexist.

In may 1994 he was married to Paige Brown and they adopted a one and a half years old child named Bree. Later The duo blessed with two daughters Ashlyn and Kenna in 1995 and 1997 respectively. Unfortunately, the pair divorced in 2008 due to their personal reasons.

He married a competitive bodybuilder and personal trainer Audrey Murdick and blessed with two twin boys James Jeffery Dunham and Jack Steven Dunham. There are not any rumors regarding their divorce as they are spending a happy life.