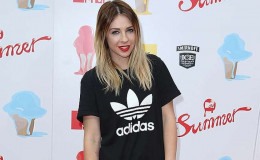 Alison Wonderland Past Affairs and Dating History; Suffered from Sexual Harassment; The singer disclosed information about the incident on her Twitter account; Also, see..

Australian DJ Alison Wonderland became famous for her debut album Run which even got certified as gold by ARIA. The talented music producer was also nominated for the ARIA award back in 2015.

Alison is quite open about her personal life and usually keeps her fans posted regarding what is going on in her life. Though she never talked anything about her boyfriend so some sources even claim she is hiding a secret boyfriend.

Is the rumor true? Let's find out.

At such a young age Alison made a big name in the music industry. Not only in Australia, but she has a big influence all across the world. That explains her thousands of followers in the social media account.

Back in 2014, she posted something about her boyfriend but it was something different. When many of us thought it will be a picture of her handsome boyfriend, it turned out to be her pet dog. 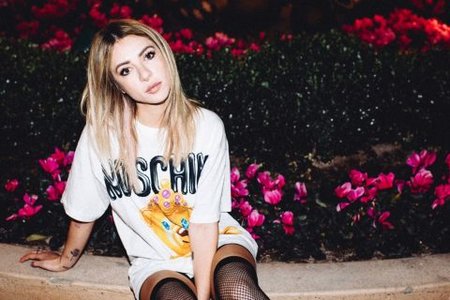 Alison Wonderland is currently single and not dating anyone
Source: Stoney Roads

As funny her tweet was it still didn't inform us whether she is dating or not. Judging by her social media account it is quite easy to make out she is not dating anyone.

Because we all know Alison never hides anything from her fans and having a boyfriend is one of them. The singer is still to reveal if she is in a relationship or something of that sort.

Though she did mention having a loyal American boyfriend. Well, she certainly knows how to make fun of her single relationship status. For now, she is single and working towards establishing herself in the music industry.

In the recent time, many of you might have already seen the ugly face of the entertainment industry. In late 2017, multiple actresses came out to the public as they revealed the dark side of the industry.

Big Hollywood producer Harvey Weinstein find himself in the center of all this controversy. Soon after the scandal came out, Alison who never revealed anything from her past life stated how she was also the victim of harassment a few years ago.

In a tweet, she told the world that she also faced harassment while doing a job. 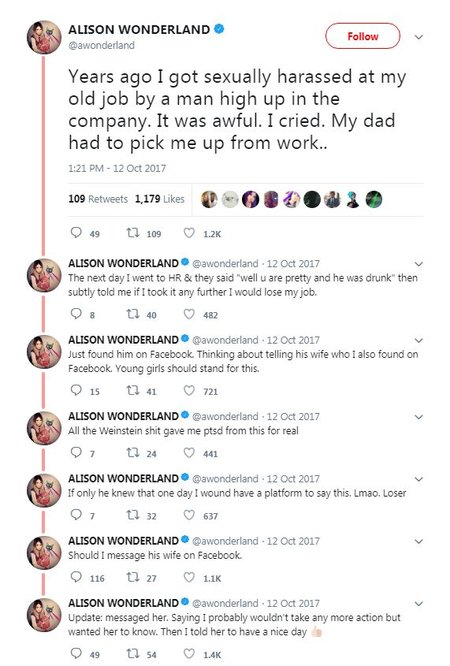 According to her, a top official sexually harassed her at the office. At first, she cried and asked her father to pick her up from the office. Next day she decided to lodge a complaint against him and went to HR.

Though HR didn't pay any heed to her complaint and asked her to drop the case. After many years, Alison found his wife on Facebook and decided to drop a message regarding her husband's activity.

The Weinstein case really helped her to keep her head up high and to disclose the harassment she faced. 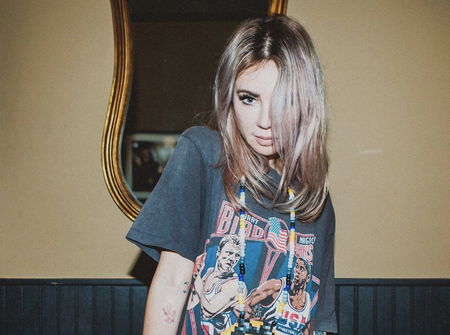