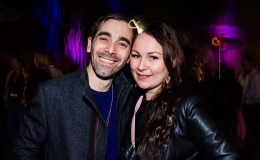 There's something really so special for those who don't believe in long distance relationship and for those who think finding love on the internet is "fake and useless". The love life of motivational speaker and author Sarah Prout and her husband will definitely drive you people into another world.

Despite an abusive past and some tragic incidents in her life, Sarah Prout's still standing straight and strong. It's all possible as she has someone always behind her who loves and supports her no matter what's the scenario.

Sarah Sprout is living a blissful marriage with her husband Sean Patrick Simpson since 2013. The pair has two adorable kids and life seems so perfect in Prout's family but things were not the same in the past.

Yes! you are hearing it right! Sarah and her husband Simpson faced numerous traumas in their life yet they are the one made for each other and the word called "divorce" or "break-up" simply doesn't exist for them. 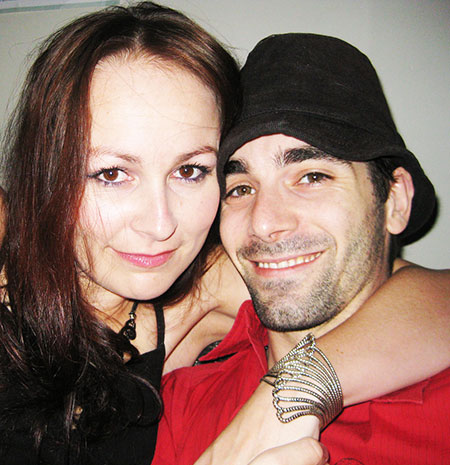 Are you guys ready to take a trip to Prout's life? Let's move on!

Things started when Simpson followed Prout on Twitter in February 2009. As she was finally free from 10 years of an abusive marriage, she met a good friend and good moral support from him.

Discover: Know the inspirational story of success, hard work and passion of the entrepreneur Anastasia Soare including her married life, husband, and children

After a year of talk, they decided to meet. Simpson flew from LA to Noosa to meet her for the very first time in May 2010. It was like an instant connection for the two as they started their publishing company very soon.

@seanpatricksimpson and I are having a really fun time at the @mindvalley reunion. Photo credit:  @kerstiniglas #mindvalley

It was on her 33rd birthday in 2012 Simpson proposed her and she, obviously said YES!

Prout became pregnant with her first baby with Simpson but something unfortunate happened. She lost her baby at around 6 weeks in September 2013 some days prior to their wedding.

Sarah Sprout's Wedding And Life Ahead:

The most awaited moment finally approached as the lovebirds tied the knot on 21st September 2013 in Las Vegas at the Rumor Boutique Hotel. It was an intimate ceremony as the groom and bride were surrounded by their beautiful friends and family.

She faced two heartbreaking miscarriages after her marriage but a good news finally knocked the doors as she gave birth to their first child Lulu Dawn Prout on 23rd March 2015.

The couple became parents for the second time as they welcomed their second daughter Ava Moon Prout.

Despite major ups and downs, Sarah and her husband are so much into one another that one can learn a lot from their amazing bonding.

Sarah Prout's Past Married Life With her Abusive Husband

Sarah was just 19 when she married her first husband. And, she says it was the biggest mistake of her life.

"The guy asked me to marry him and I said 'yes' because I wanted to feel chosen. I should have said 'no'."

Nothing actually happened as Prout expected as the condition was so traumatic that one can barely imagine that the condition can be so worse. Her marriage didn't turn to be the way of bliss and wonders but it was the beginning of 10 years of domestic violence for her.

"There were many bruises, many tears, and many tantrums."

One day when she returned home to her husband, she found her husband piled up all her clothes waiting to be set alight, her computer was in two parts, her desk was cut into two half with an axe. Photos of her grandmother were ripped apart and along with the letters she wrote to her before she died.

I don’t even recognize myself in this photo. It was 2005 and I was pregnant. Just remember that LIFE CHANGES and moves you forward. Everything always changes and The Universe has a plan.

She became so strong at that moment that she finally called the police. At that very moment, she finally decided 'she has to change' and that was the day she decided to leave her husband and move on with her two kids.

That's not just the end of her struggle as she suffered a lot as she didn't have money to feed herself and her kids. Days and nights passed by and she's now one of the most powerful women in the world.

Here's Sarah Prout explaining how to survive the imperfect relationship:

You guys have definitely learned a lot from her story, don't you? 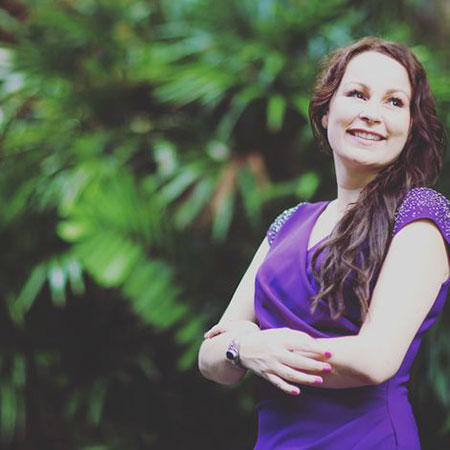