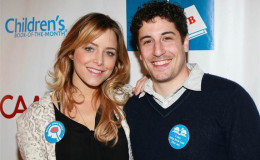 Beautiful couple Jason Biggs and Jenny Mollen just welcomed their second child, a baby boy! The pair is on cloud nine and we would like to give them a big congratulation. 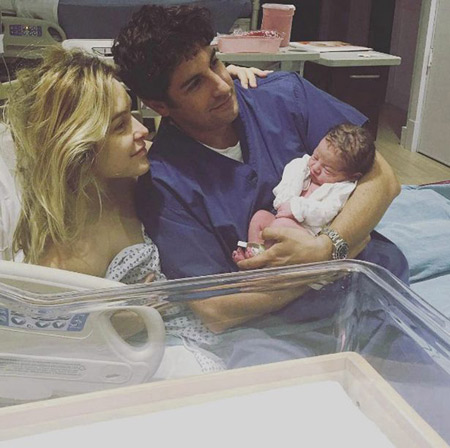 The baby is happy and healthy weighing 7 lbs., 1 oz. and measures 20 inches long. Jason recently posted an adorable picture of his son, Lazlo along with his wife, holding together baby that stole our hearts!

Lazlo Biggs. He is amazing and @jennyandteets2 is my hero. Sid and Lazlo and I are so lucky she is our mama/wifey.

The adorable couple announced that they were expecting second child back in April 2017 on Instagram and they were really excited about the news. Jason kept us updated about the whole thing and also posted a video while his wife was taken down to the labor room.

In the video he said,

"Okay, so Jenny just got wheeled into the OR. I have to wait here 20 minutes now in my goofy hat. I did not expect to be this nervous and this anxious and excited.

I mean, I was expecting to be excited but from what I remember, I feel exactly the same way as the first time we did this and I expected not to feel this way again. I thought I'd be way calmer and cooler and collected, and I'm not."

Jenny revealed that she will eat her placenta and she did in the form of a pill. Jason too ate the placenta although experts suggest that eating placenta by men does no good. Jenny consumed placenta believing that it has health benefits for mothers.

This wonderful pair first met on the set of My Best Friend's Girl and got engaged in 2008 and later married on April 23, 2008. They gave birth to their first child son, Sid Biggs in 2014 who's now three and a half year old.