Bachelor in Paradise's Taylor Nolan and Derek Path got Engaged; See their Relationship 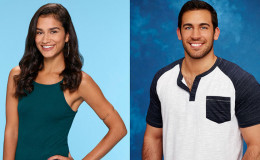 Bachelor in Paradise's Taylor Nolan and Derek Path got Engaged; See their Relationship, Affairs, and How they First Met

Bachelor in Paradise star Taylor Nolan and Derek Path got engaged in one of the episodes of the show. The two reality star moved called of their differences and exchanged rings.

Talk about overcoming all the odds and remaining strong together. So what you think? Is it a publicity stunt or are they going to walk down the aisle?

People magazine exclusively learned about their delightful engagement. While the show was going the pair exchanged rings.

They first met each other during the 4th episode of the show. They instantly hit it off and become a couple in the reality TV series. 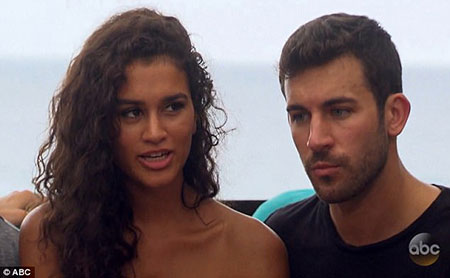 Taylor and Derek is now a betrothed couple, They got engaged, Source: Daily Mail

“Derek and Taylor got engaged last night. No one knew Derek was going to propose. He gave her a Neil Lane ring.”

At first, many people speculated they won't last long and this is just one of those relationships in the show, which will eventually fall after some time. But as they say, 'Love remains, despite all the odds,' their relationship remained stood strong.

During one of the episodes, when Taylor showed her concern about their relationship after the show and then Derek stated (jokingly), 'F*** You.' 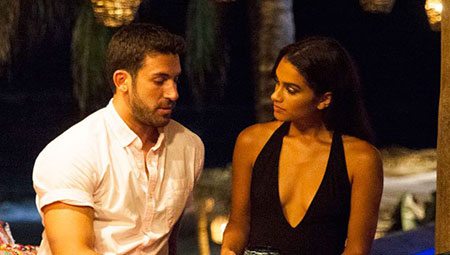 The pair first met each other during the show, Bachelor In Paradise, Source: Hollywood Life

Taylor works as a mental counselor whereas Derek works as a commercial banker. Peth previously competed in the 12th season of the show The Bachelorette.

Whereas, Nolan appeared in the 21st season of The Bachelor and competed with her co-star, Corinne Olympios. We wish the couple remain strong together and would love to see them exchange vows.