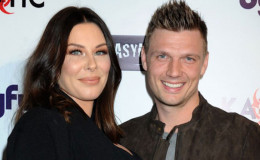 It's been few years since their marriage and Nick's female fans are accepting his wife as one of their own. The Carter family consists of three members, the lovebirds, and their son.

The Backstreet Boys gained attention in the early 2000s and the band members were especially famous among the ladies. So it was natural when many females despised Lauren after she tied the knot with Nick. 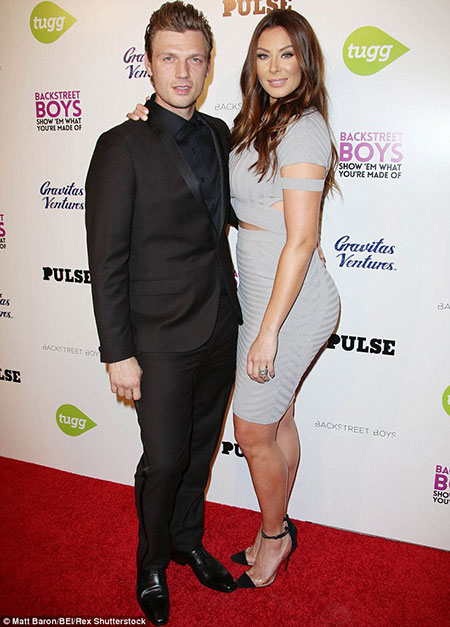 Lauren married her boyfriend of 5-years in an exotic wedding at Santa Barbara, Source: Daily Mail

The couple got hitched on April 12th, 2014, in an intimate ceremony. The pair decided to exchange vows in a beach ceremony at the beach of Santa Barbara, surrounded by some of Nick's bandmates.

In order to show love for her boyfriend, a day before the wedding, Lauren tweeted a beautiful message on Twitter.

As Nick doesn't wanted to be outdone by his better half, he also tweeted to show his affection to the women of his dreams.

Happiest day of my life 4-12-2014 I married my best friend and woman of my dreams. Lauren Kitt Carter honeymoon time!

She referred him as her 'Love of Life,' couldn't have been more romantic. They got engaged in 2013, after dating for a long time.

One Child Between Them

The duo welcomed their first child, a boy, on April 19, 2016. As like any other normal couple, the couple was joyous after their boy's birth. 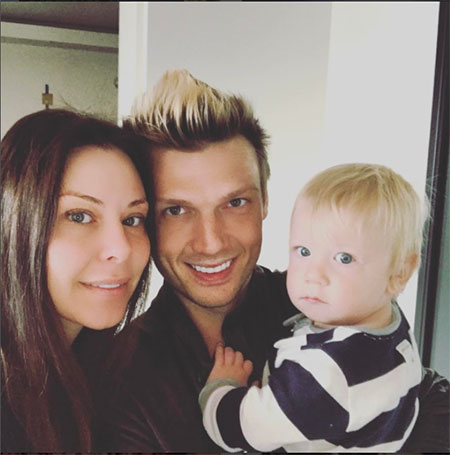 Lauren and Nick welcomed their first child on April 2016

Although her boy did gave her a lot of problems. She went into a massive 30 hours labor but as they say, 'Mother's love perishes all.'

Both the boy and his mother were in good health and they named him after the Norse god, Odin. The pair recently celebrated Odin's birthday and posted an adorable snap.

Well, as for now the pair is living blissfully and their marriage is going without any problems. There aren't any rumors of the pair getting divorced or something like that. 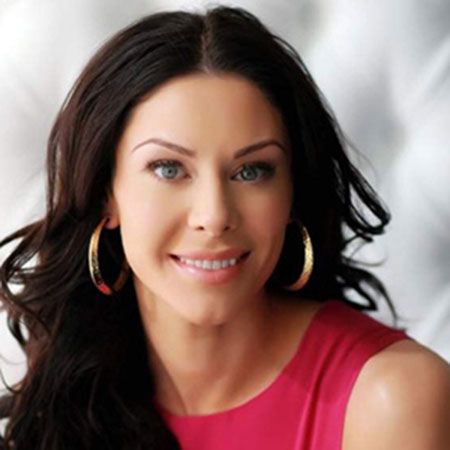