Barbara Eden Married To Jon Eicholtz After Several Divorce; Know About Her Married Life And Children 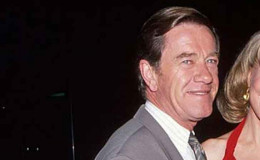 Named by People's magazine as 'One of Americas 200 Greatest Pop Icons of The Twentieth Century', her career was tremendously eminent but she sure couldn't steer her personal life out of scandal and gossip. Barbara Eden's love life is stable as of now because unlike her two past marriages, this one is apparently the one she is most optimistic and blissful about. The 87-year-old has sure been seen in high spirits the current days, some of it sure is seen as a sign of a thriving love life between Barbara and her husband Jon Eicholtz.

Marilyn Monroe once said, "Fame doesn't fulfill you. It warms you a bit, but that warmth is temporary."

This is exactly the case with Barbara Eden. Despite being highly acclaimed in the world of Hollywood and also regular in the papers, she has found solace in different husbands and boyfriends time and time again.

Named by People's magazine as 'One of America’s 200 Greatest Pop Icons of The Twentieth Century', her career was tremendously eminent but she sure couldn't steer her personal life out of scandal and gossip.

Let's talk about it more in the section below!

Are Barbara Eden and Jon Eicholtz still Together?

Most notably, How to Marry a Millionaire cast feels blessed to have a real love of her life despite two failed marriages and divorce. Even in the 80s, she has a heart of gold filled with full of love, she never misses sharing the moment she's spent with her beau and kids.

In addition, Eden prefers traveling while in the meantime, she especially likes to go safari with her husband of twenty-eight years who finds every possible way to make her blush.

Barbara Eden: What's Up With Her Relationships and Family?

Barbara Eden's love life is stable as of now because unlike her two past marriages, this one is apparently the one she is most optimistic and blissful about. The 87-year-old has sure been seen in high spirits the current days, some of it is seen as a sign of a thriving love life between Barbara and her husband Jon Eicholtz.

She got married to Jon Eicholtz on 5th Jan 1991 which is said to be the start of something assuring in the romantic life of the famous American TV actress, comedian, and singer. She got married to Jon in her 50s and she is heard saying that they didn't like each other at first but their affection grew gradually.

They eventually got married and the best part about their relationship is that the pair shares the same life ideas and enjoys traveling the world together. 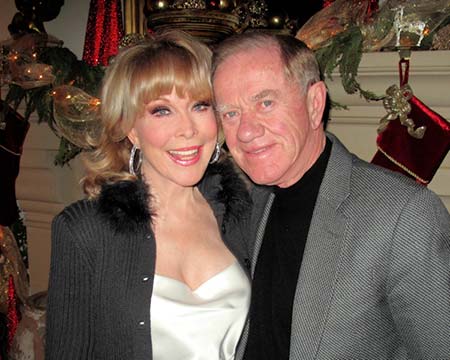 Although Barbara's love life seems to be a bliss right now, she had a fair share of ups and downs in the romantic aspect of her life. Eden was married to TV actor Michael Ansara in 1958 but their marriage was short-lived and they parted ways in 1974.

Eden met her first husband through a blind date and she fell madly in love with Michael as he was a good actor but more importantly because he was a kind soul. During their marriage, Eden was very depressed after the death of their son, Matthew which is said to be the major cause of their divorce. 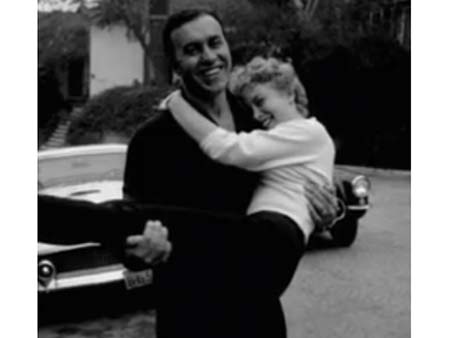 They also had a child together named Mathew and she was also rumored to have conceived another child but according to sources, the baby was stillborn. Eden suffered immense grief when Mathew fell into a self-sabotaging drug habit and died at the age of 35 due to an overdose. She has no other offspring beside Mathew. Back in 1999, she was seen attending a play with her son Mathew.

In 1977, she eloped with another man, Charles Donald Fegert, a Chicago Sun-Times Executive. They had quite a long run and Eden's fans seemed really expectant about this relationship but their marriage ended in 1983. Their relationship fell prey to the alcohol and cocaine habit of Charles, which made him quite abusive, forcing Barbara out of the marriage.

Moreover, famous names like John Marion, Robert Vaughn, and Barry Coe are associated as her boyfriends.

Barbara Eden, 87, looks very youthful given her age, so this raises some questions about the surgeries and procedures she has been through. Barbara old age surgical procedures may be some of the few cases that are rumored but does not make it the only one. Although she is surrounded by controversies she is often seen happily posing alongside her husband on Instagram.

Wishing all my American friends and fans, both stateside and abroad a very Happy Independence Day! As we enjoy the food, drinks and fireworks, let us not forget the sacrifices of our Founding Fathers and revolutionary troops that made this day -and our nation- possible. We should never forget that what we have as Americans was not given nor provided for us by anything other than our fighting spirit and the Grace of God. Had we not won I firmly believe things would be terribly different even now. We celebrate 241 years of Independence today. For that among so many other things I am very grateful. May God bless all of you and may God continue to bless these wonderful United States of America! Happy Independence Day! -Barbara #4thofjuly #independenceday #usa #holiday

Eden has a curvaceous body shape with blonde hair color and blue eye color which has remained evergreen right from her youth. As a matter of fact, she is also one of the major sex symbols in the 60s to the early 2000s.

There also have been rumors that she had breast implants recently.

Though Barbara has worked in numerous projects over the years, she is still recognized for her role as the Jeannie in the 1965 classic television series ‘I Dream of Jeannie’, which is also thought to be a cult classic in the States. For this role, she was nominated for Best TV Actress category in the 'Golden Globe' awards.

The hugely successful show was revived in 1985 as ‘I Dream of Jeannie, Fifteen Years Later’, where Eden brought the popular character to life once more. It was also claimed that Hollywood giant ‘Columbia Pictures’ wanted to make a movie based on this hit television series, back in 1997.

Eden was rumored to portray the new Jeannie’s aunt in this movie. However, no such project has seen the light of the day till now. In recent years, she has also hosted the show 'Dancing With The Stars.'

'People’ magazine also named her as ‘One of America’s 200 Greatest Pop Icons of The 20th Century.’ As a matter of fact, she even participated in two beauty pageants, where she was crowned ‘Miss San Francisco’.