Home Article Iconic Sex Symbol Of Her Generation Marilyn Monroe Was Famous For Her Controversial Personal Life; What Was Her Relationship Status At The Time Of Her Death

Iconic Sex Symbol Of Her Generation Marilyn Monroe Was Famous For Her Controversial Personal Life; What Was Her Relationship Status At The Time Of Her Death 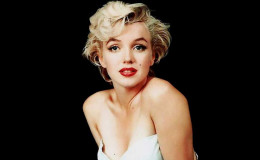 Marilyn Monroe, one of pop culture's most iconic figures and influential personality was known for all her hard work and amazing growth in her professional career within a short time duration. She overcame a difficult childhood to become one of the world's biggest and most enduring sex symbols.

Marilyn Monroe, one of pop culture's most iconic figures and influential personality was known for her hard work and amazing growth in her professional career within a short time duration. She overcame a difficult childhood to become one of the world's biggest and most enduring sex symbols.

Though the star left this world giving numerous hits in Hollywood Movies and music, she's still alive among us. Her iconic style and legacy are still followed by many stars even in today's date. Today let's take a look at her married life, career struggle, depression, substance abuse and more.

One of the Hollywood's former biggest stars Marilyn Monroe had faced all kinds of highs and lows in her life. She's not here among us but some famous divas including Emily Berl, Victoria Silvstedt, and Sarah Paulson proudly celebrate her legacy.

All three of them channeled the late stars look in their own style. Paulson looked truly beautiful in a white halter dress to the similar one the late star wore in 1955's Seven Year Itch. She perfectly dressed up perfectly like the legendary actress for a photo shoot in Las Vegas on 12th May 2018. 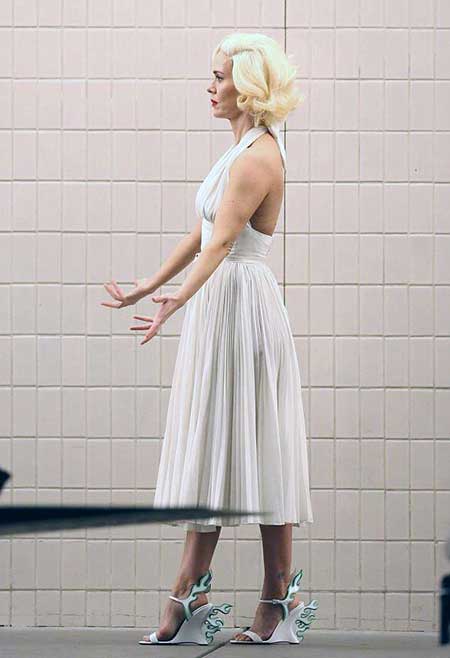 Silvstedt wowed her fans as she made her way along the oceanfront wearing an off-shoulder dress, creating a Marilyn Monroe moment near Cannes on 11th May 2018. 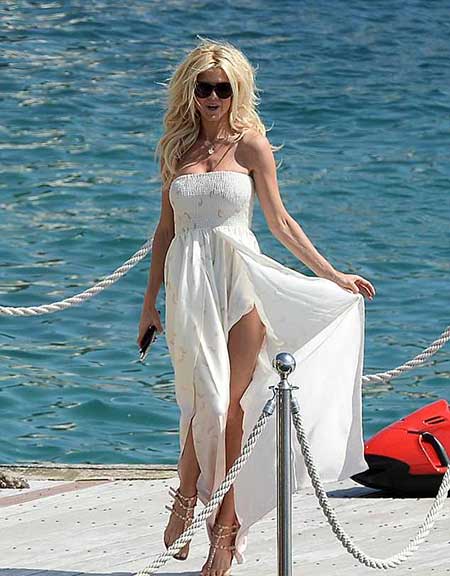 Victoria Silvstedt spotted wearing a white dress while stepping out for lunch at the exclusive Hotel du Cap-Eden-Roc in the French Rivera's Antibes
Source: Daily Mail

It's been 55 years since Monroe was found dead because of an apparent drug overdose in her Los Angeles home. Debates on her mysterious death still raises questions about what really happened the day. 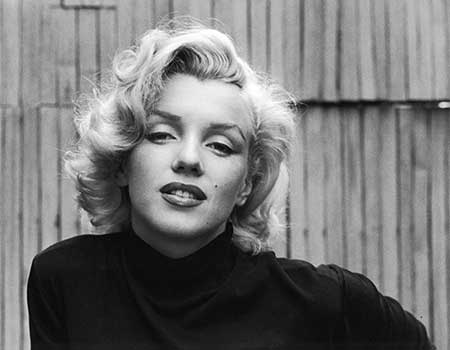 The three-times divorced actress was worried about her aging and failure in love at the age of 36 that made her struggle with depression, anxiety, and substance abuse.

"Life had put her in a corner and she was trying to get out."

Upon getting fired from her work, she was trying to resume her professional life performing on Something's Gotto Give.

The iconic actress was found dead at 12305 Fifth Helena Drive on 5th August 1962. Her housekeeper Eunice Murray was the first to inform about her death. Murray stated that she first alerted Monroe's psychiatrist Dr. Ralph Greenson and later notified the Los Angeles Police Department. 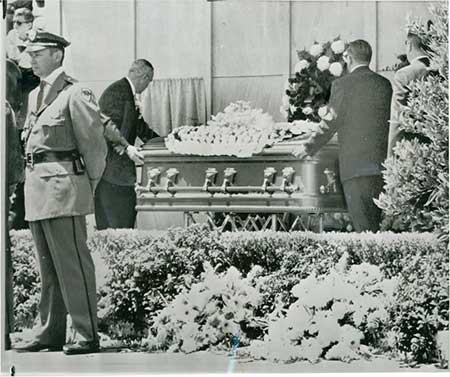 The Los Angeles County Coroners Office and the Los Angeles Suicide Prevention worked together revealing details on the incident. The toxicology report disclosed the cause of death was acute barbiturate poisoning.

Several conspiracy theories still make headlines in the media in the following decades making people speculate whether it's an accidental case or a murder.

Doubts of murder first gained public attention with the publication of Norman Mailer's Marilyn: A Biography in 1973. Though the Los Angeles County District Attorney John Van de Kamp made an attempt to conduct an investigation in 1982 but things came to an end because of lack of evidence.

There are many speculations made about Monroe's love life. She was rumored to have dated lots of famous faces but few famous faces were confirmed to have a relationship with the star including Tony Curtis, Paul Newman, and then-actor and later President of the United States, Ronald Reagan.

Monroe married her first husband James Dougherty, a Los Angeles police officer. They began dating in January 1942 and married within 18 days of their relationship. 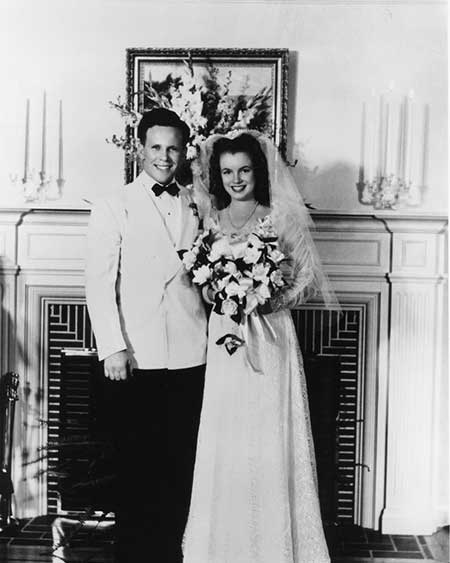 Marilyn Monroe and James Dougherty on their wedding
Source: Popsugar

Monroe previously lived in a number of foster homes as her mother and her step-father couldn't take her with them. Monroe was just 16 when she married.

During an interview, Dougherty said,

"We decided to get married to prevent her from going back to a foster home, but we were in love."

They lived a blessed life together until a drastic turn in her career. She received an opportunity to work with 20th century Fox. He explained,

"She wanted to sign a contract with [20th Century] Fox and it said she couldn't be married — they didn't want a pregnant starlet."

"When I went back to see her, I tried to talk her out of it. She just wanted us to keep on and not be married for the contract. I couldn't do that."

The two parted ways after four years living together.

Unfortunately, the couple split apart within the same year in October. In a book published in 2017, 'Dinner with DiMaggio: Memories of an American Hero', the reason behind their relationship and divorce is clearly stated.

She was briefly linked with Marlon Brando in 1955. The pair attended the premiere of The Rose Tattoo together the same year but never came in public as a couple. 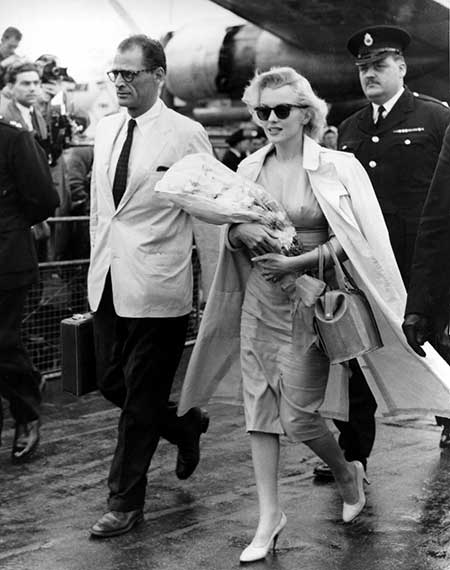 Marilyn first met her future husband Arthur Miller while filming As Young as You Feel in 1950 but their relationship couldn't take a romantic turn until 1955.

They dated secretly for almost a year and married on 29 June 1956 in a civil ceremony at the Westchester County in White Plains, NY.

Donald Spoto clearly stated in his book 'Marilyn Monroe: The Biography that she got pregnant in the mid-1957; since it was ectopic, it was terminated.

A year later, she faced another miscarriage. The incident devastated her, leading her to the vicious circle of drugs. She was hospitalized due to the barbiturate overdose.

After the unexpected divorce, she came closer to her longtime friend Frank Sinatra. Both the singers had a tough time with their exes that made them come closer.

The two maintained a romantic relationship for several years until they separated in 1962. She was also rumored of having an affair with the President of the United States, John. F Kennedy.

Also see: Scandals Of Seven Presidents Of The United States 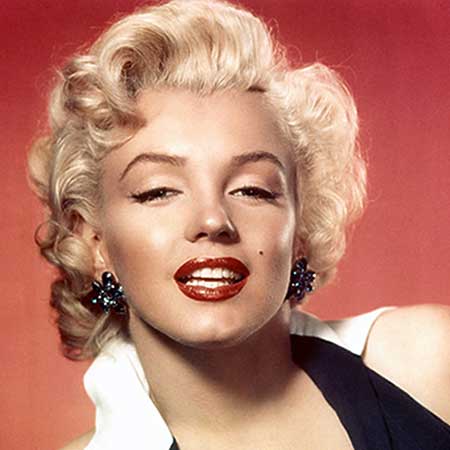