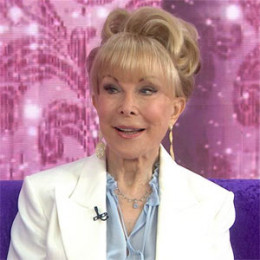 Barbara Eden is an American actress who is best known for portraying Jeanie in the 1965 sitcom I Dream of Jeannie. She debuted in the entertainment industry in 1956 with movie Back From Eternity and Television series, The Johnny Carson Show. Eden was honored with a star on the Hollywood Walk of Fame for her contributions in the television world. She even won the title of Miss San Francisco in 1951. Eden is happily married to Jon Eicholtz since 1991 and is together till present.

Barbara Eden was born Barbara Jean Morehead to Alice Mary and Hubert Henry on August 23, 1931, in Tucson, Arizona, USA. Her parents divorced when she was just three and her mother Alice married Harrison Connor Huffman who was a telephone lineman.

It was the time during The Great Depression when the worldwide economy went into depression and her family was also deeply affected by it. She graduated from the Abraham Lincoln High School located in San Francisco, California. 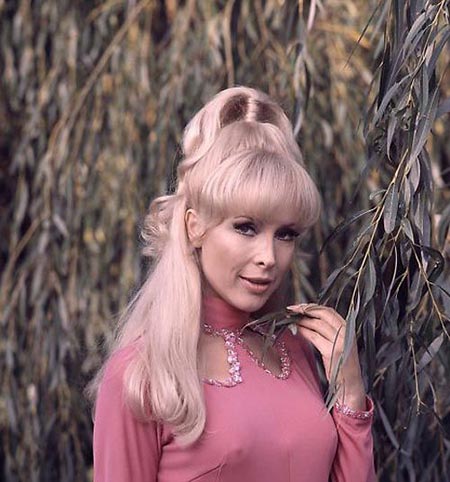 Earlier on, she was interested in singing which led to pursuing music as a career. She used to sing songs in the church choir and even sang in local bands in nightclubs.

She won Miss San Francisco in 1951 and even entered the Miss California pageant later on but didn't win.

Eden got her breakthrough role in the small screen in The Johnny Carson Show in 1956 and the same year she was cast in the movie Back From Eternity and later on appeared in several movies. She rose to fame when she was cast in the NBC TV Comedy series, I Dream of Jeannie in 1965.

She appeared in many movies from 1956 to 1996 like A Private Affair, Flaming Star, The Brass Bottle, The Wonderful World of the Brothers Grimm and A Very Brady Sequel.

Besides, movies, Eden was seen in tons of Television shows which are literally uncountable. She appeared in Gunsmoke, Perry Mason, The Andy Griffith Show, I Love Lucy, The Rogues and so on.

She used to do a lot of stage productions namely The Pajama Game, The Best little whorehouse in Texas, Love Letters and Social Security.

Eden was seen in the 2003 movie Carolina portraying the role of Daphne St. Claire which was her last role in the Big screen which she did after a huge gap. In 2016, she was seen in the reality series Shimmer and Shine and in a reality show Worst Cooks in America.

Barbara Eden who is an American actress has a huge net worth which she earned from her successful career as a TV personality. She has been cast in tons and tons of movies and Television series.

According to the website Celebrity Net Worth, her net worth is $10 million while the website The Richest estimated it to be $8.5 million.

Barbara Eden's Personal Life: Who is Her Spouse?

Barbara Eden has been married thrice in her lifetime. She first got married to Michael Ansara in 1958 The marriage ended in 1974 after 16 years of marriage. She then married Charles Fegert in 1977 but divorced 5 years later in 1982. Eden is happily married to Jon Eicholtz since 1991. Their marriage was held in San Francisco's Grace Cathedral Church.

Talking about her son's death from a heroin overdose, she said,

"You never lose that hurt. I live with it every day. The pain may be less sharp with the years but it never goes away. You go on. You choose life. But you hurt."

Eden had a child named Mathew Ansara with her first husband Michael Ansara born on August 29, 1965. Her son died on June 25, 2001, due to an accidental drug overdose at the age of 35. Before Mathew was born she was pregnant with a baby but had a miscarriage. 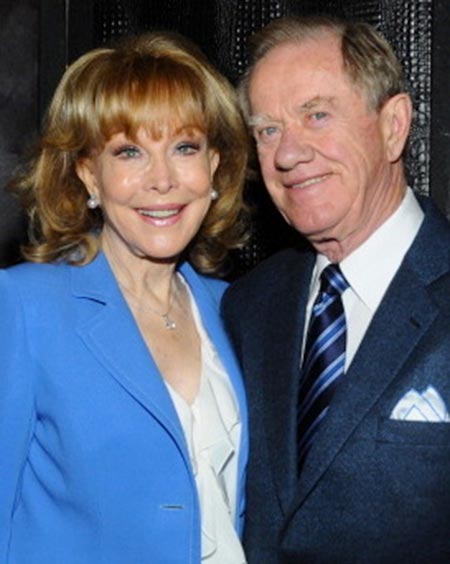 Barbara Eden wrote a book titled Jeannie Out of the Bottle which is basically her life story of 50 years. It is related to her early childhood about how a simple girl came to earn this huge immense success. The book released on April 5, 2011, and went on to rank 14th on the New York Times Best Seller List. Eden had a child named Mathew who died and she has written about him in her book.

She is an attractive lady with Platinum blonde hair and sparkling blue eyes. Her voice is pretty melodious which led to her successful career in music. Eden owns a chocolate labradoodle named Djinn- Djinn whose name is similar to the dog's name in her hit movie I Dream of Jeannie.

Eden received a star on the Hollywood Walk of Fame on November 17, 1988, for her contributions to television. She was awarded an honorable Doctor of Laws degree in 1990 by the University of West Los Angeles.

Barbara Eden married Michael Ansara in the year 1958 but divorced 16 years later in 1974. They had a child together.

Barbara Eden married Charles Fegert in the year 1977 but divorced later in 1982. Their marriage could only last for five years.

Barbara Eden got married to Jon Eicholtz in 1991 and the couple is happily married till present. Barbara was married twice before tying the knot with Jon.

Michael Ansara and Barbara Eden had a child named Mathew born in 1965 but died due to a tragic accidental drug overdose in 2001.