Home Article Nicki Minaj confirmed she is single as she broke up with boyfriend Meek Mill: See their current relationship status

Nicki Minaj confirmed she is single as she broke up with boyfriend Meek Mill: See their current relationship status 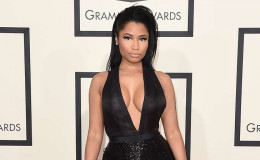 Nicki Minaj is single ladies and gentleman as she recently broke-up with her boyfriend Meek Mill. The ex-couple are no more dating each other.

Nicki Minaj has yet again split from her new boyfriend Meek Mill. She announced about her relationship status on her Twitter account.

Recently, Meek is getting close to reality star Kylie Jenner as both of them are exchanging messages on their Instagram account.

Well, today in this section we are going to cover about all the latest happenings between the couple and if Nicki is now dating someone.

Nicki Minaj and Meek Mill-Relationship with lots of holes

A secret to having a good relationship is to have a very good communication between the couple. T

hey should share everything between them and they should always try to compromise whenever possible.

There's a fine line between a compromise and no compromise and if that line is broken then there is bound to some misunderstanding and unnecessary fighting. 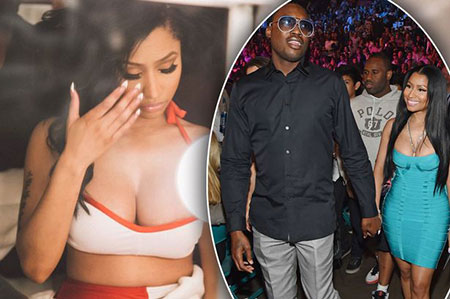 Same thing happened between Nicki and Meek, as none of the rappers wanted to compromise on anything.

According to a source close to the couple, they used to fight over small things and that's what made the relationship all the more complicated.

"They were fighting on and off for a little while about a few topics that upset Nicki. They had a bigger fight and then called it quits,"

It looks like that there was something that was upsetting Nicki and in the end that small something led to their relationship's downfall.

If Meek would have realized it sooner than maybe their bond would have been stayed intact.

To confirm, yes I am single. Focusing on my work & looking forward to sharing it with you guys really soon. Have a blessed New Year. Love u

Few days after the New Years Eve, she took it to her Twitter account to reveal that she is no longer in a relationship.

The couple started dating back in February 2015, after they worked together on various music projects like “Buy a Heart” and “Big Daddy.”

Thank God u BLUEit. Thank God I dodged the bullet. I'm so over u. Baby good lookin out. #BestThingUNeverHad thank u for this epic gift @sincerearmani

The news was confirmed about their sad split when both of them performed separately in Miami during New Years Ever.

At that time Nicki recently got separated from her 12-years-old relationship with ex-fiance, Safaree Samuels.

Well, their two years old relationship has come to halt now and both of them are relieved from their relationship for good.

After seeing the tweet, we can clearly say that she is now focusing on her career.

She is currently working on her new album Pluto with the rapper Future Hendrix.

Meek on the other is hand is focusing on Kylie Jenner it seems as both of them are allegedly exchanging messages. 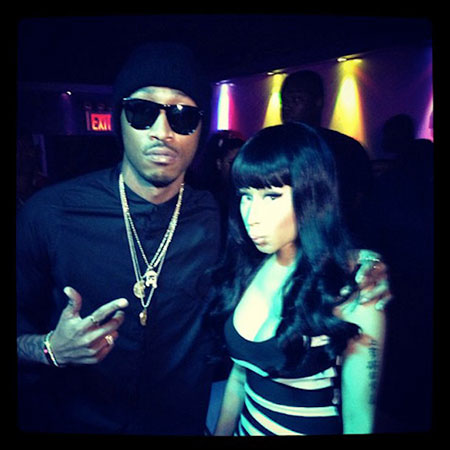 Kylie who is currently on a break from her relationship with Tyga is also attracted towards the 6ft 2in rapper. Meek reportedly liked all the cute pictures of Kylie and she is head over heels after that.

“Kylie has total butterflies over Meek, She thinks he’s super sexy, super legit and she loves that he’s 6’2 and 29. Even though Tyga’s 27, she sometimes feels like the mature one in the relationship. She’s anxious about taking it off social media, though, because she doesn't need a feud with Nicki Minaj.”

Well, nothing can be said about their relationship and how it will shape in the near future but it's really making Nicki furious.

Although, she is yet to comment on the incident and we will see if their playful act with each other is just for fun or something serious.