Home Article Becky Mantin is Living Happily With her Husband Jack Heald and Children,Detail About Their Relationship

Becky Mantin is Living Happily With her Husband Jack Heald and Children,Detail About Their Relationship 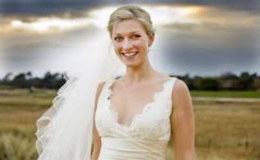 The ITV weather presenter Becky Mantin makes her living forecasting weather; however, never in the world, she would have predicted that her married life would be so smooth sailing. She is happily married to her boyfriend turned husband, Jack Heald for nearly a decade. Let's have a look at the delightful married life of this duo:

Becky Mantin is married for nearly a decade; Know about her Husband and Married Life

Becky Mantin is married to Jack Heald, a former yachtsman and professional rugby coach since December 12th, 2009. The wedding was held in the quiet countryside Walberswick in the attendance of close friends and family. 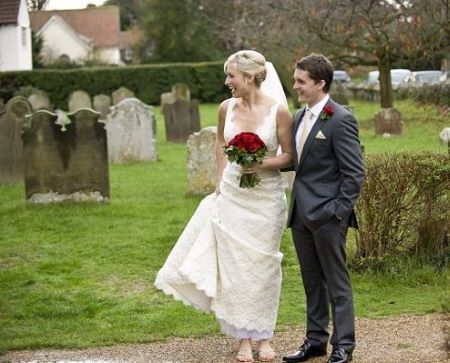 Becky Mantins with her husband on their wedding day.

Becky and her husband moreover started planning for the children soon after the wedding. The couple welcomed their first son Rory Heald in October 2010. She faced some difficulty during childbirth; however, the baby was born well and healthy.

The pair again became parents in May 2012 after the birth of their son Thomas Heald and similarly in October 2015 with daughter Elizabeth Heald. Thankfully, these birth were normal, and she faced no complications.

Becky is currently pregnant with her fourth child whose birth is due on October 2019. The gender of the child is not revealed yet.

Becky worked during all her pregnancies and is continuing her work at her current pregnancy as well.  When asked how she manages to work with three young children at home, she stated that her secret is to be as organized as possible and become incredibly efficient with the time.

Becky Mantin Works as a Weather Presenter, Know more about her Career

Becky Mantin, who has made a name for herself in weather reporting, did not precisely start her career in the meteorology department. She began her journey in the media industry by working on radio shows. She then joined ITV Anglia and worked as a fashion presenter in an afternoon show.

Becky, who grew to participate in outdoor activities, developed an interest in climate and starting training in Meteorology. After training, she started working as a weather presenter at first in ITV Anglia and later at ITV Weather. She in addition, occasionally appears as a weather presenter on Good Morning Britain on ITV Breakfast.

Becky moreover keeps a low profile and avoids any controversies or scandals. However, she caused quite a stir on the internet when she stormed off the set of Good Morning Britain, saying this is her "Diva moment."

Don't worry, Becky was not rude or unprofessional; it was all done in jest. The whole story is that she came to the show to deliver weather forecast after a segment on Mariah Carey diva image. However, when she was reporting, the cast and crew of the show were heard talking in the background. So, she jokingly demanded silence for her report and stormed off the set saying this is her diva moment.

The fans really enjoyed her sense of humor and created twitter hashtags such as #divastrop and #diva. Though, intentional or not, this act surely made her internet famous. 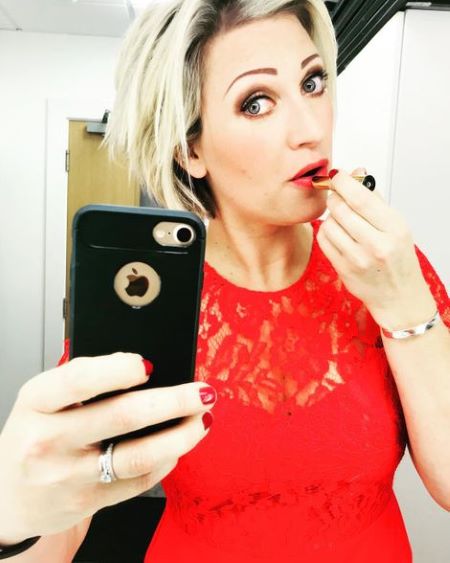