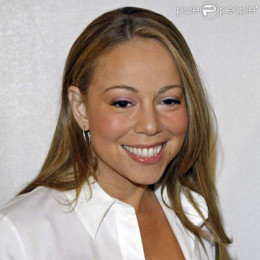 A gorgeous and multi talented American singer, songwriter and also record producer. Beside singing, she is also an occasional actress. She is daughter to Patricia and Alfred Roy Carey who are of Irish and Afro-Venezuelan descent. She had completed her high school from Greenlawn's Harborfields High School. She had a very rough start. She had to do some odd jobs like coat and hat checker, hair sweeper in hair salons, and waitress too to support herself. She was also fired from most of her job due to her attitude. Just at the age of 20 she debuted her first album which was very successful.

Regarding her personal life, she is currently dating her boyfriend. We can assume her love life was not quite successful because she had to face many up and downs regarding her love life. Once in media when she was asked about her personal life, she replied that she is not the type of people who go into details of their personal life on national TV to get attention and she also told that some things are better left unsaid. She is a mother of twins a daughter and a son.

Mariah Carey was born on 27 March 1969 in Huntington, New York to Alfred Roy Carey and Patricia (née Hickey). Her father is Afro-Venezuelan and African American descent while her mother belongs to Irish descent.

She has a brother named Morgan Carey and an elder sister Allison Carey. Her father suffered a lot within the community due to their ethnicity. Her parents divorced when she was only three years of age. 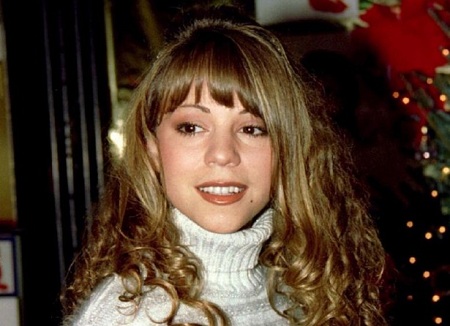 Her name was derived from the song "They Call the Wind Maria". While studying at Harborfields High School in Greenlawn, New York, she started writing poems and added melodies in them.

She started writing songs with Gavin Cristopher during her high school days. She lived in a one-bedroom apartment in Manhattan during her initial career which she shared with four other girls.

Initially, she worked as a waitress for various restaurants but fired a couple of times.

She started working with Starr in 1988 where she made a demo tape and headed to Columbia Records. Columbia Records spent almost $1 million promoting her debut album, Mariah Carey.

The album gained great success and reached the top of the Billboard 200.

The same year she released her second album, Emotions with her third album Music Box in 1993. The third album became one of the best-selling albums of all time selling over 28 million copies worldwide.

She released her album Merry Christmas in November 1994 releasing 'All I Want for Christmas Is You' the same year.

In the late 90s, she took part in the VH1 Divas benefit concert with Celine Dion, Shania Twain, Carole King, and Aretha Franklin.

Her album titled #1's in 1998 with Whitney Houston became the best-selling album by a non-Asian artist. She worked with Jay-Z and DJ Clue? in her 1999 album Rainbow.

She released her lead single 'Beautiful' with singer Miguel in May 2013 that released at no.15 on the Hot 100.

She declared that she was filming Mariah's World, a docu-series in March 2016. She also performed in some other movies including The Bachelor, Death of a Dynasty, The Butler, A Christmas Comedy, and The Star.

She has collected a number of awards throughout her career. She received the World Music Award in Best Selling Female Artist of the Millennium and the Grammy's Best New Artist in 1991.

She won the Best New Artist and Best Female Pop Vocal Performance Award for her single 'Vision of Love'. Besides her success in 'Vision of Love' her "Someday", "Love Takes Time", and "I Don't Wanna Cry" reached the no.1 on Billboard Hot 100. Her album 'Mariah Carey' became the best-selling album in the United States in 1991.

She won two awards at the American Music Awards in the category of Favorite Pop/Rock Female Artist and Favorite Soul/R&B Female Artist. 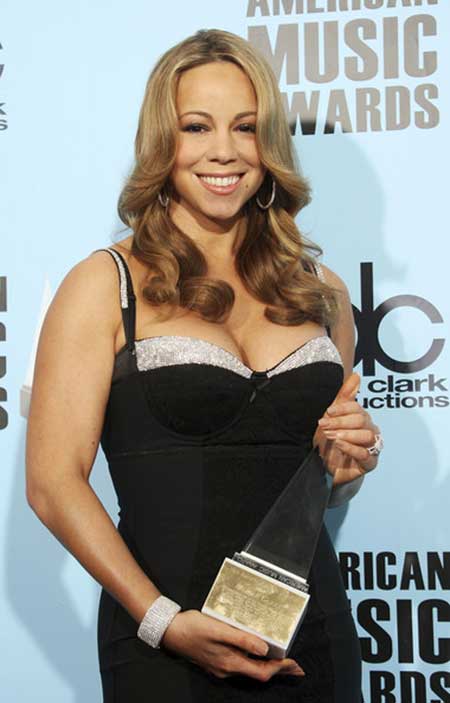 She won the Billboard's Artist of the Decade Award and the World Music Award for Best Selling Female Artist of the Millennium. She signed an estimated $100 million contract with Virgin Records America in April 2001. The next year she starred in the movie WiseGirls with Melora Walters and Mira Sorvino.

Her songs 'Fantasy', 'One Sweet Day' and 'Honey' debuted at no.1 on the Billboard Hot 100 making her the artist with most number-one debuts in the chart in 52 years history.

She released her 10th studio album, The Emancipation of Mimi in 2005 working with Kanye West, The Neptunes, Manuel Seal, and Jermaine Dupri. The song at no. 16 on the Billboard Hot 100.

In 2017, she was praised by PETA with 'Angel for Animals Award' for her animated movie 'All I Want for Christmas Is You'.

Over 30 years of her career, she received 34 Grammy's nominations and won five. Her albums have been certified gold 16 times, Platinum 14 times, Diamond (over 10 million sales), and Multi-Platinum 10 times.

She was once the highest paid artist in the history of music. She is one of the best-selling female artists of all time selling more than 175 million albums and singles worldwide.

She made $18 million being the judge on American Idol Season 12.

She wore a 35-carat ring worth $10 million during her engagement with Australian billionaire James Packer. She often wears her 33.95-carat diamond necklace called “The Olympia” worth $320,000 and butterfly diamond ring worth $40,700.

She's the owner of a $250,000 a month mansion in Calabasas and a $9 million penthouse triplex on Central Park West.

She purchased a 10,377 square foot Mediterranean-style home in Beverly Hills. Moreover, she is also the owner of a $200,000 Maybach.

The couple couldn't manage things between their personal and professional life so, they divorced in May 1997.

After separating from her husband, she was in a relationship with singer Luis Miguel from 1998 to 2001.

While working on the music video for her song 'Bye Bye', she met actor and comedian Nick Cannon. The couple tied the knot on 30 April 2008 in the Bahamas.

The couple welcomed fraternal twins Monroe Cannon and Moroccan Scott Cannon on 30 April 2011; on the third wedding anniversary of the two.

The couple separated in August 2014. They filed for divorce on 12 December 2014 that was finalized in 2016. After separating from her second husband, she dated Australian billionaire James Packer. 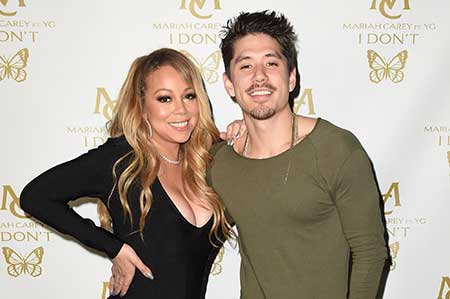 Carey and Packer announced their engagement on 21 January 2016. The couple, however, called-off their engagement in October of the same year. She's currently dating her new boyfriend Bryan Tanaka.

Tanaka originally from Washington started working for Mariah as one of her backing dancers. The couple has been professionally linked for years. She shared the stage for the first time with Tanaka during the Adventures tour in 2006.

They started dating in November 2017. The pair has been going on-off ever since.

She opened up about her bipolar disorder in April 2018.

They first met each other in her party. They got married after dating some months. According to her they got divorced because he was very controlling type in nature.

They performed their marriage rituals in Bahamian estate. Together they are parents of twins. Recently there was rumor that he filed divorce against her but they haven't settle down it yet.

She is very cute and adorable child of the couple. Her picture can be found in internet.

He picture along with his sister and his mother can be found in different sites. He is very cute and gorgeous.