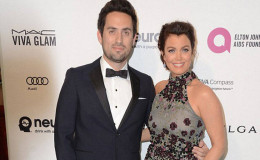 The gorgeous actress Bellamy Young is dating British actor Ed Weeks. They are in relationships since one year and there are not any rumors of their breakup and link up with others.

‘Scandal’ famed actress ‘Bellamy Young’ is one of the most popular actresses in Hollywood and no doubt she has a huge number of fan following who are just crazy about her.

However, well all know that she is already taken as she is dating British actor ‘Ed Weeks’ and their 2016 Oscar PDA grabbed a lot of media and public attention. However, the question is,  "Are they planning to get married? Well, to catch up the answer read below;

There was always a rumor of Bellamy and Ed weeks but the rumor was confirmed when duo attended Elton John’s Oscars viewing party together in Los Angeles on February 28, 2016.

It was their first red carpet appearance together and they were looking so much adorable.

They were spotted packing on the PDA. According to an insider, the pair were making out and dancing closely while John was performing his hit ‘Tiny Dancer’.

According to Us weekly, ’Ed hand his arm around her and was whispering in her ear and kissing her neck.’

‘They were very flirty and couldn’t keep their hands off each other. It seems like new love.’ The source adds ‘the duos were in their own little world’ and appeared to be super into each other’.

The couple again seemed together heading into the white House to attend a state dinner by holding hands.

Bellamy is fond of pets and before her third meeting with Ed, he was unknown about the number of cats she had.

(#Repost from @edwardweeksThe moment this week I met my new BF for life, Arthur. Honestly I think he's the one who saved me. Please adopt. Please consider adopting a senior. And thank you to the wonderful people of West Valley Animal Shelter. You, along with rescue organizations everywhere, do an incredible job. #westvalleyanimalshelter #adoptdontshop #arthur #henowrunsmyhouse @laanimalservices (photo credit: me)

Couple Planning to get Married Soon

Well, if we talked about their marriage planning than we found a big ‘No’ because yet they aren’t ready for it. Both the partner is at the high peak of their career.

It has just been one year of their official relationship. As per the source, they are so much in love with each other but still, they need some time for marriage. They believe in ‘go with the flow’. 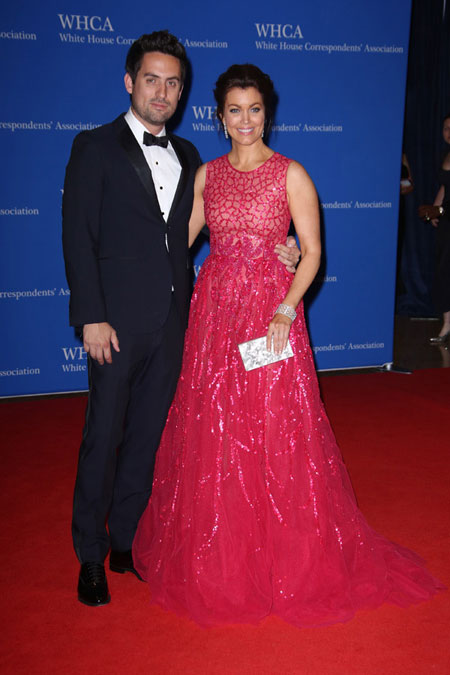 There are not any rumors of their split and extra affairs with anyone. We wish very soon, this cutest couple would surprise us through their wedding news.

Whenever we take the name of Bellamy Young it resembles us vegan and a real feminist portraying as the first lady in TV series drama ‘Scandal’.

She began her acting career in theater. In 1995, Young made her television debut as Dr. Courtney Evans in ‘Another World’. Similarly, she has also appeared in supporting roles in 'Trust me' with Shelley Long, 'In my Sleep' with 'Philip Winchester'.

In 2016, it was announced she joined the cast of 'Disney' live action adaptation 'A Wrinkle in Time' along with Mindy Kaling, Reese Witherspoon, and Oprah Winfrey.

She was not limited to acting only she also explored herself in singing and producing too. She is one of the multi-talented artists.

Bellamy involved in many social works especially animals related. She posted a photo of Clinton Kelly with a dog in her Instagram.

Love you @clintonkellyofficial ! #Repost Mary and I partnered with @womansdaymag and @PetRescueNY to give some deserving animals makeovers. Follow @womansdaymag all day today, where I’ll be posting pictures of adorable adoptable dogs and cats, and you can donate to the cause by clicking the link in my profile. @thegracechon #givingtuesday