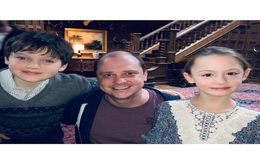 Benjamin Evan Ainsworth is an extraordinary young talent who skyrocketed to fame for his lead role in Netflix's The Haunting of Bly Manor. Without, further ado, let's get to know more about the rising actor.

Only within the age of eleven, Benjamin Evan Ainsworth has made a big achievement as a child artist in the movie industry. The eleven years old (in 2020) rose to stardom after Netflix premiered The Haunting of Bly Manor last year.

The audience watched Ainsworth plays Miles Wingrave one of the lead actors alongside co-star Amelie Bea Smith, and immediately had their heart stolen by his splendid talents and performance. 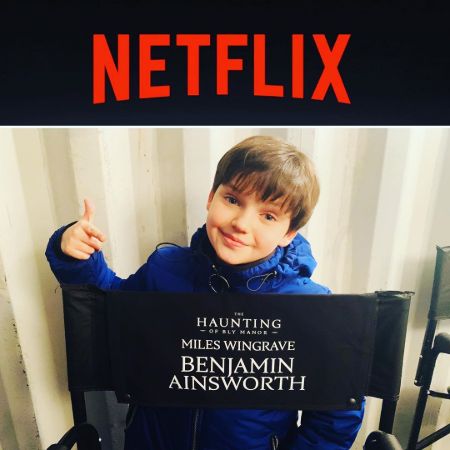 The Netflix hit series definitely put Ainsworth in limelight, but this wasn't Benjamin's first attempt at acting as he has also appeared on other shows and movies including Flora and Ulysses where he played William Spiver.

Besides, Ainsworth was also on Emmerdale Farm as one of the school children and in the short movie, The Recycling Man where he played the character of Jacob. But, acting is not the only talent of Benjamin, though. 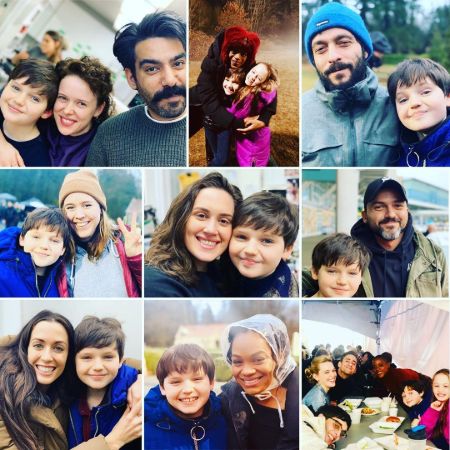 Benjamin Evan Ainsworth with his The Haunting of Bly Manor's co-stars. SOURCE: Instagram

The child actor who is keen on music can also sing choirs. Speaking of which, Ainsworth definitely grew up in a religious household. But, what more is there to discover about Benjamin aside from his acting career?

Actor Benjamin Evan Ainsworth who flaunts oceanic Blue eyes is British by nationality. The child artist, in fact, lives in York, England with his family members and siblings, and an adorable Dalmatian. named Coco. 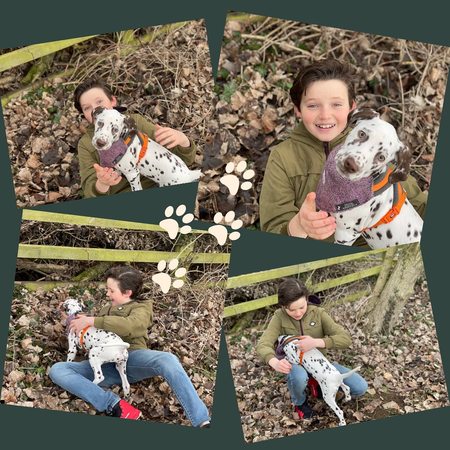 Evan is also highly passionate about nature, traveling, sports like football and rugby, and cycling, which is pretty impressive considering his young age. Not to mention, fans can also follow Benjamin on social media.

But, the actor's Instagram page is monitored by his parents. But, fans can expect to see the funs Ainsworth has with his onscreen and offscreen life. And, with the few glimpses of Benjamin's Instagram, he definitely formed a close relationship with his Bly Manor's co-stars.

Co-star Rahul Kohli has praised Benjamin and Amelie for carrying the show on his Twitter page. Needless to mention, this kid is going places and Hollywood is definitely the place for him.