Home Article Billy Gibbons Is Living Happily With His Wife Gilligan Stillwater; Do They Have Children? Detail About Their Married Life

Billy Gibbons Is Living Happily With His Wife Gilligan Stillwater; Do They Have Children? Detail About Their Married Life 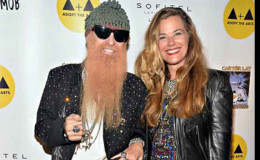 Billy Gibbons is living happily with his wife Gilligan Stillwater. What's the secret to his successful marriage. Does the American musician have any child?

Walking away from the band, ZZ Top for the first time in 46 years, Billy Gibbons is back with his second solo album, ”The Big Bad Blues” this September, three years prior to his first solo album, “Perfectamundo”.

Love-the the more you give, the more you have. Like the time between these two birds, Billy Gibbons, and Gilligan Stillwater, they have proved that love is inexhaustible, it never dies but just gets stronger with time.

Together for more than fourteen years, does the couple share any children? Let’s find out the secret behind their stable marital bliss.

William Frederick Gibbons aka Billy Gibbons and his wife Gilligan Stillwater aren't divorced. In fact, their relationship has grown stronger than before. 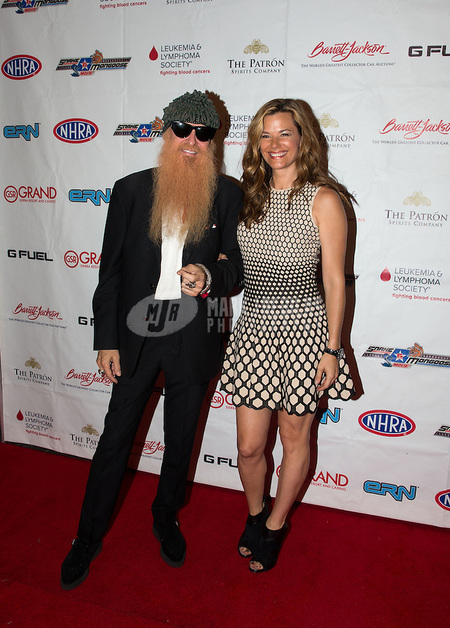 The Honky Tonk Stomp and his spouse has been united as life partners for more than fourteen years today. Neither of the pair was ever involved in extramarital affairs or divorce rumors.

Gibbons and his darling, Gillian share amazing chemistry and despite not having any children, they relish one another's company even in his 70s. Gillian enjoys a luxurious lifestyle with Gibbon who has a whopping net worth of $60 million.

Very less is known about when and how the couple met, but the majority of people know about Billy's collection and love for luxury car collections. He owns Highboy (Ford), Thunderbird, and Impala (Chevrolet).

Billy Gibbons is Living Happily With His Wife Gilligan Stillwater; Detail About Their Married Life

Billy Gibbon was in a long relationship with Gilligan Stillwater before tying the knot with her on the 14th of December, 2005. The couple's ideal wedding ceremony was held in the presence of few friends and family members. Gillian's real birth name is Ellen J. Oetjen but later she changed it to Gilligan Stillwater. 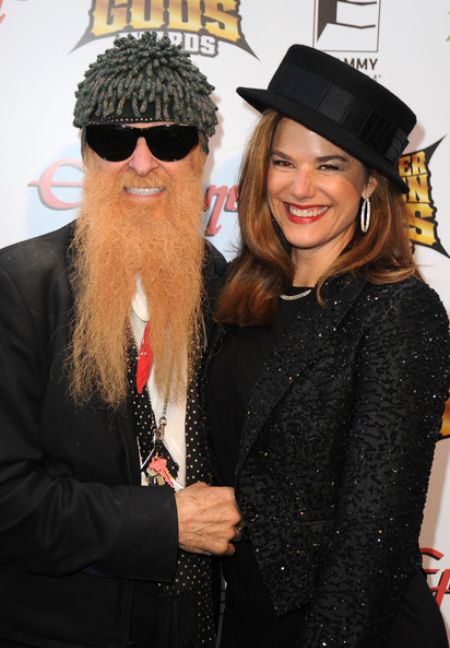 Spending more than a decade together, these pairs don't share any children yet, although many of his fans assumed that he has a daughter named Angela Montenegro.

But actually, this name is of the fictional character from the TV drama Bones in which he played the dad’s role of the same character. The couple gets remarkable attention from the media as there are just a few married pairs who can keep their pledge of 'till death do us apart.

Billy and Gilligan really are beautiful lovebirds as they are both happy to share their love with each other. Even though Gibbons is deeply in love with his glamorous spouse, he rarely shares the picture of her and their daughter in socials.

Billy Gibbons and his wife Gilligan Stillwater celebrate 16 years of togetherness this December and till now there's been no other love interest in their lives other than one another throughout their blessed marriage. 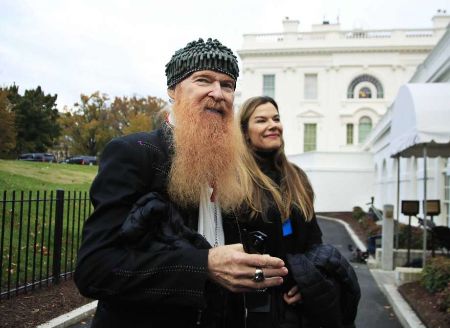 Billy Gibbons with his wife Gilligan Stillwater. Source: The Post

There is no news of any unfaithfulness and extramarital affairs from either of them rather both have a strong family value which is the main reason for their long-lasting relationship.

Besides this, Billy Gibbons is free from any other rumors and neither was involved in any controversy in the past or at present.

As in an interview with The Rolling Stone, 68-year-old Billy was asked why Billy took so long to walk down the aisle, for which he said,

"I could have gone down the aisle a number of times, but I came to the conclusion that this life is too short and you got to do everything you can while you can. I finally said, 'OK, let’s try it out.' It’s been a splendid thing."

With an estimated net worth of $60 million, one cannot fall back from the highness of love. As wise as you may say, money cannot buy happiness. Yes, it is true and it implies this beautiful couple’s happiness in life which they find in small things rather than big.

Besides, this rock and roll character has given a marvelous taste in music playing alongside big famous artists like Slash, John Mayer, BB King, Joe Bonamassa, Dusty Hill & Derek Trucks.

Billy Gibbons' bandmate Dusty Hill who had been part of the ban, ZZ Top for nearly five decades, passed away at only 72 on 27th July 2021. Hill took his last breath at his Texas home surrounded by his family.

Although the cause of Hill's death was not disclosed, Billy and fellow bandmate Frank Beard released a statement to confirm the death and that the band would continue to work and perform without Hill as he had wished.