Home Article Who could forget the ring Brad Womack gave to Emily Maynard while proposing her in the show 'The Bachelor' season 15, compare the biggest engagement rings on "The Bachelor"

Who could forget the ring Brad Womack gave to Emily Maynard while proposing her in the show 'The Bachelor' season 15, compare the biggest engagement rings on "The Bachelor" 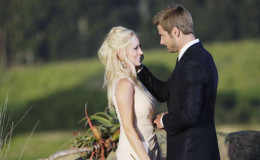 There has been a lot of rings given in "The Bachelors" but some of them bound to stand-up from the rest. Find out more down below.

Brad Womack has been one of the most unpredictable contestants of the bachelor. He was one of the only bachelors who rejected his last two contestants and ended the show as single.

However, he returned in the season 15th of the show and this time he decided to put a ring. He and Emily Maynard got engaged on the show after he kneels down and proposed her in the episode. But the love story was shortlived as they broke up after few months.

Rings for their Soulmates

After we put on the ring to our beloved it creates a bond between the pair.

The Bachelor has recently completed its 21st Season and the recent winner Vanessa Grimaldi got engaged to Nick Viall.

Today let us take a ride down the memory lane and see for yourself the best ring that has blessed the sets of The Bachelor.

Jennifer won the third season of the show and when the time come to propose Andrew didn't hesitate to propose the girl he chose and gave her a 2.8 Carat Harry Winston ring.

It featured a center jewel with a band made of silver. 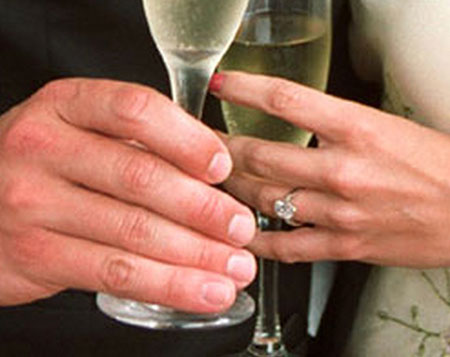 Though the couple is no longer together and both of them are married to the different person now.

Andrew is married to Ivana Bozilovic and Jen tied the knot to Joe Waterman. Both the former flames are enjoying their lives with their family and children.

Another Jennifer comes down to this list, this time it's Jennifer Wilson who won the season 9th of the show. Though Lorenzo decided not to propose her and decided to give her a promise ring instead. 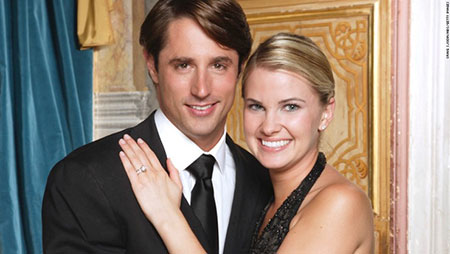 The couple got into a relationship after the show but they broke up in 2007. They are now living their separate lives.

The season 2 winner Helene Eksterowicz was given a ring that was purchased by the bachelor himself. He purchased a 29,000 dollars oval diamond ring made by Harry Winston. 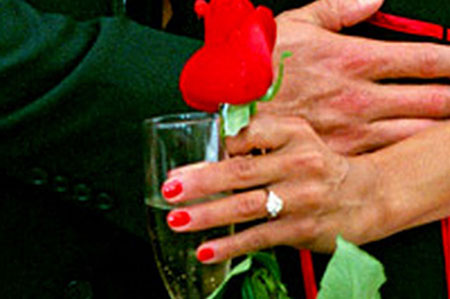 The couple was in a relationship for several weeks and they broke up in 2009. Same situation happened to the couple as they are also living separately.

The ring given by the Matt was not the biggest one but it was very beautiful, to say the least. The ring was 3 large round stones and it was a 2.85 Carats diamond ring. 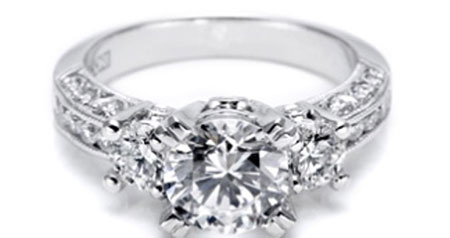 The season 12 winner Shayne Lamas and Matt got into a relationship but broke up in July 2008. Lamas is now married to Internet Personality Nik Richie.

Vienna won the 14th season of the show and Jake gave her a 71 cut diamond ring which cost a staggering 50,000 dollars.

The ring was a 2.72 Carat and the ring has the resemblance of the ring that Kim Kardashian had. 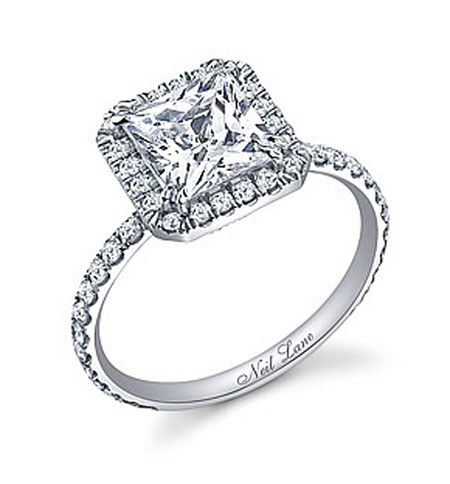 The couple broke up in 2010 and Vienna is currently engaged to her longtime boyfriend Todd Allen. They remain good friends as of now and they appeared in another spin-off of the show named The Bachelor Pad.

Tessa won the season 10th of the show and she got engaged to Andrew. The ring that was given out was one of the most low-key rings that was ever seen in the show. 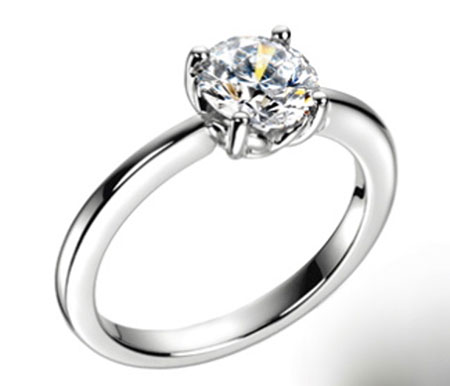 It was a Chopard Ring and the best part about the ring was that it was conflict free.

Though the ring was low key but it still cost a whopping 50,000 dollars. The couple is no longer together as they broke-up in 2007 due to various reasons.

Now we all know how much do people hate Brad and due to the fact that he rejected the two finalist that he chose.

Later on, he returned for the season 15 and this time he put the ring and got engaged to Emily Maynard. 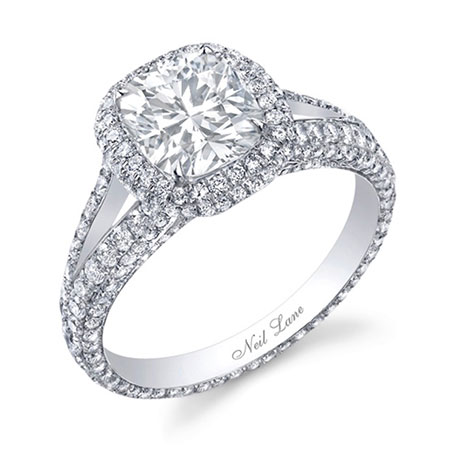 The diamond was a 3-carat-gem that featured a large gem which was covered with 263 round-cut diamonds.

Their ring was also expensive as it cost 50 Grands, but the relationship didn't last much as they broke up after few months of dating.

Whitney Bischoff is most probably the luckiest girl around as she got her hands on a 92-thousand dollars ring.

Chris Soules proposed her in the show finale and they got engaged in 2015. 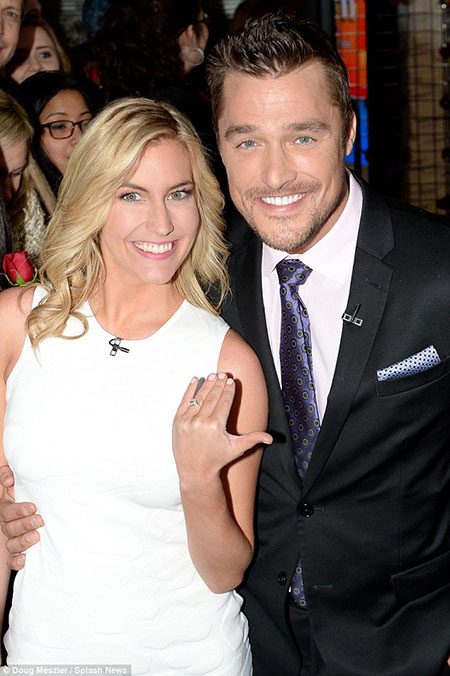 The ring was a beautiful 4-carat square diamond which was specifically designed by Neil Lane. The ring was the most expensive ring for the show.

As all the couple's in the above list, Chris and Whitney called off their engagement on May 28, 2015. Whitney is now engaged to Ricky Angel.

Now many of you must be thinking that now the second and first position ring would very expensive but it's what it looks like.

Today we are discussing the most beautiful and elegant rings that have blessed the show The Bachelor. 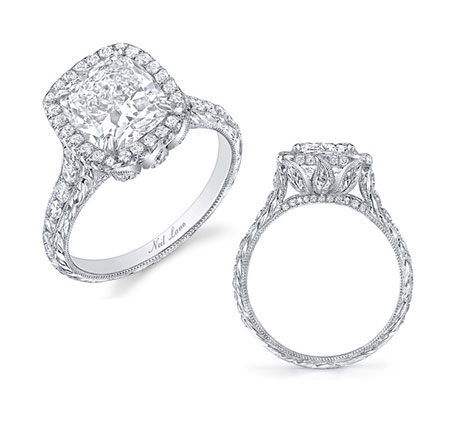 If you are here for the most expensive rings then you can check our article: Top 15 Most Expensive Ring

And for that reason, the second position goes to Ben's ring to Courtney after she won the season 16th of the show.

The detail that this ring had was absolutely majestic. The ring was a 3-carats diamond with 96-round cuts to the side.

Though the couple has now gone their separate ways but the ring that was used in their ceremony is still the most talked about.

Catherine won the 17th season of the show and Sean gave her a ring that was one of the most unforgettable rings ever.

They are the only couple in our whole list that is still together and very much in love. 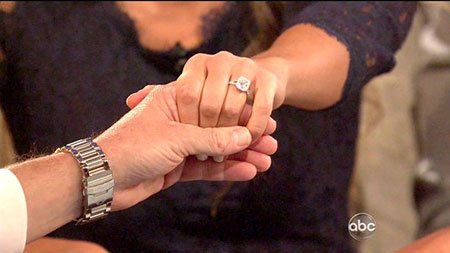 Sean and Catherine-A match made in Heaven Source: Zimbio

The ring was a 3.15-carats with a cushion-cut engagement jewel. It is also very shiny and Catherine still wears the ring.

The couple welcomed their first child together on July 2, 2016.

Well, that's about it on the list of most talked beautiful rings ever given on the show. If you think that we have missed some rings that let us know about it in the comment and we will definitely try to include it in the list.