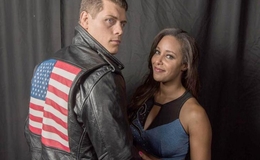 Amidst the darkness of Covid-19 pandemic, wrestler Brandi Rhodes and her husband Cody Rhodes found light in late 2020 when the couple discovered they were going to be parents for the first time. Brandi and Cody are finally ready to embark on their journey of parenthood seven years after they tied the knot.

2021 is already going to be a beautiful year for Brandi Rhodes and she can't wait to welcome her first baby already. Yes, the former WWE wrestler is expecting a child with her beloved husband of seven years, Cody Rhodes. 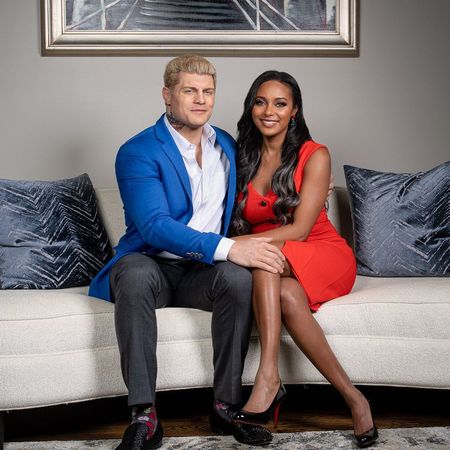 Brandi wanted to share the happy news among her fans and made the pregnancy announcement on her Instagram on 17th December by sharing a lovely picture of herself with her baby daddy.

Donned in a red dress with a sexy pair of black stilettos, the AEW star can be seen sitting on a white couch as she leans towards her husband who looks equally chic in a blue blazer. And, adding to the caption section, Brandi wrote :

"We are so excited, grateful and filled with love! The perfect next chapter for us...🤰🏽🍼 #babynightmare #rhodesfamily #aewdynamite"

Soon after, the post which achieved more than 65 thousands liked earned many Congratulation comments and best wishes messages from fans, colleagues and celebrity friends. Among one was Ariane Andrew who excitedly commented "OMG! Congratulations girlie." 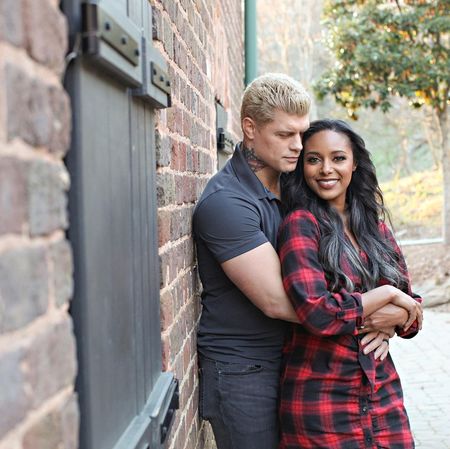 Aussie wrestler Tenille Dashwood, Lauren Williams aka Angelina Love, Mandy León, and Gail Kim, likewise, made sure to offer their Congratulation and warm wishes to the soon to become parents.

Soon after sharing the picture, Brandi has been proudly sharing more pictures of her baby bump and expressing how grateful she has been for the whole experience. Pregnancy has been absolutely looking gracious on Brandi.

Meanwhile, Brandi and her husband Cody Rhodes are yet to reveal the sex of their unborn child. And, it looks like the excited couple doesn't care about the gender of their child as they are all ready to give their endless love to their baby.

Wrestler Brandi Rhodes and Cody Rhodes made the big decision to start a family of their own after many years since they tied the knot. Speaking of which, it took them seven years following their wedding in 2013. The match made in heaven began dating in the early 2010s and as both of them professionally worked as a wrestler, their romance sparked instantly. 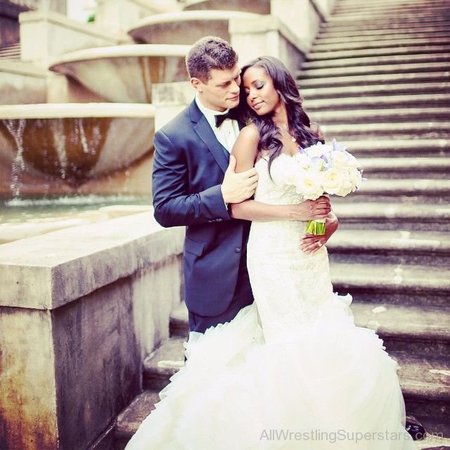 Brandi Rhodes and her groom Cody Rhodes at their wedding in 2013. SOURCE: AllWrestlingSuperstar

Brandi and her boyfriend turned husband walked down the aisle in an intimate wedding ceremony on 12th September. Both have previously worked for WWE where Brandi performed under the ring name Eden Stiles while the son of Dusty Rhodes performed under the same name.

Brandi, however, resigned from WWE in May 2016 in the footsteps of her husband who had also left the wrestling platform a couple of weeks ago the same year. As of 2020, both Brandi and Cody are involved with All Elite Wrestling (AEW) while they live in Jacksonville Florida and anticipate the arrival of their first child in fall 2020.