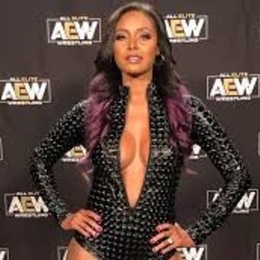 Brandi Rhodes is an American professional wrestler, model, businesswoman as well as a television personality. She is widely recognized as the chief brand offer of AEW (All Elite Wrestling).

Brandi Rhodes revealed she would be welcoming the couple's first child next year on tonight's AEW Dynamite. The WWE ring announcer and her husband were involved in a quick segment at home when they received an item at the door. 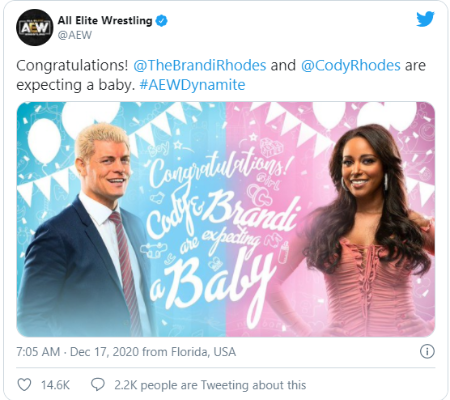 Rhodes shares the happy news via Instagram on 17 December 2020 with a picture of two wearing a blue suit and red one-piece. Her caption reads, "We are so excited, grateful and filled with love! The Perfect next chapter for us".

Brandi Rhodes is a married woman. The WWE ring announcer married Cody Rhodes on 12 September 2013. Before taking a relationship to the next level, they dated for two years since 2011. 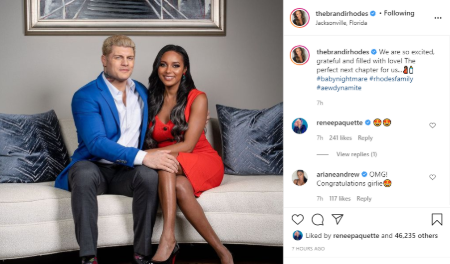 Walking into whereabouts, Brandi and her husband Cody worked at the same place. At the same time, Brandi realized Cody was the one she wishes to spend her life with. As of late 2020, the pair shares a lavish house in Jacksonville, Florida, the United States.

How Much Is Brandi Rhodes Net Worth?

Brandi Rhodes has an estimated net worth of $1 million. She owns a merch/clothing line of swimwear, "Confection Swimwear." Her husband is worth a staggering $4 million. Brandi was signed with a contract with WWE in March 2011 and assigned to Florida championship wrestling. In the same year, Rhodes made her debut, accompanying Lucky Cannon at an FCW house show. 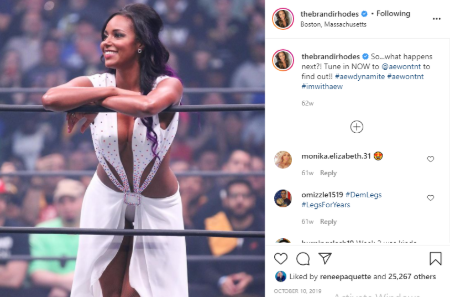 On 26th August 2016, Brandi was spotted at Wrestling Under the Stars in Cody Rhodes corner during his match against Mike Bennett. Two months later, she made her single debut at Pro Wrestling Magic against Jordynne Grace.

In early 2018, Brandi wrestled for Fight Forever Wrestling and won against Viper and Bea Priestley. Not only that, the 32-year-old made a guest appearance at Rising Wrestling 2019 opposite Britt Baker and Nyla Rose. That was the moment when Mrs. Rhodes has signed a chief brand officer of AEW.

Brandi Rhodes is happily married to her husband Cody Rhodes for seven years. The duo is expecting their first child in mid-2021.