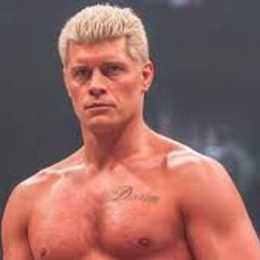 Cody Rhodes and his wife Brandi Rhodes, who are going to be parents, tied the knot in September 2013. The couple met while both serving for the WWE and soon turned their romance to the next level. On the December 16, 2020 edition of AEW Dynamite. Cody and his spouse announced they were expecting their first child after seven years of marriage. 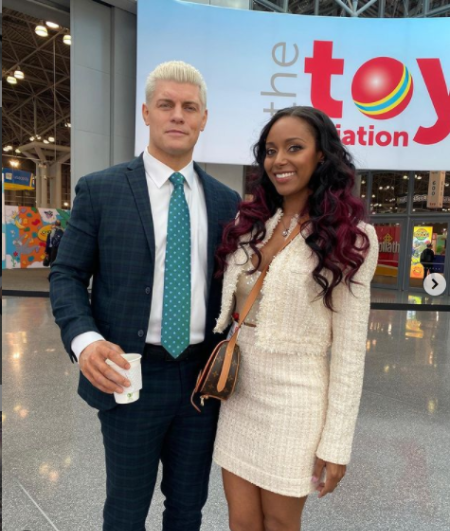 The athlete and his TV star partner can't wait to be more grateful and excited. Brandi tells PEOPLE, in seven years of relationship, they worked together to grow their careers and their core at AEW from the ground up, and now they are embarking on another incredible chapter. 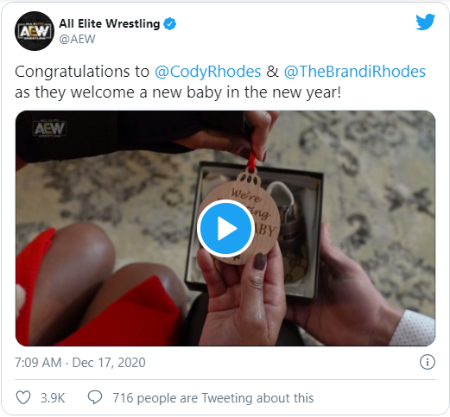 On 16 December 2020, Rhodes made their announcement via sweet video, which flaunted Brani,37, and Cody,35, decorating for Christmas before someone knock at the door. The lovebirds found a small wrapped gift on their doorstep, and inside the box is a pair of Gucci baby shoes. Also, the gift pack included a wood ornament disclosing their baby die in 2021.

Cody Rhodes possesses a staggering net worth of $4 million as of 2020. He had been a two-time Georgia state champion. He was a Triple Crown Champion in the WWR developmental territory Ohio Valet Wrestling. The 6 ft tall athlete debuted the character Stardust in 2014.

Stardust, as well as Goldust, received the 2013 Tag Team of the Year Slammy Award. He has notable won tag team championships with Hardcore Holly, Ted DiBiase, and Drew McIntyre.

Cody has a very big heart and has tried everything for the welfare of society. Amidst the pandemic, he released a new line of "American Nightmare" T-Shirts to be sold as merchandise. Not only that, Cody announced that the profits from the sales would be directed to the relief of COVID-19 patients.

Cody Rhodes is happily married to his wife Brandi Rhodes since 2013. The pair are expecting their first child in the mid-2021.