Home Article Brett Dalton and Eloise Mumford are in Relationship, Detail About their Past Affairs and Dating History

Brett Dalton and Eloise Mumford are in Relationship, Detail About their Past Affairs and Dating History 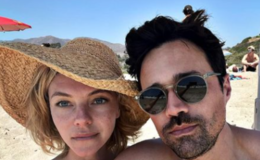 Brett Dalton is a well-known actor in the United States. In this article, learn about Dalton and Eloise Mumford's relationship.

Brett Dalton is a well-known actor in the United States. The roles of Grant Ward and Hive in the television series Agents of S.H.I.E.L.D. and Michael Munroe in the computer game Until Dawn from 2015 brought him the most recognition.

According to a recent post on Instagram, Brett Dalton, 39, is in a relationship with Eloise Mumford. In 2021, the couple appeared in a Hallmark Christmas movie in which their respective characters fell in love. 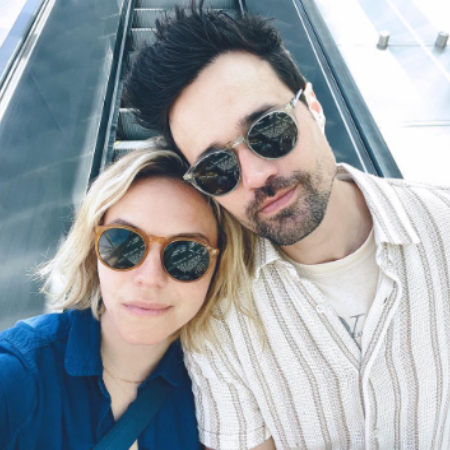 In an Instagram post, the 6'2'' tall actor captioned the image, "Love is in the air," which featured a photo of him and Mumford embracing each other. "And now, with the love of my life, Eloise Mumford."

The Hallmark movie One December Night included both Mumford and Dalton, along with Bruce Campbell and Peter Gallagher, as co-stars. In September 2021, the filming took to happen. A significant portion of the film was shot in the shared Choice Films studio in Goshen, Newburgh, and Poughkeepsie, New York.

Eloise Mumford Is Also An Actress

Eloise Mumford is a well-known American actress who has been on the television programs Lone Star, The River, and The Right Stuff, as well as in the film series Fifty Shades of Grey. In 2012, Mumford played the role of Lena Landry on the supernatural television series The River. 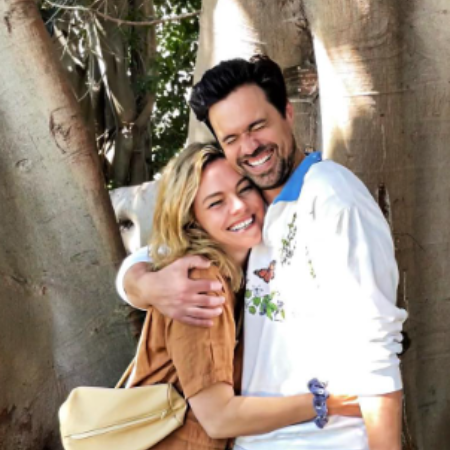 Eloise Mumford is a well-known American actress who has been on the television programs Lone Star, The River, and The Right Stuff, as well as in the film series Fifty Shades of Grey. SOURCE: Instagram

In 2010, Mumford was cast in the role of Lone Star on the Fox series, which was her first pilot season after graduating from college. She played the part of the female lead in both the Blumhouse Productions feature film Not Safe For Work, which Universal Pictures distributed, and the independent film Drones, which was directed by Rick Rosenthal and starred Matt O'Leary.

In February 2012, Eloise was given the female lead role in the ABC drama pilot drama, Reckless. In Fifty Shades of Grey from 2015, she played the character of Kate Kavanagh, Anastasia Steele's roommate. She reprised the role in Fifty Shades Darker, and Fifty Shades Freed films.

Standing Up, Falling Down was an independent film in which Eloise acted opposite Billy Crystal and Ben Schwartz. In 2020, she played the role of Trudy Cooper, the female lead in the streaming television series The Right Stuff on Disney+.

As per Distractify, Brett Dalton exchanged marriage vows with his wife, Melissa Trn, a costume designer. TMZ claims that Dalton and Trn first crossed paths at the Yale School of Drama. 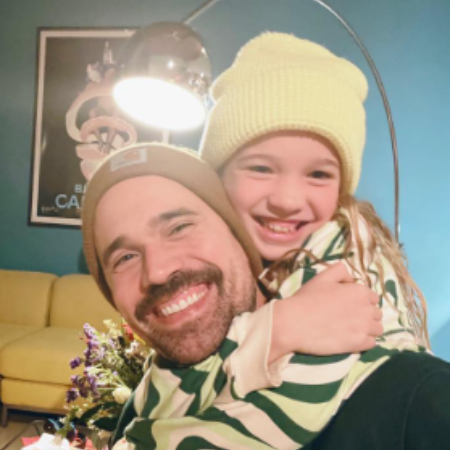 Sadly, the pair officially split up in 2019. They have a daughter together.

After trying out for a production of One Flew Over the Cuckoo's Nest, which took place at Westmont High School in Campbell, California, Brett Dalton became interested in acting and graduated from that school in 2001. While there, he served as president of the California Scholarship Federation and as president of the associated student body. 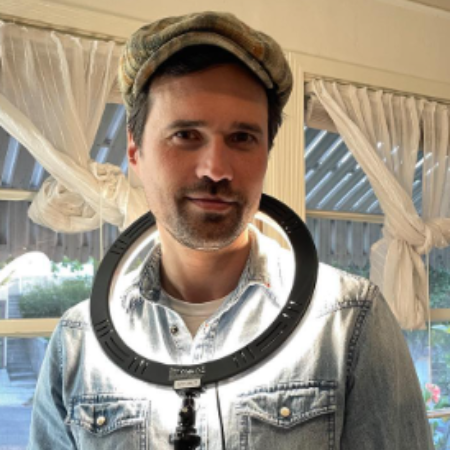 Brett Dalton is a well-known actor in the United States. SOURCE: Instagram

Dalton played a significant role in the film adaptation of My Favorite Year. He earned his bachelor's degree from University of California, Berkeley, and then earned his master's degree in dramatic arts from the Yale School of Drama in 2011.

In November 2012, Brett was cast in the leading role of Agent Grant Ward and Hive on the television series Agents of S.H.I.E.L.D., created and produced by Joss Whedon. Other television shows on which Dalton has appeared include Blue Bloods and Army Wives and the Tony and Ridley Scott Production Killing Lincoln on the National Geographic Channel.

On May 16, 2014, it was announced that Brett would star alongside Stana Katic and Emily Atack in the independent drama film Lost in Florence. In 2015, Dalton provided the voice for the character Mike in the video game Until Dawn. In February, Dalton received recognition for his work in the video game industry from the National Academy of Video Game Trade Reviewers.

Dalton has a starring role in The Resurrection of Gavin Stone, released on January 20, 2017. A recurring role as Interim Lieutenant Jason Pelham on the NBC drama series Chicago Fire was offered to Dalton in 2021.