Home Article WWE Star Brie Bella is Happily Married to Daniel Bryan; Planning for a Comeback in the Ring with Twin sister Nikki Bella in 2018

WWE Star Brie Bella is Happily Married to Daniel Bryan; Planning for a Comeback in the Ring with Twin sister Nikki Bella in 2018

WWE star Brie Bella is planning the best for her amazing comeback with her twin sister Nikki Bella in the ring the following year. She commenced training sessions with husband Daniel Bryan soon after some months of giving birth to her first child.

WWE Star Brie Bella is all set to make a comeback with her twin sister Nikki Bella in the ring the following year. She commenced training sessions with husband Daniel Bryan soon after few months of giving birth to her first child.

The happy couple is living a wonderful married life; they tied the knot in April 2014.

Brie Bella's Married Life With Husband Daniel Bryan; The Couple Has A Daughter Together

Brie Bella tied the knot to Daniel Bryan on 11 April 2014 at the L'Auberge Resort and Spa in Sedona, Arizona. 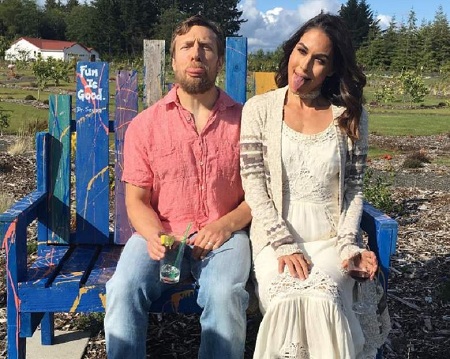 Their love story actually started back in November 2010 Monday Night Raw where Brie accompanied Daniel to the match. After the victory, the two celebrated the moment together.

Daniel Bryan spilled the beans with PW Mania in 2013,

"It actually started as a storyline and then we really hit it off. Actually, it was shortly before our storyline ended we kind of started dating each other. We kind of started off real slow, but now we’ve been together for two and a half years."

The couple as of now is happily married, and the proud parents of a baby girl are already planning for a second child. Bella welcomed her first child with husband Byran on 9 May 2017 and named her Birdie Joe Danielson.

"There is no better feeling in the world than meeting your daughter. I can't even express the overwhelming joy and love that Bryan and I are feeling."

"Now we know what parents mean about the love you feel when you first meet your child. Thank you all for your thoughts and prayers on the safety of Birdie coming into this world."

Furthermore, the couple is planning to have one more child. Brie revealed in a video blog that Daniel wanted to have a son.

Brie started her training for her ring return just months after giving birth to her first baby girl.

"I’ve literally had a baby two months ago and I feel like I haven’t worked out for 20 years."

Both twin sisters are making their best attempt to return in the ring with a bang. Nikki is recovering from a neck injury, and these gorgeous ladies are planning their best for the incredible comeback.

Chic and Comfort all in one place @vintagehousenv ? LOVED this gem of a hotel!!! It was the cherry on top of our wonderful weekend!! ?? #Yountville #NapaValley #Wine #boutique #hotel #chic #VintageHouse

"Do you know how many people ask me, 'When are you going to make your comeback?' Well, I did have a baby nine months ago, and I did have an emergency C-section."

They are planning to return back to the ring in 2018. Get ready guys. The Bellas are back! 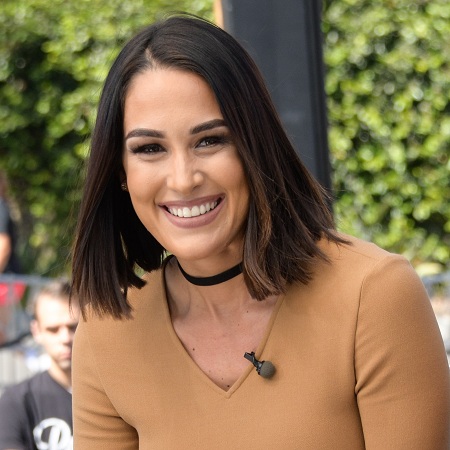