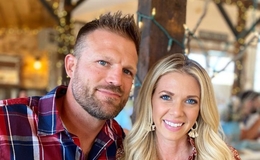 The former UFC fighter & contractor Bristol Marunde is also known for his appearance as a host alongside his wife Aubrey Marunde on 'Fix or Flop Vegas.' But here's what you can learn about Bristol's married life.

Bristol Marunde is off the market. Bristol is indeed a happily married man. This handsome lad is in matrimony ties with his beautiful wife, Aubrey Marunde. And, his soulmate Aubrey is a real estate entrepreneur and host of HGTV's 'Flip or Flop Vegas." 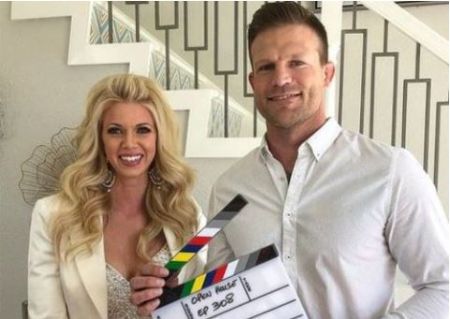 Bristol Marunde and his wife, Aubrey Marunde, on the set of the show HGTV. SOURCE: Instagram(audreymarunde)

As Marunde has garnered many fans across the world with his fighting skills and in-ring performances, the fighter is also fond of sharing adorable pictures of his partner along with his kids on Instagram for his supporters.

In February 2020, Marunde shared a selfie of the two with a sweet message on Valentine's Day. In his word, Bristol made his wife feel special by writing, "Happy Valentines Day! It's real love and commitment through thick and thin @aubreymarunde (ps its cute don't yell at me)." 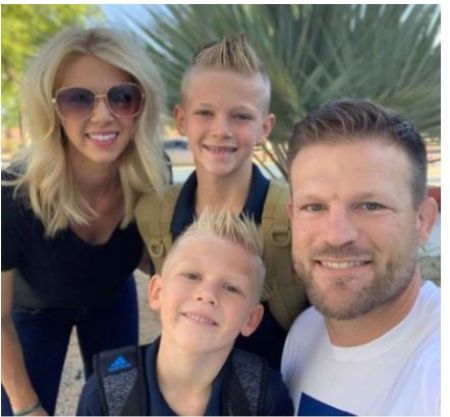 In the meantime, the duo met for the first time in 2009 when Aubrey attended one of his professional fights. After that, the two went on a coffee date. Slowly, Marunde and his wife fell in love & started a romantic relationship.

After remaining in a dating relationship for six years, Bristol & Aubrey finally decided to exchange vows after Bristol popped the question. Marunde and Aubrey walked down the aisle in the presence of their family and close ones on May 23, 2015. The secret wedding of Marunde was held at a family home in Las Vegas.

Since the wedding, Bristol Marunde and his spouse Aubrey Marunde have shared an unbreakable marital bond. What's more, Bristol and Aubrey are proud parents of their two children. The pair welcomed their first child, a son named Kale Marunde, in 2010. Later, Aubrey added another son Kane Marunde to the family of three in 2013. 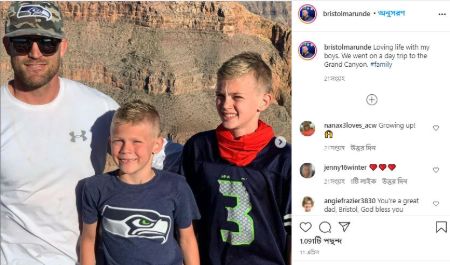 Bristol Marunde is a real estate expert and a designer. SOURCE: Instagram (BristolMarunde)

Likewise, the couple holds unconditional love for one another and regularly hangs out together at lavish destinations of their choice. In an interview with HGTV, Mrs. Aubrey also said that their marriage been all about fulfilling their relationship goals and aspirations from the day she first met Bristol.

Here's the video of Bristol and Aubrey's starring together in HGTV below.

All in all, The Flip or Flop Vegas co-host star relishes his life with his family by performing as a husband's role and a proud father's role. Currently, the family of four resides at their home in Los Vegas, Nevada.