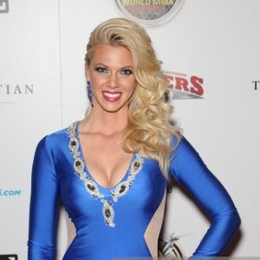 If you have ever come across HGTV's Flip or Flop Vegas, then you might be familiar with Aubrey Marunde, who stars in the popular house fixing show. Speaking about Aubrey, she has over a decade long experience in the real estate industry. Apart from that, she is also a skilled gymnast and a former cheerleader.

The beautiful TV host Aubrey Marunde is living a blissful married life with her husband, Bristol Marunde, for many years. Her spouse Bristo is a professional American mixed martial artist and contractor. 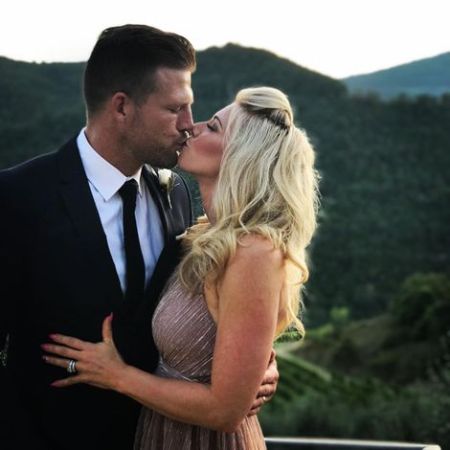 The couple first met when the lady attended one of Marunde's UFC fights in 2009. A few days later, they went out for a coffee date to talk about buying a new house for Bristo.  From that day onwards, they grew attached and fell in love.

Speaking in an interview with HGTV, the television star said:

“We laid it all out on the table about where we were in life and what we wanted and expected in a relationship,” she told HGTV, “and from that day forward it’s been all about fulfilling our goals and aspirations.”

After almost six years of being in a close relationship and creating an inseparable bond, the pair decided to get married. Subsequently, the couple exchanged wedding vows on May 23, 2015. 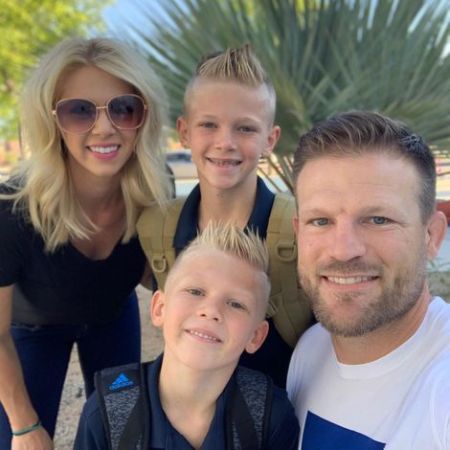 Aubrey Marunde's Net Worth And Assets

Check out the clip of Aubrey Marunde's TV show, "Flip or Flip Vegas"!

Alongside her partner Bristol, they are hosts in the HGTV television series "Flip or Flop Vegas." In the show, Aubrey works as a real estate expert and designer, while the former MMA fighter is the contractor and handles design as they work together in renovating houses in Las Vegas. So far, the reality series has aired three seasons. 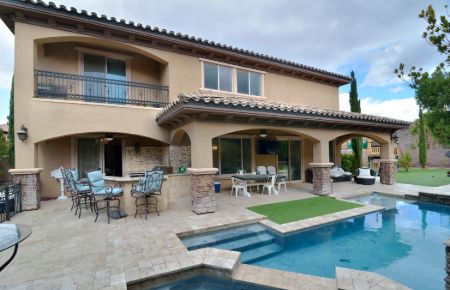 Marunde also owns a multi-million dollar house in Henderson's Anthem community in Las Vegas. The beautiful home has a swimming pool, a huge dining room, a backyard playground for kids, and many other cool kinds of stuff.

Aubrey Marunde is happily married with her husband Bristol Marunde. Her partner is an American mixed martial artist.

Aubrey Marunde with her partner Bristol Marunde's first son is Kale Marunde. He was born in 2010.

Aubrey Marunde and her husband Bristol Marunde's youngest child is Kane Marunde. He was born in 2013.