The Complete Timeline of Britney Spears and Sam Asghari's Relationship 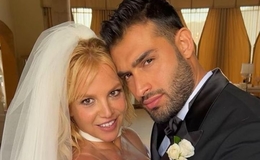 Britney Spears has seen many ups and downs throughout her decades-long career. From her ultimate ascent as the princess of pop, tumultuous personal life, a decade-long conservatorship, and now her comeback, the world knows the pop icon has paid a heavy price for her fame. Spears's 90s hitmakers Baby One More Time, and Oops!… I Did It Again is still etched onto our fondest song collection. Her stature as the unbeatable star may have long withered, but Spears's iconic image will live on forever.

Spears, 40, was freed from her 13-year-long abusive conservatorship, under her father, Jamie Spears, in 2021. Life has since come full circle for the Grammy-winning singer. Spears has once again delved into marital life with Iranian-American actor Sam Asghari, and the two have shared their journey with their millions of fans. Britney suffered two failed marriages in the past, and the singer shares her two sons with her ex-husband Kevin Federline.

The world has always kept a scornful gaze on couples with staggering age gaps, and more so in Spears and Asghari's case, who are 12 years apart. Trolls initially attacked the Iranian-American actor for choosing Britney because of her fame and wealth. But after a year of close observation, thanks to their highly-publicized relationship, we can all agree on the fact that the couple indeed shares a real bond. Spears and Asghari were first linked in 2016 after they met on the sets of Britney's Slumber Party MV. 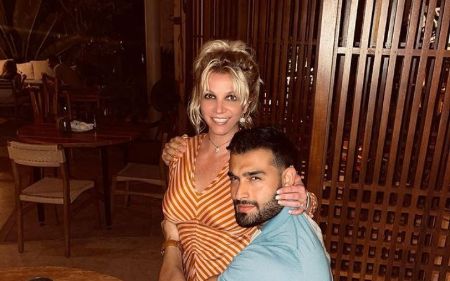 One a world-renowned superstar and another, an unbranded actor; of course, no one, including Britney and Sam, would have thought their lives would be intertwined in a matter of months. Asghari was a fan and was thankful to be near the pop star for the first time. "I was excited that I [would] get to meet one of the biggest artists of all time. I had butterflies," the actor said while recalling their first encounter. Sam would be lying if he said he didn't try to woo the singer, but he being an honest man, revealed the guilty attempt, albeit an awkward one.

"She said, 'Hi, I'm Britney,' and I said, 'I'm sorry, what's your name again?' "I tried to be funny. I don't think anybody got it," Asghari shared. Despite his bad joke, the Baby One More Time crooner was charmed by Sam's exotic features and, shall we say, hooked after they started to connect off the sets. It didn't take them long to start dating, and by early 2017, the unexpected twosome was Instagram official.

Britney and Asghari tied the knot in a star-studded ceremony earlier this year!

Britney and Asghari haven't looked back since and have only come off as a power couple. After over four years of fun-filled adventures, PDA-packed public appearances, dapper red-carpet attendance, and frequent sweet shoutouts, the couple took their relationship up a notch by announcing their engagement in September 2021. (They) proud to celebrate and confirm the engagement," Sam's manager Brandon Cohen said in a statement. An over-the-moon Spears took to Instagram to show off her massive diamond ring and commemorate the new milestone.

Spears set the marriage rumors loose when she referred to Asghari as her husband earlier this year, along with the news of their first pregnancy. "My husband said, 'No, you're food pregnant silly. So I got a pregnancy test, and uhhhhh well, I am having a baby," the One More time singer wrote casually in a post. The pair faced their first heartbreak when they lost their unborn baby to miscarriage a month later.

But life goes on, and so it did. After their first setback as a couple, Britney and Asghari were ready to take the ultimate venture in their years-long relationship. The duo walked down the aisle in June 2022 in front of more than 60 guests, including Madonna, Paris Hilton, and Drew Barrymore. "I am ecstatic this day has come, and they are married. I know he wanted this for so long. He is so caring and supportive every step of the way," Sam's manager said.

With Britney's irreplaceable legacy in the industry and her amassed $60 million net worth, anyone is bound to conceive Asghari, an aspiring actor, as a trophy husband. Asghari is not as accomplished as his wife, but the actor's credits are no less. Born and raised in Iran, the 28-year-old came to the States after his father to find his American dream. Asghari was an aspiring athlete before he shifted his gear to work in the fitness industry. 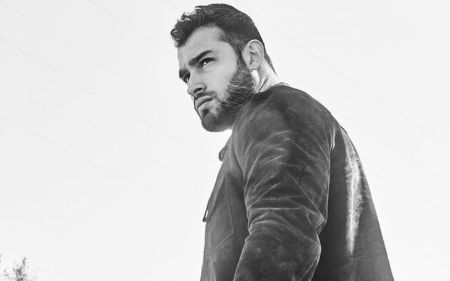 Asghari became a personal trainer after losing 100 pounds and obtaining learned skills and confidence in the field. The actor keeps his followers updated on his workout routine and planned diets. It wasn't long before Sam's excellent physique, and sharp looks landed him modeling gigs and, eventually, roles in music videos and shows. Asghari's acting credits include Black Monday, The Family Business, Hacks, and Can You Keep a Secret.

Asghari has gained the reputation of being a poster boy for supportive husbands in showbiz. Since coming into the limelight with the association with the Grammy winner, the fitness trainer-turned-actor has stood sternly by his wife. "I have always wanted nothing but the best for my better half, and will continue to support her following her dreams and creating the future she wants and deserves," Asghari told People.

Spears has had her share of over-publicized relationships and failed marriages. The Toxic singer has dated many high-profile faces, married two small-time celebrities, and had kids with one of them. Spears was at the height of her career when she started dating Justin Timberlake in 1998. When their picture-perfect romance came to an end in 2002 because of Britney's infidelity, Timber penned his agony into his hitmaker Cry Me a River. 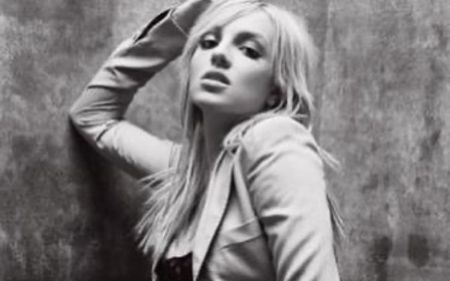 The One More Time crooner was linked with dance choreographer Wade Robson, Fred Durst, Jared Leto, Colin Farrel, and Columbus Short for consecutive years before she married her childhood friend Jason Alexander in 2004. But the nuptials was annulled after only 55 hours, so perhaps it doesn't count. Britney's second marriage with backup dancer Kevin Federline came a few months after her first.

The singer and dancer were married from 2004 to 2007, during which they welcomed two sons, Jayden, 16, and Sean, 17. But judging by the recent headlines, the singer has a strained relationship with her ex-husband and their sons. "I love you a lot, I hope for the best for you. Maybe one day we can sit down like this and talk again," said Spears's son Jaden while revealing he and his brother weren't in touch with their mother. 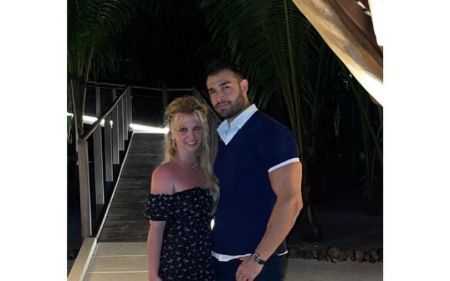 The Womanizer singer dated producer Charlie Ebersol for a year before meeting Sam and was with lawyer David Lucado in 2013. Spears had the most stable relationship, from 2009 to 2013, with manager Jason Trawick and the duo even got engaged at one point. She has also been linked with Adnan Ghalib, Criss Angel, and Howie Day.